The car landed on top of two electrical transformers and a fence. 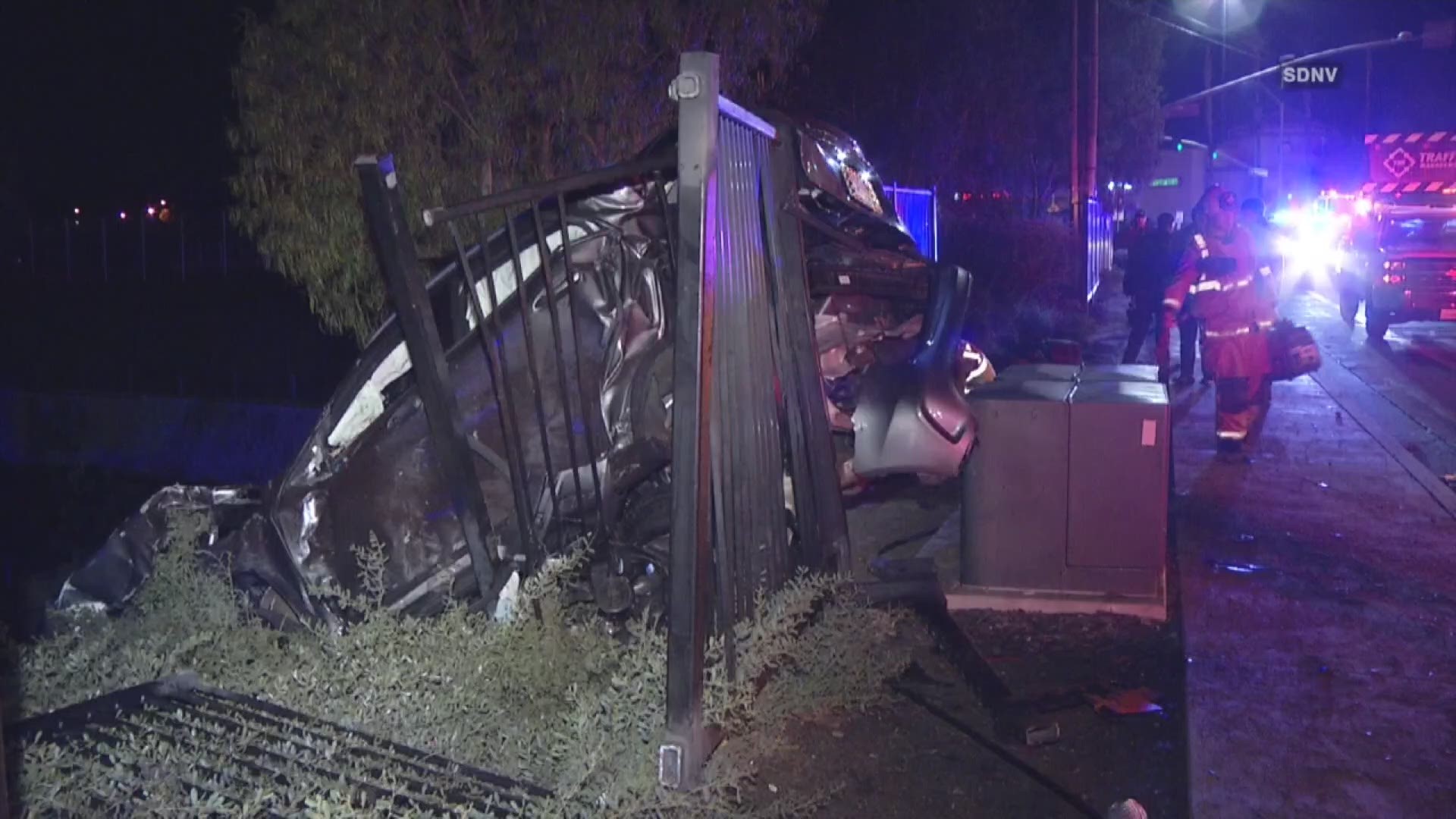 It happened just after 2:00 a.m. near San Marcos Blvd., according to fire officials.

The car landed on top of two electrical transformers and a fence.

According to responders, Carlsbad police were chasing the male driver when he lost control.

Firefighters had to stabilize the vehicle before they could help the driver get out of the car.

He reportedly suffered minor injuries and was transported to the hospital.