Forensic expert: ‘They are gunshots’ recorded in Millete neighborhood 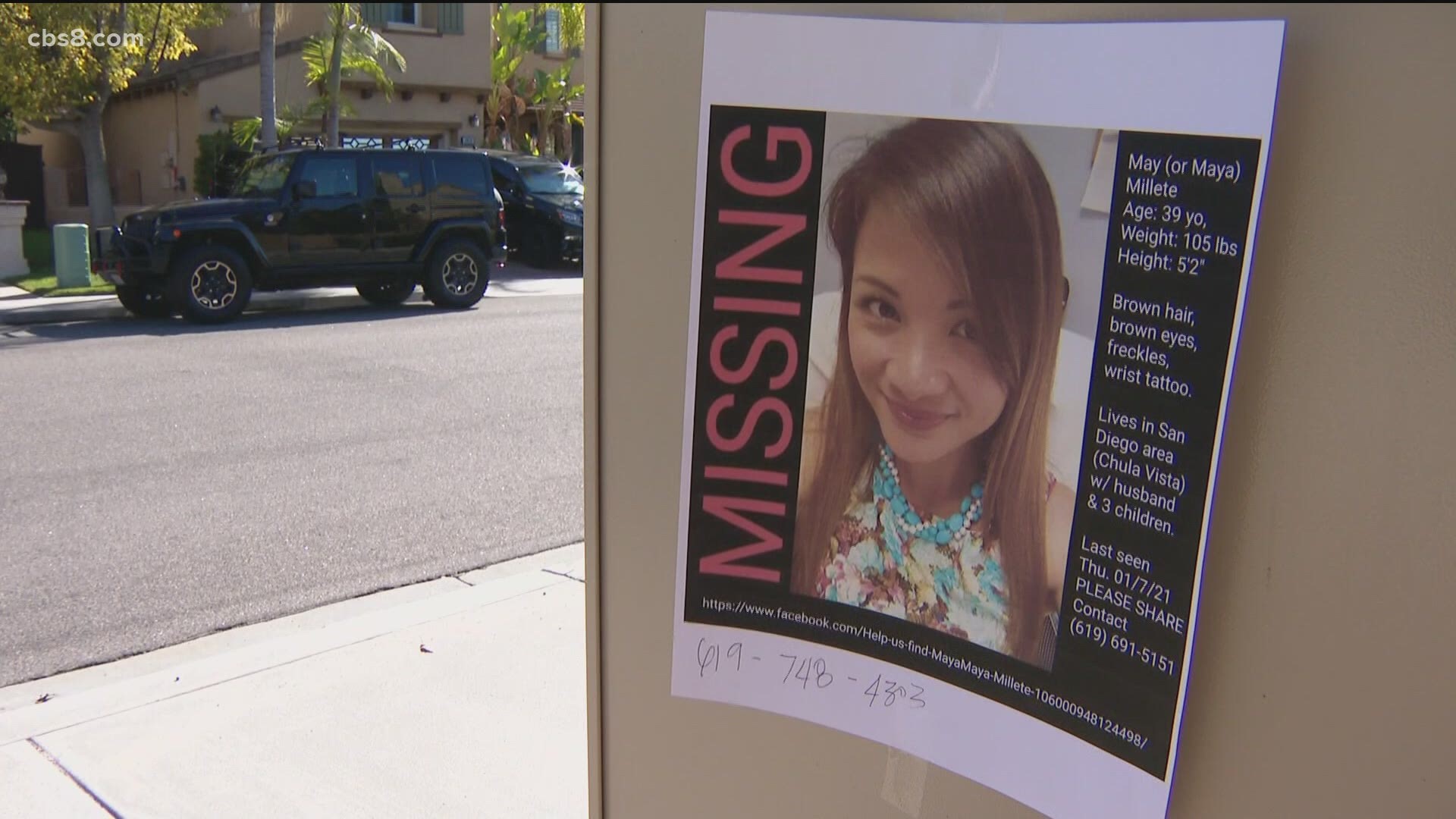 CHULA VISTA, Calif. — Eight loud bangs recorded in Maya Millete’s neighborhood on the night she went missing have been identified as gunshots by a forensic audio expert.

Over the weekend, News 8 obtained a cleaner, digital copy of the camera's original audio recorded at 10 p.m. on January 7, the night Millete went missing.

The audio has some background hiss, but the expert said that noise can be removed.

“It’s just going to be a matter of plotting through it. It is not like you see on TV somebody pushes a button and it just happens. It's manually going through it, bit by bit,” said Bryan Neumeister, CEO of USA Forensic LLC in Phoenix, Arizona.

“They are gunshots. I don't have a question about that. They do sound like they're indoors, at least the first few of them. I haven't analyzed them completely but it definitely sounds like it's inside a house,” Neumeister said.

The audio expert received the audio recording over the weekend from an attorney working with the family of Maya Millete.

“The way it peaks so quickly – and just the sound of a gun after doing 41 years of this – it's fairly easy to recognize,” said Neumeister.

It's going to take about a week for Neumeister to fully clean up the audio.

“I'm going to be able to clarify, get rid of all the background noise. If there's some[thing] like a human voice, I'll be able to spot that quite easily. Even if it is buried, I'll be able to bring it out,” said Neumeister. “I have to clean it up enough that there's no question about what's there, and that is something I do every day.”

A neighbor, who wanted to remain anonymous, initially allowed a reporter to record the surveillance audio with a cell phone. News 8 released that audio on April 8 and the recording included six of the initial shots.

The neighbor then released a clean, digital copy of the audio on April 17.  The digital copy was longer in length and included two additional gunshot sounds for a total of eight shots.

All eight shots are heard over a period lasting 79 seconds.