Dozens searched an East County trail for Maya Millete, a Chula Vista mother of three who went missing three months ago. Police have not named a suspect or new leads 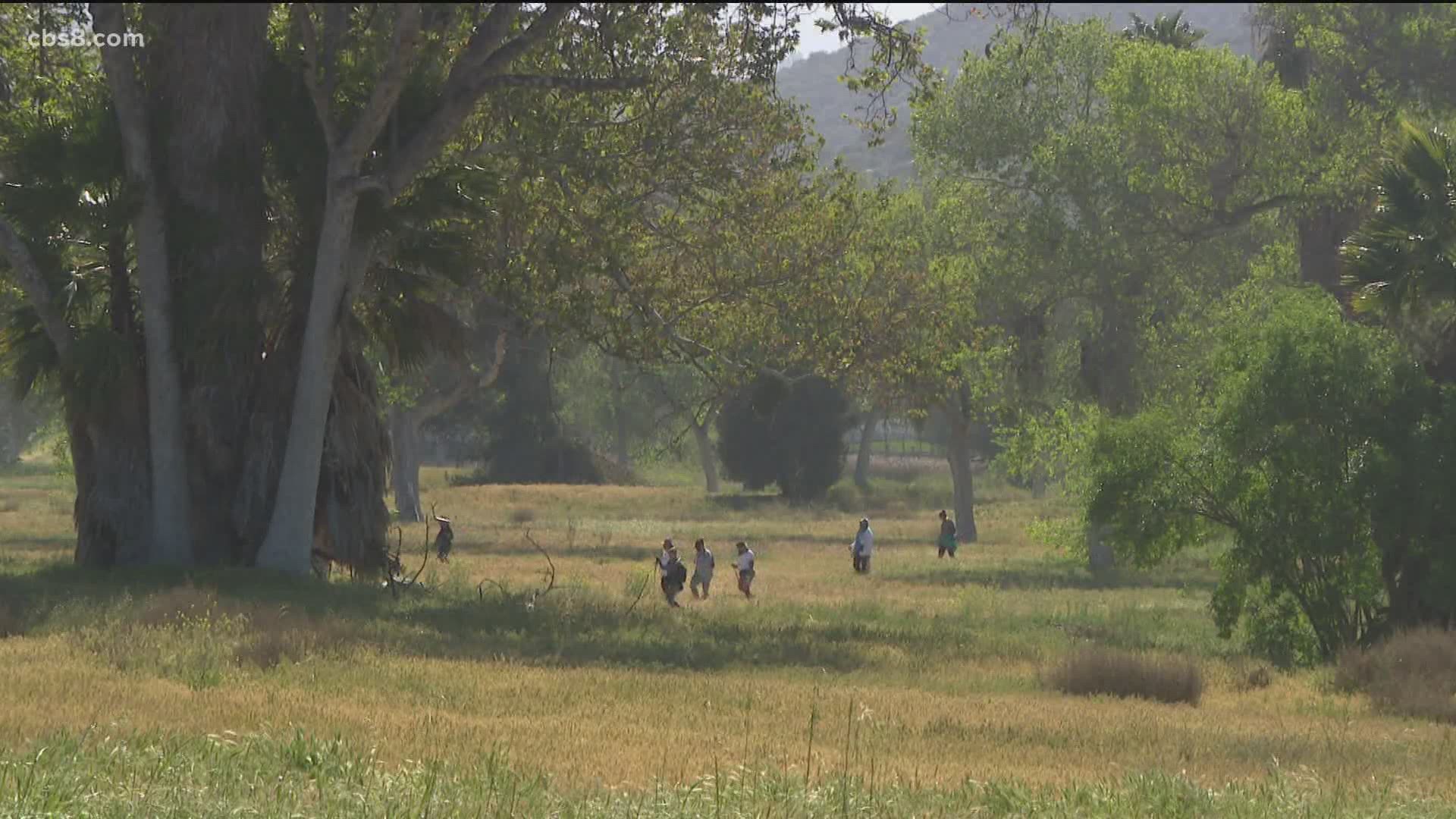 "It's a very crucial period because it's been three months. We have color-coded hats, and our backpacks are easily recognizable. We have walkie-talkies, we have drones and we have rock climbing gear in case any of us need to make a descent,” said Liliana Burke, Maya Millete's Search Warriors lead organizer.

Down to wearing snake guards to protect their legs, Burke created a detailed search map for the group of 50 to use by scanning a QR code. Burke says they chose this East County area to look for the 39-year-old missing mother of three because someone reportedly last saw Maya's Lexus SUV in the area before she disappeared in January. Some searchers came with ATVs and off-road vehicles.

Maya's sister and brother-in-law Maricris and Richard Drouaillet showed up to the search from their home in Riverside County. Burke says the couple travels 2 to 3 hours every single weekend to look for Maya in hopes some new evidence will appear.

This week, Maya's father-in-law Benito Millete said he too hopes they find Maya alive saying, "We are still waiting."

The family will appear on Dr. Phil on April 12 to discuss the missing persons case.

"We have to just keep looking because May has to be somewhere,” Burke said.

A march and rally and vigil are to take place at the Chula Vista Community Park on Sunday, April 11 at 12-3 p.m.