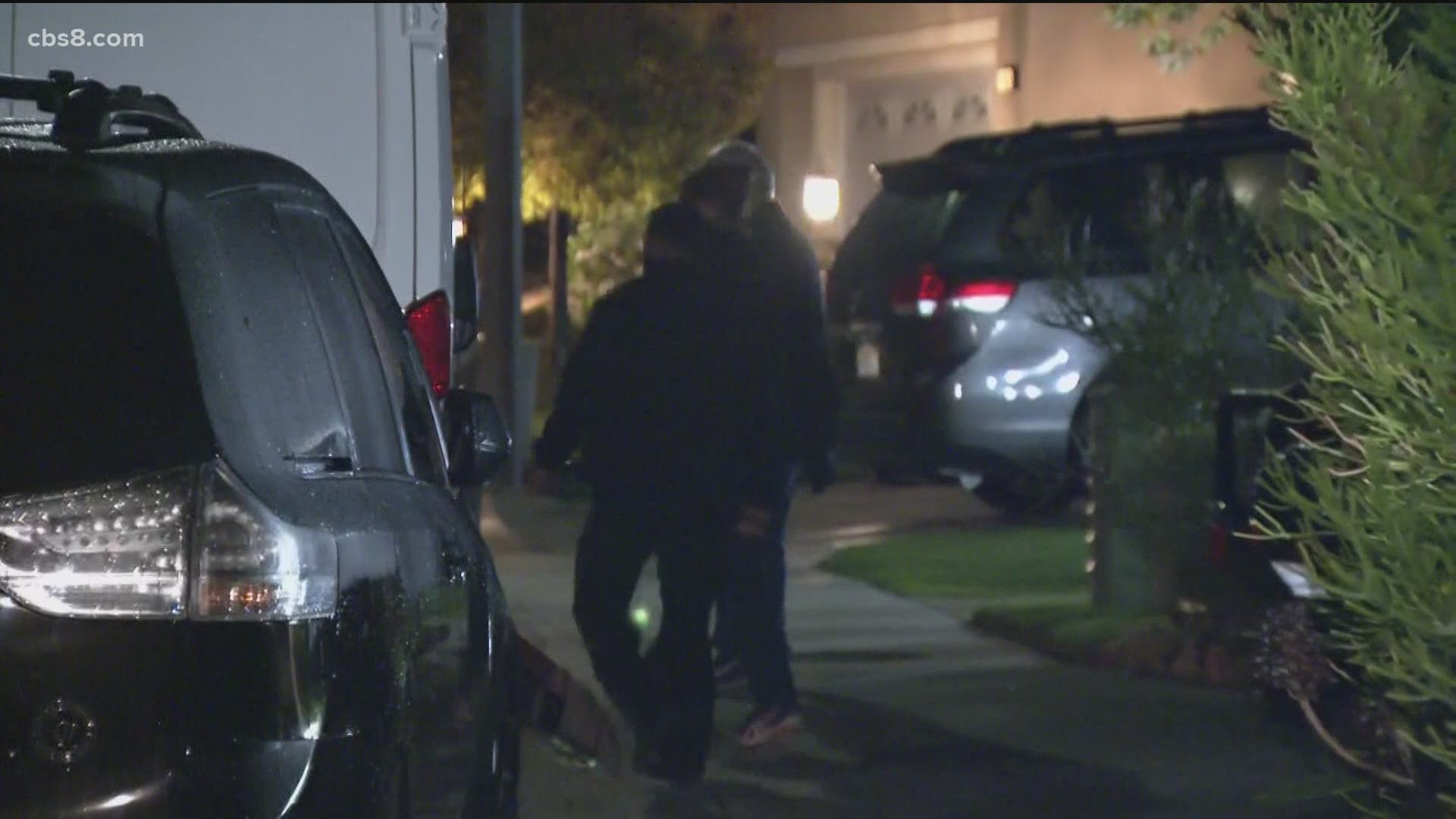 SAN DIEGO — A missing page of the original application for a gun violence restraining order against Larry Millete was posted Monday on the San Diego County Superior Court website; alleging the father's 4-year-old son was in "extreme danger" because of the child's access to a cache of weapons and ammunition.

A photograph -- allegedly downloaded by police from Larry Millete's cell phone on January 23 -- showed the boy standing on "a kitchen table with a cache of 16 firearms, 4 United States Passports, a government Identification card, several high capacity magazines and hundreds of rounds of ammunition," according to the newly-released record.

The timestamp on the photograph of the boy indicated it was taken on January 9, 2020, according to the updated restraining order declaration.

The photograph, as well as a second photo showing the cache of weapons without the boy standing on the table, have been sealed by the judge in the case.

"The child imaged in the photograph is the child of [Millete].  The child had immediate access to the illegal assault weapons and the fourteen other firearms and ammunition creating a potential extreme danger to the child and those physically present at the home," the declaration continued.

The gun violence restraining order was handed down May 5 against Larry Millete, the husband of Maya Millete, a Chula Vista mother who has been missing for four months, according to court records.

The records said the husband was ordered to surrender all his weapons and ammunition to police, two days before officers served a second search warrant on his home on May 7.

Chula Vista police served the first search warrant on the Millete home on Paseo Los Gatos on January 23.  They seized an illegal assault rifle, as well as two Glock handguns that were legally registered to Larry Millete, the records said.

The assault weapon was a “JD Machine, Model TR 1, Multi Caliber” and was unregistered to Larry Millete, according to the records.

In the May 5 application for the restraining order, an officer wrote the father of three children may own as many as 20 firearms – and 18 remain unaccounted for – according to the records.

“Respondent [Larry Millete] told officers that he knew they were coming for his firearms and he gave multiple firearms to his friends.  Respondent refused to disclose the names of the people possessing respondent's firearms,” the restraining order application alleged.

The “unregistered assault weapons” found at the uncle’s house were described as an “Aero Precision, Model: SPR-2, 7.62 Caliber” and a “Hi-Point Firearms, Model 4595, 45 Caliber.”

“The danger consists of children having access to firearms, possession of illegal assault weapons, possession of unregistered firearms, allowing a third party to possess firearms without a legal transfer, and the recent purchase of firearms subsequent to the execution of a search warrant of his home where illegal firearms were seized,” according to the gun violence restraining order application.

Judge Bacal ordered Larry Millete’s name and address redacted from the court records until a hearing is held on June 22.  However, Millete's name is associated with the restraining order case number, when searched through the San Diego County Sheriff's Department website.

During the June hearing, the judge will decide whether to make the gun violence restraining order permanent for at least 12 months.

News 8 reached out to Larry Millete for comment, but he did not respond.