Investigators are still trying to determine if the victims of the crash were immigrants or farmworkers. 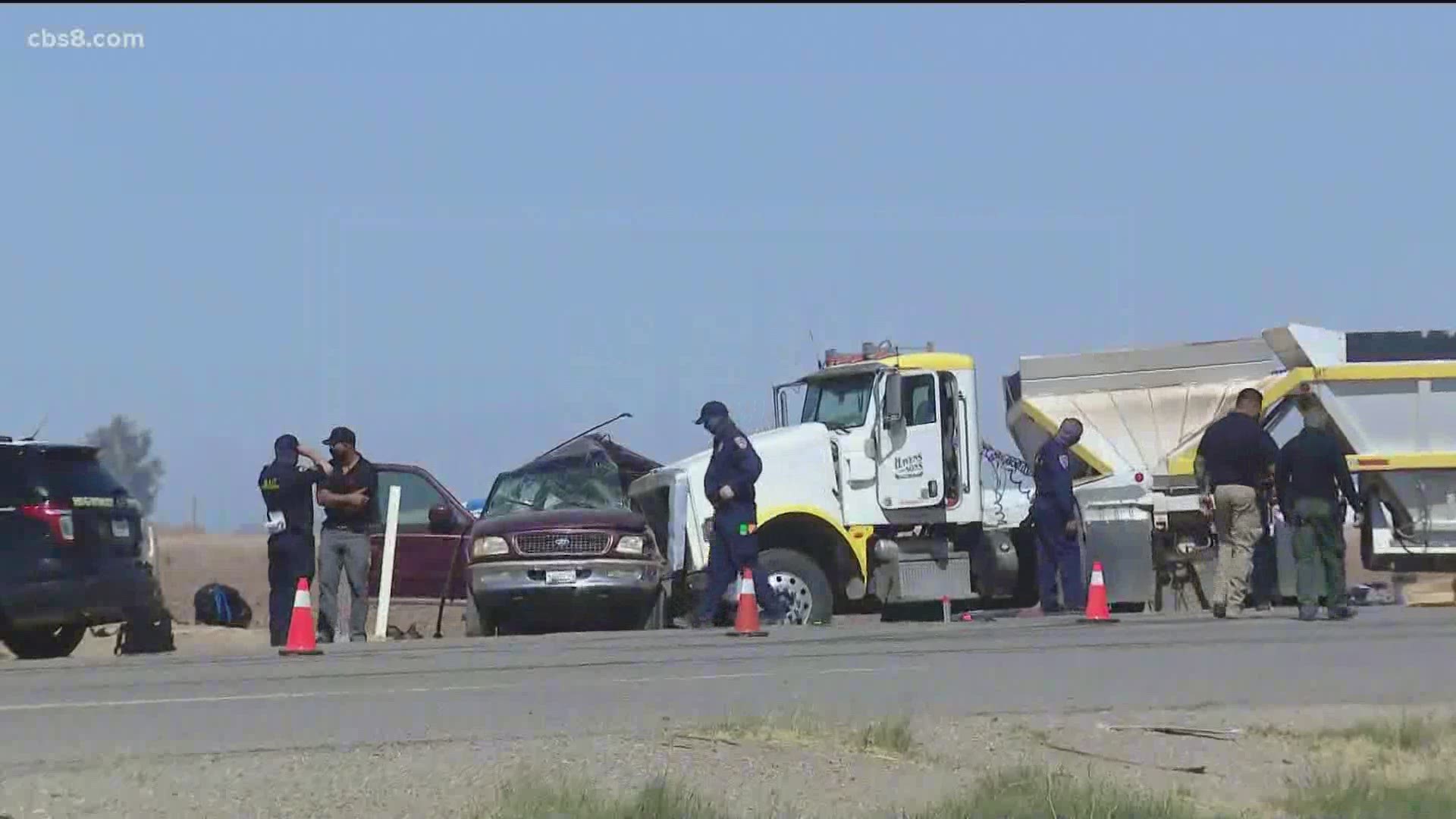 HOLTVILLE, Calif. — News 8 has learned that special agents from Homeland Security in San Diego arrived in Holtville and are now conducting a human smuggling investigation. Twenty-five people were crammed into a Ford Expedition which is only made to safely seat 8 people.

Thirteen people are dead after the crash between the Ford Expedition and a tractor-trailer that was hauling gravel.

On Tuesday, the scene of the accident was pure chaos by the time first responders arrived. Bodies were thrown from the vehicle, some wounded and others dead on the scene. At least 6 people from the crash were taken to UC San Diego in Hillcrest.

Joining Homeland Security in investigating the crash will be the NTSB. They hope to find out why and how the crash happened in the first place.

As of Wednesday there has not been any information released about the victims of the crash, including their names. However, according to the Associated Press, “Roberto Velasco, director of North American affairs for Mexico’s Foreign Relations Department, confirmed Tuesday on his Twitter account that at least 10 of those killed have been identified as Mexican nationals. No identities have been released.”

Investigators are still trying to determine if the victims of the crash were immigrants or farm workers. In a news conference on Tuesday afternoon, California Highway Patrol said the Ford Expedition was not being pursued by law enforcement before the crash.

CHP said 68-year-old Joel Beltran of El Centro was driving the big rig and is in the hospital.