Witnesses said the man was destroying property and threatening people with a metal rod. 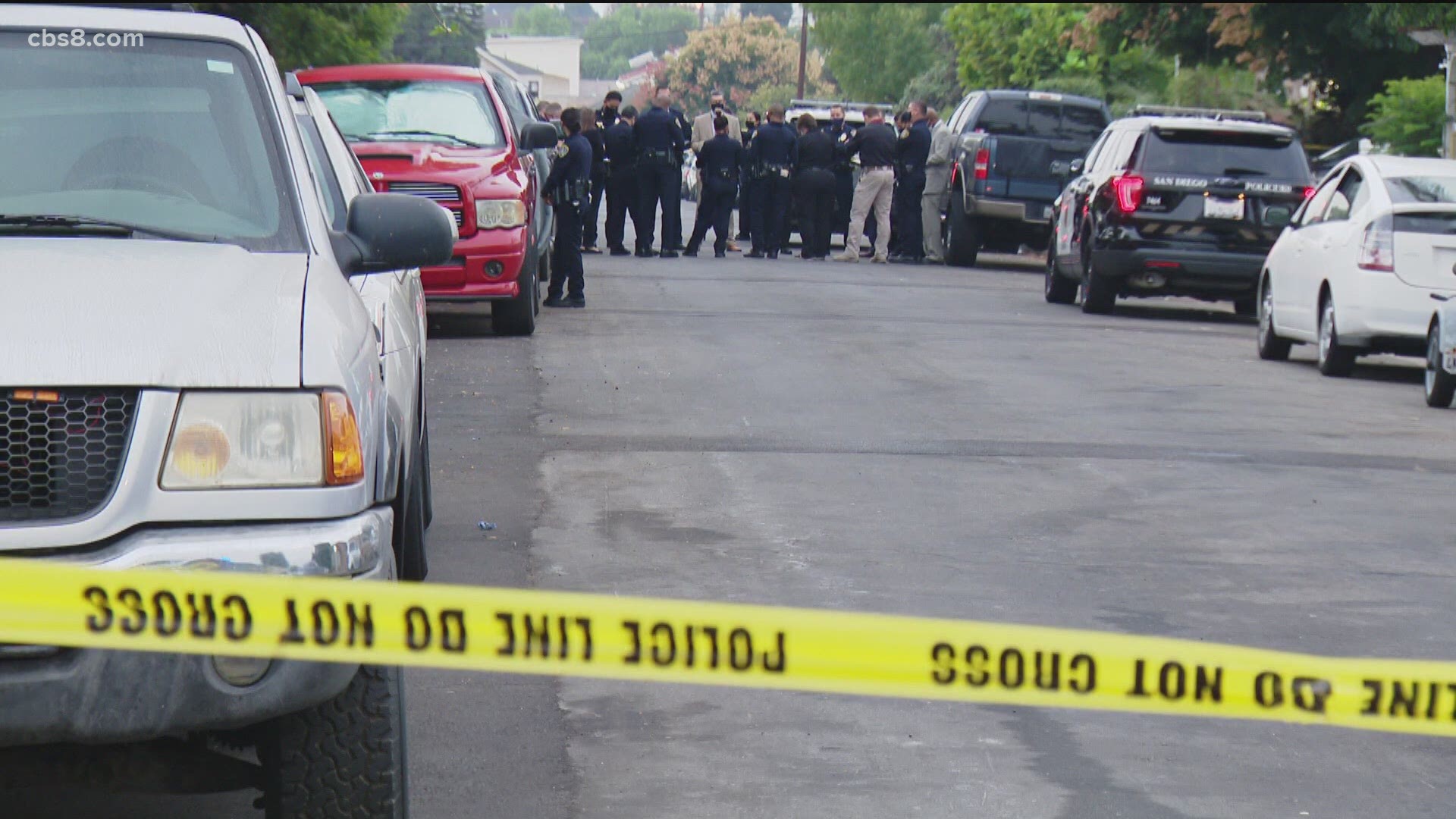 Officers responded to a disturbance call just after 4 a.m. in the 300 block of South Pardee Street, according to the San Diego Police Department. The call originally came in as a report of vandalism but was upgraded when other callers reported a "violent disturbance involving a weapon," police said.

Witnesses said the man was destroying property and threatening people with a metal rod.

The residents of the home were woken early in the morning by the man and described his behavior as paranoid, police said. He reportedly ripped a metal curtain rod from a window and began breaking windows and other objects in the home, the residents told police.

"Fearing for their safety, they asked another resident to call 911," police wrote in a news release Monday afternoon. " A neighbor also heard the commotion and called 911 reporting it sounded like someone was being tortured."

When officers arrived at the scene, they said they could hear the man yelling and breaking objects and could observe him through a front window. They gave commands in English and Spanish but received no response, according to SDPD.

The man then crawled through a broken window and made his way to the front gate of the property, officers said. He then ran at the officers with the metal pole, police reported.

The injured man was taken to a hospital, but later died from his injuries.

The officer that fired the handgun was placed on paid administrative leave, according to police.

The man has been identified as a 39-year-old Hispanic male and his name was withheld pending family notification.