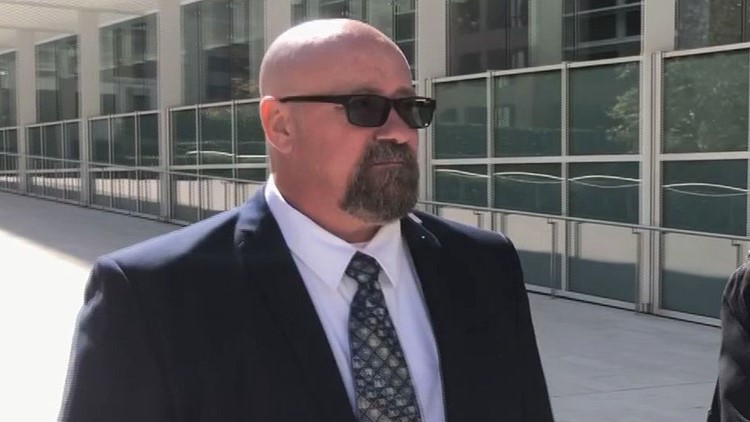 A retired San Diego Police Department homicide detective testified Thursday he did not lie in a search warrant affidavit in order to seize property from a former police crime lab employee.

“Everything in the affidavit was true,” the former SDPD detective, Michael Lambert, told the jury under oath.

In his 2014 search warrant affidavit, detective Lambert wrote that cold-case detectives were assured, "cross DNA contamination is not possible."

In court Thursday, multiple witnesses testified contamination is, indeed, possible in any police crime lab, especially back in 1984 when the evidence from Torrey Pines murder was processed.

In previous testimony, the criminalist who handled the 1984 Torrey Pines murder evidence, John Simms, admitted that contamination may have occurred.  That’s because lab workers, including Brown, routinely brought their own semen into the lab in 1984 to use as control samples, Simms testified.

Low levels of Brown’s semen DNA were found on the evidence swabs.

In her federal lawsuit, Brown’s widow alleges the search warrant was obtained under false pretenses and officers seized personal property beyond the scope of the warrant.

The stress of being named a homicide suspect resulted in Brown taking his own life, the lawsuit claims. Brown had a long history of depression and anxiety, according to court testimony.

“I did nothing to put pressure on him,” testified Lambert, who is being defended by the San Diego City Attorney’s office.

Lambert was an SDPD detective for 25 years before retiring in 2017.