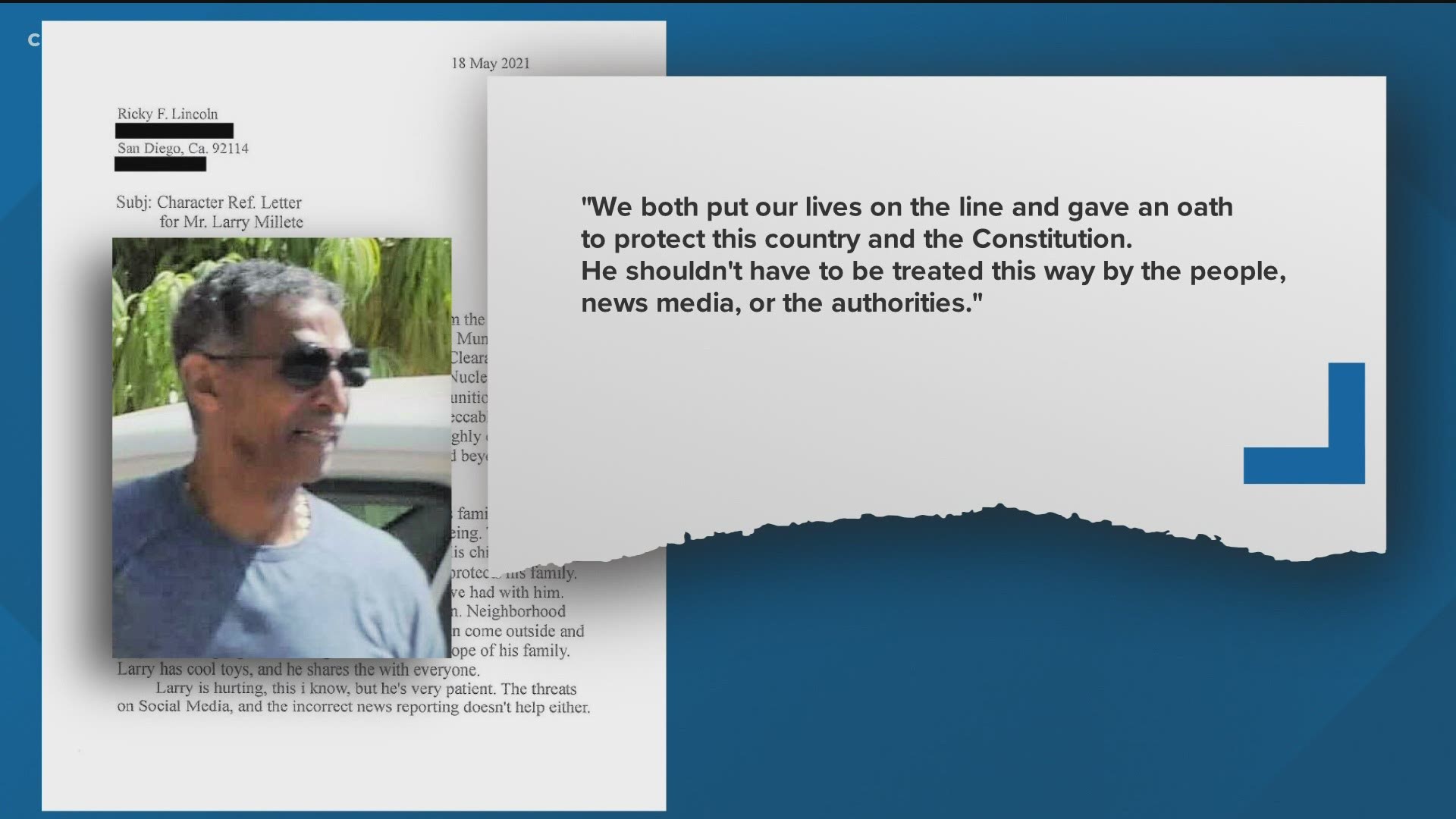 SAN DIEGO — The uncle of Larry Millete is coming to his nephew’s defense in advance of a gun violence restraining order hearing set for next week.

Ricky Lincoln filed a court declaration on Wednesday that said his nephew was loyal to his wife, Maya Millete, who has been missing more than five months.

On April 1, Chula Vista police served a search warrant on Lincoln’s house in Encanto, seizing at least five guns and five lower assemblies from stripped-down AR-15 rifles, according to court records filed in a temporary gun violence restraining order filed against Larry Millete, the husband of the missing mother.

“Larry is hurting... The threats on social media, and the incorrect news reporting doesn't help either.  Last I heard in this country, you're innocent until proven guilty,” the uncle’s declaration said.

Maya Millete – the mother of Larry’s three children – went missing on January 7 from the couple’s home on Paseo Los Gatos in Chula Vista.

Every weekend since, volunteer search teams have been out looking for Maya, her belongings, or possibly her remains.

In his declaration, Lincoln said he is a retired Navy, deep-sea-salvage diver, who worked with ammunition and explosives.

"We both put our lives on the line and gave an oath to protect this country and the Constitution. He shouldn't have to be treated this way by the people, news media, or the authorities,” Lincoln’s declaration said.

Lincoln said in his court filing that his nephew is a “good father.”

"[Larry's] very loyal to his wife, Maya and the children. Neighborhood kids have rung his doorbell and asked if Larry can come outside and play,” Lincoln wrote.

The husband’s guns were taken as part of a temporary court order. On June 22, a judge will decide whether to extend the gun violence restraining order for up to a year.

The San Diego City Attorney’s office said that Tuesday’s civil court hearing will be conducted remotely, and Larry Millete is not required to attend if his attorney appears for him.