The boy was identified Wednesday night as Anthony Womack, a tenth grader at Sweetwater High School. 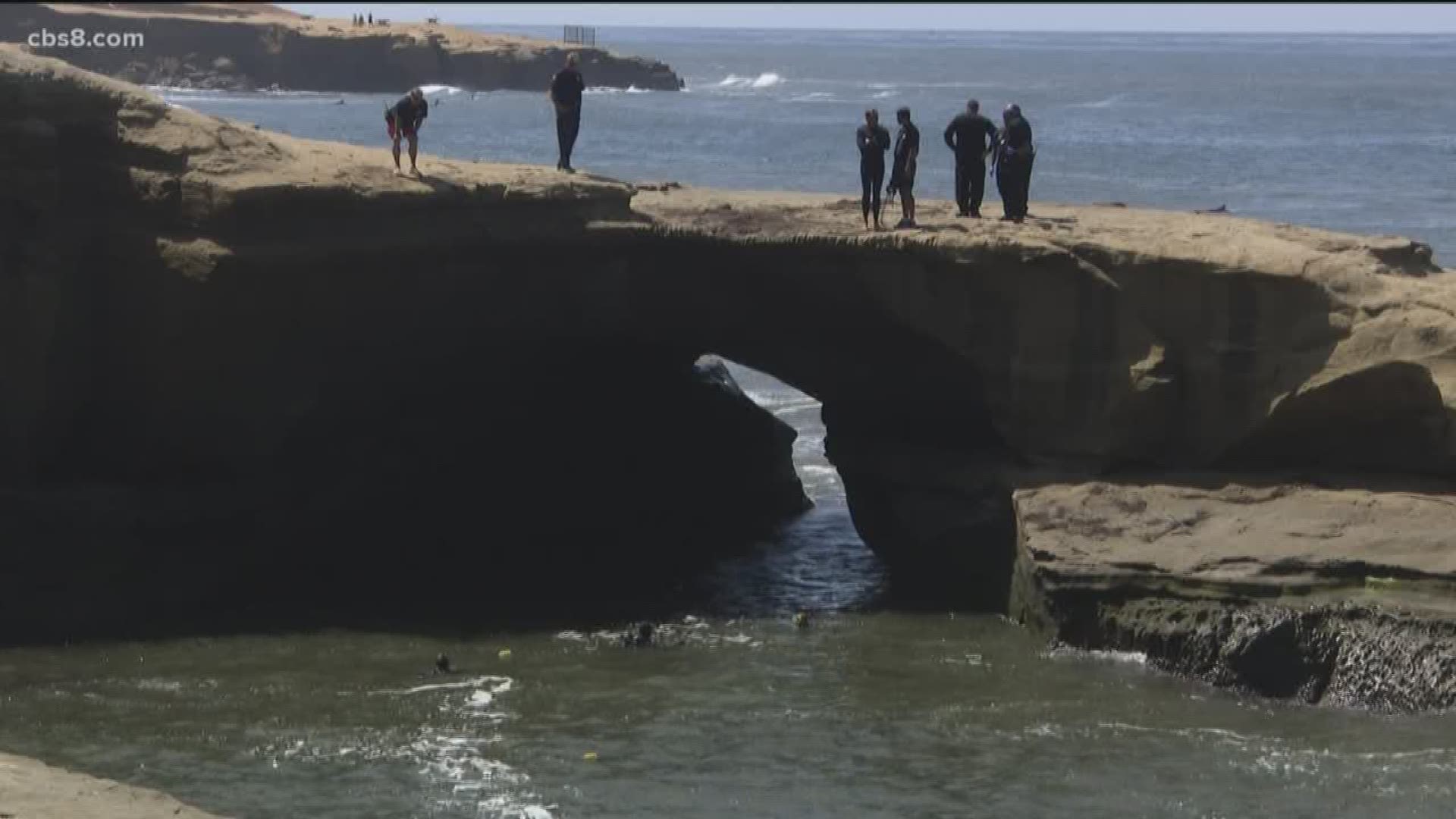 SAN DIEGO — A 15-year-old boy died Wednesday after reportedly jumping into the water at Sunset Cliffs.

The boy was identified Wednesday night as Anthony Womack, a tenth grader at Sweetwater High School.

San Diego Lifeguards pulled Womack from the water near Pappy’s Point along Sunset Cliffs after searching for him for about an hour. It took the help of jet skis, rescue boats, lifeguards and free divers to locate Womack.

Due to poor visibility, a dive team felt his body at the bottom of the ocean floor.

“Immediately once he went in the water, he started having trouble and submerged underwater,” said Lt. Rick Romero with San Diego lifeguards.

Womack's friends said they had skipped class Wednesday at Sweetwater High School and took a bus to Sunset Cliffs. According to the group, some of them jumped in first and made it back up, except for Womack.

“All of my friends tried to help him, but he was panicking too much, so he pushed away,” said Johnny Razo.

When they saw their friend was in trouble, the group called lifeguards.

“When we got here, they were already searching for him,” said Jaydin Meza.

Sunset Cliff bystanders were stunned as crews rushed Womack to the hospital in CPR status. 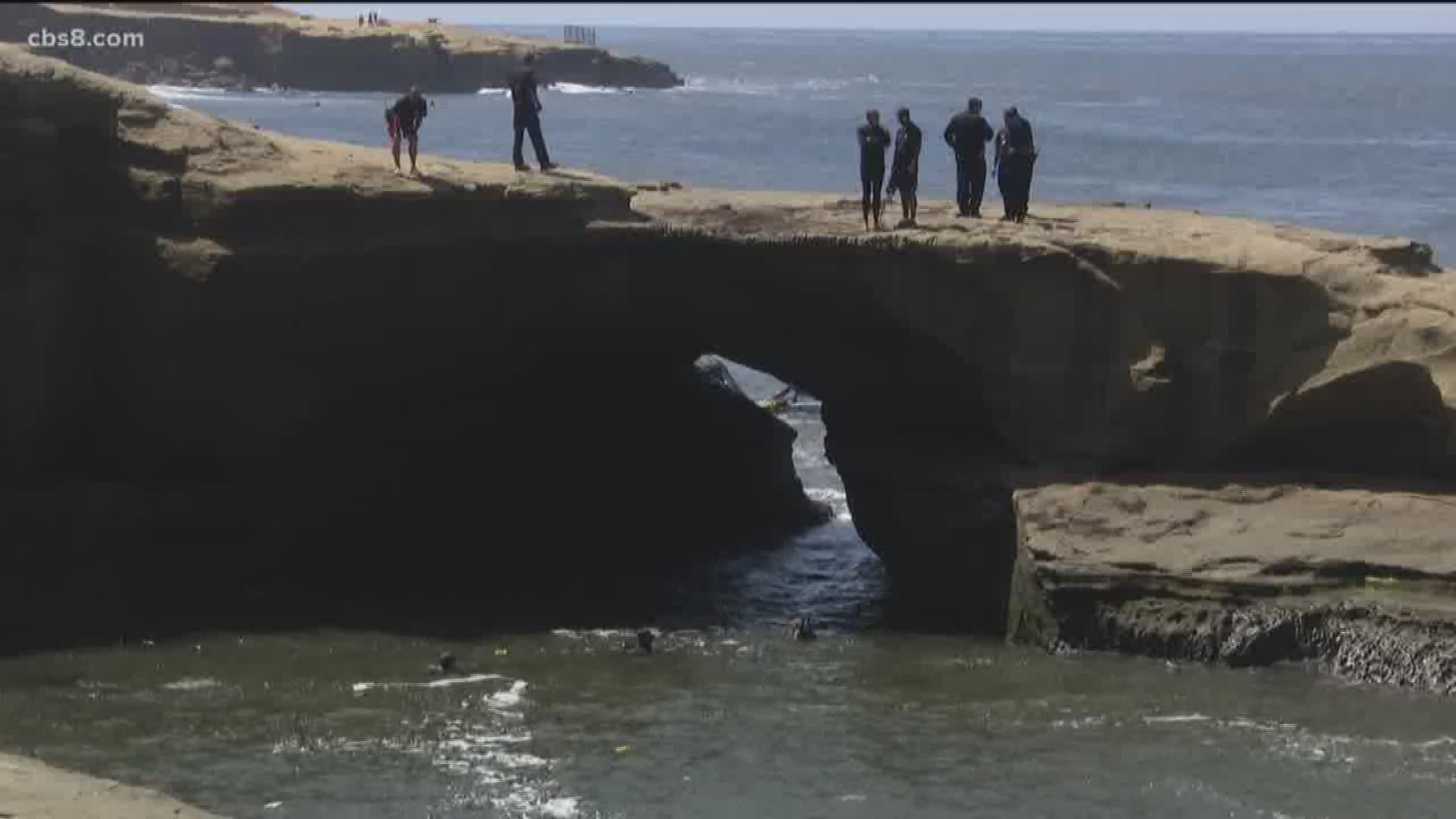 “That is my homie, but they did not find him until an hour later. He was unconscious already, underwater,” said Jomary Jordan.

Jomary described Womack as “a genuinely sweet kid. He was on top of his world. He never ditched, but today, I don’t know what happened."

Last year, San Diego lifeguards wrote 13 citations for jumping off rocks and cliffs higher than five feet at Sunset Cliffs and Ocean Beach. While warning signs are posted along the cliffs to deter jumpers, this year alone lifeguards written 17 citations.

During a prepared statement that was read on Thursday, the family said a vigil will be held at 6 p.m. on September 13 at Sunset Cliffs.

A family member set up a GoFundMe account to help pay for funeral expenses.

"It is with great sadness that we report to you the death of Anthony Womack, a 10th grade student at Sweetwater High School.

Although the specific information regarding the cause of his death is still being investigated, it does appear to have been an accident that occurred off school grounds.We realize that this is a very difficult situation and want to ensure our families there is support available.

If you, or someone you know, feels the need to talk to someone, school counselors and psychologists will be available.

In addition, there are several other outside resources that are available to you and Sweetwater High staff can assist you in accessing those resources.

The safety and wellbeing of each of our students is important to us. We thank you for your continued support of Sweetwater High School, the Sweetwater Union High School District, and the entire National City Community."