The driver, who was the car's only occupant, was pronounced dead at the scene, CHP said. 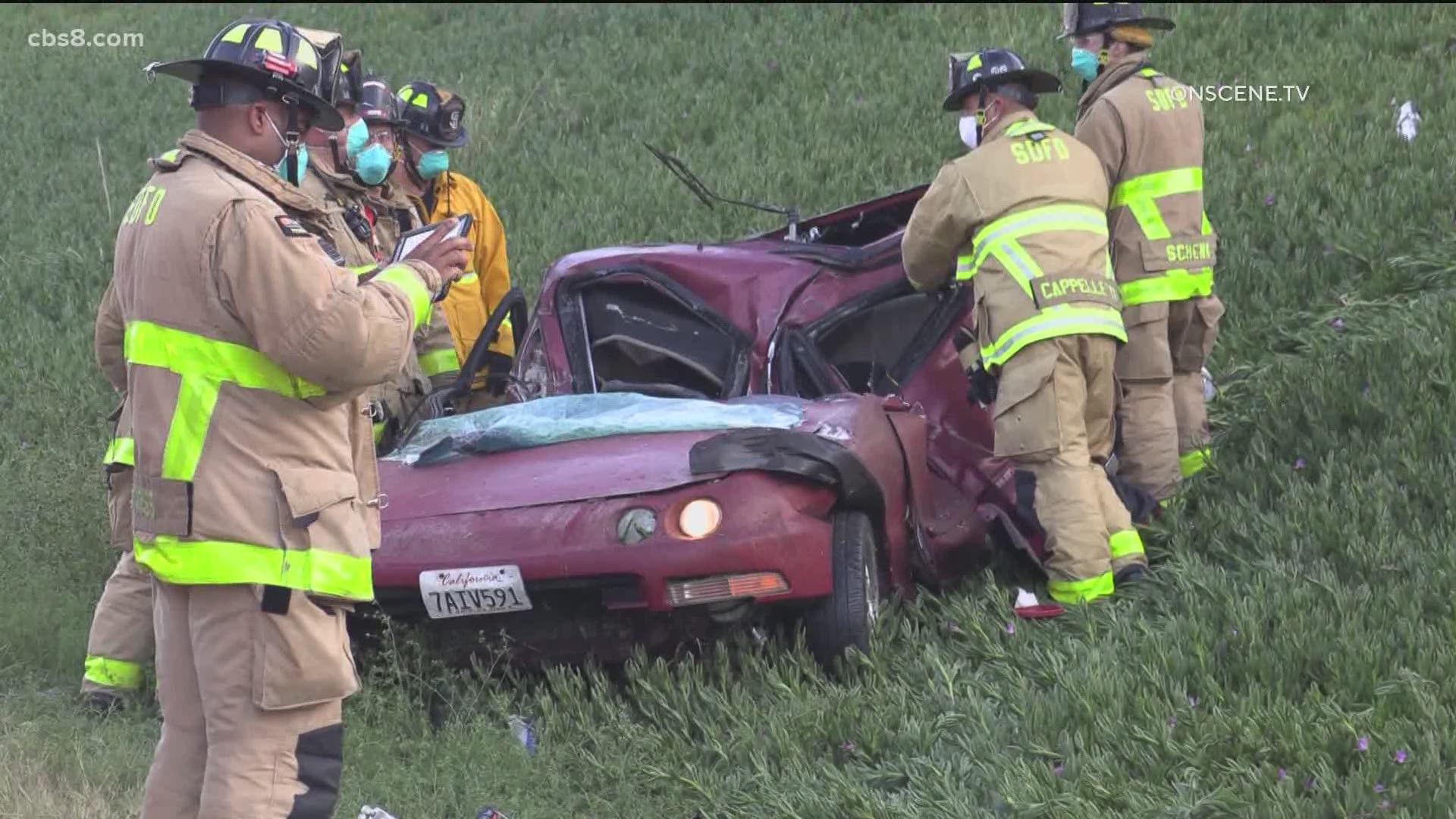 SAN DIEGO — A 20-year-old man was killed Thursday morning when his car veered off Interstate 805 and crashed into a pole in the Kearny Mesa area, authorities said.

Investigators determined a 20-year-old man was driving a red Acura Integra at high speed on the northbound freeway when the car veered off the right side of the freeway, overturned and crashed into a pole, Castro said.

It was unclear whether drugs or alcohol played a role in the crash.

The driver and sole occupant was pronounced dead at the scene, the officer said. His name was withheld pending family notification.