Official confirmation of his identity would come later from the San Diego County Medical Examiner's office, according to Officer Darius Jamsetjee of SDPD. 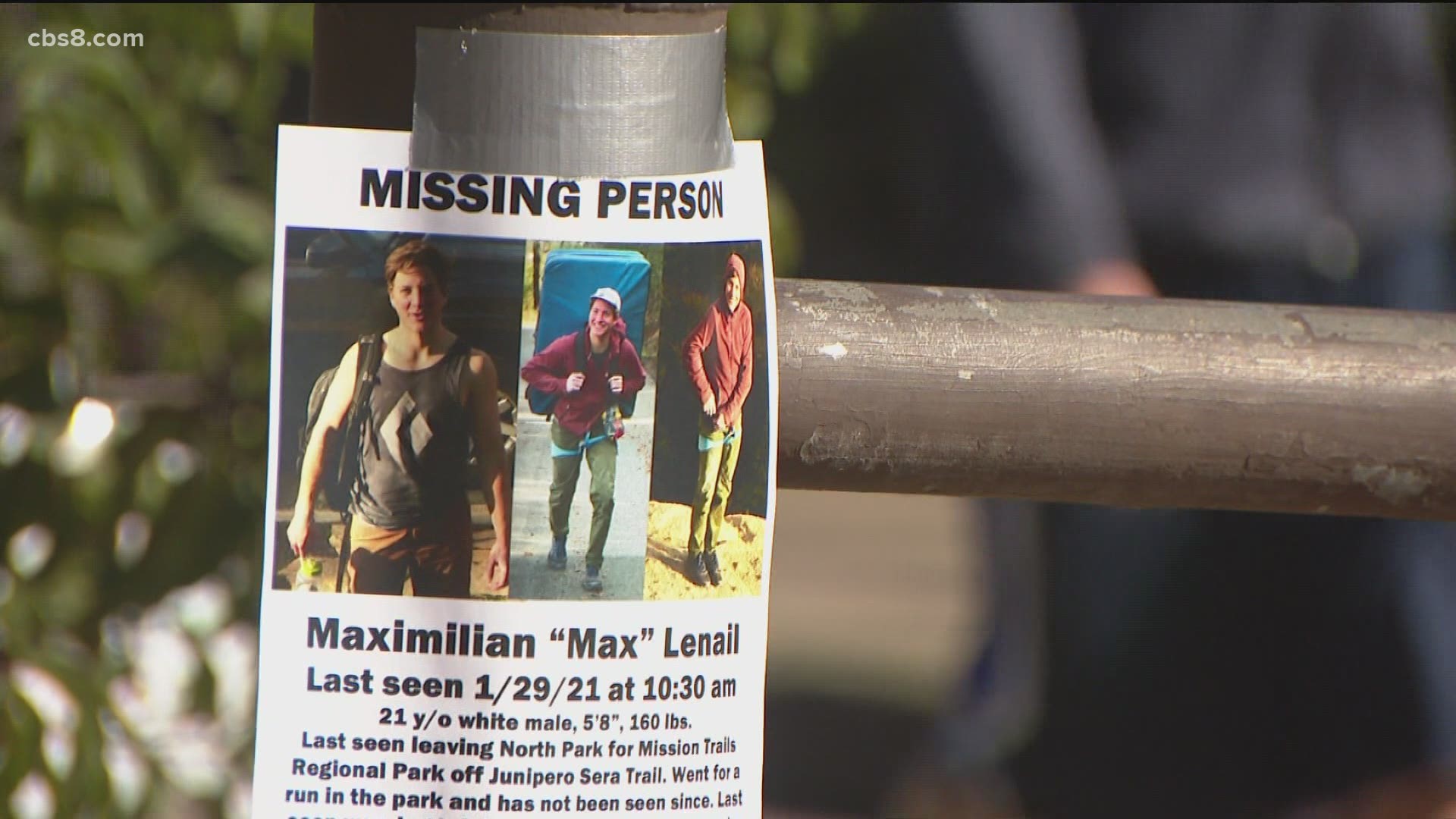 SAN DIEGO — After hikers discovered a body in the water on Saturday in Mission Trails Regional Park, the site of a search to find a man who went missing Friday, police said they have "reason to believe" it was the missing man's remains.

Official confirmation of his identity would come later from the San Diego County Medical Examiner's office, according to Officer Darius Jamsetjee of the San Diego Police Department.

Max Lenail was last seen Friday at Mission Trails, where he went for a run, according to the officer.

Jamsetjee said police received a 911 call Saturday afternoon from hikers who said they found a body in the water near a waterfall at Mission Trails Regional Park.

The San Diego Fire-Rescue Department and city lifeguards were called to the scene and removed the body from the water, the officer said.

We have a sad update regarding Max:
Early this afternoon hikers located a body in the water in the Mission Trails Regional Park. With the assistance of @SDFD & @SDLifeguards the body was recovered. We have reason to believe it is Max.Official confirmation will be by the ME office https://t.co/7QXQiQeZRQ

Max Lenail’s father has confirmed that his son has died. @CBS8 pic.twitter.com/DbdCKl0fi4

Mission Trails Regional Park has 60 miles of trails and is located at 1 Father Junipero Serra Trail, near San Carlos, in East County.

Earlier on Saturday, officers from the San Diego County Sheriff's Search and Rescue Department joined the search for Lanail, along with community members. 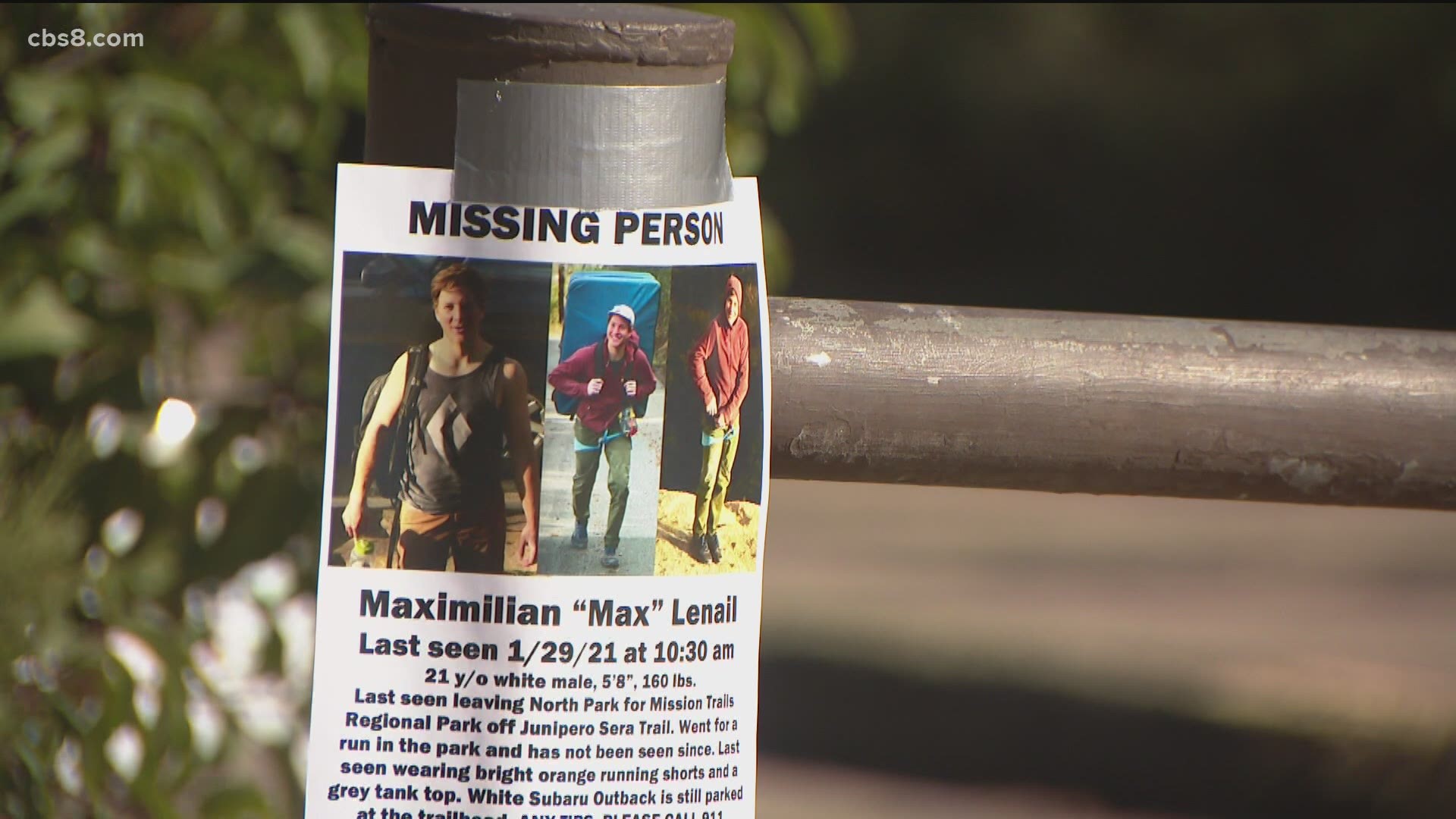