Medics took the suspect to a hospital, where he was admitted in stable condition, police said. 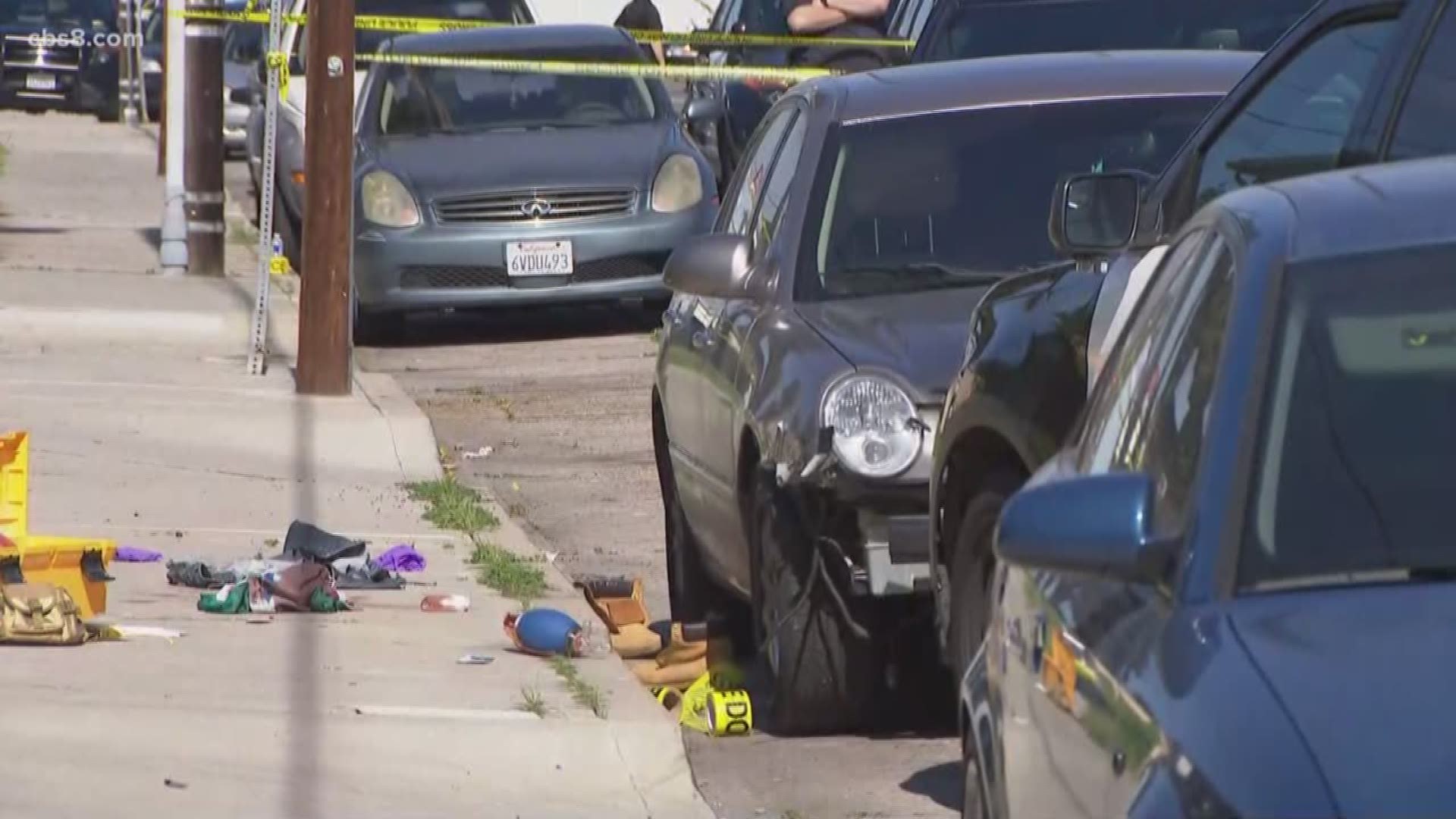 SAN DIEGO — An auto theft suspect was wounded when an El Cajon police officer opened fire on him as he sat inside a car reported stolen in another state, police said Thursday.

Officers confirmed the car was stolen, then approached the car as the man inside slept in the driver's seat, Soulard said.

Before police reached the car, the man woke up and apparently refused repeated commands to show officers his hands.

"The suspect continued to ignore the officer's commands and stated something similar to `shoot me before I do it' while reaching into his waistband," Soulard said. "Believing the suspect was armed, one of the officers on scene fired two rounds, striking the suspect at least one time in the torso."

The wounded man still refused to show his hands and told officers to "kill me please," the lieutenant said.

He eventually showed police his hands, was taken out of the car and officers provided first aid until medics arrived.

No firearms were found in the wounded man's possession or in the stolen car, Soulard said.

The man, whose name and age were not immediately available, was taken to a hospital, where he was admitted in stable condition, the agency reported. He remained hospitalized as of 7:30 p.m. Wednesday.

Once released from the hospital, he is expected to be booked into jail on suspicion of felony auto theft, Soulard said.