When crews arrived on scene, a palm tree was fully engulfed in flames. 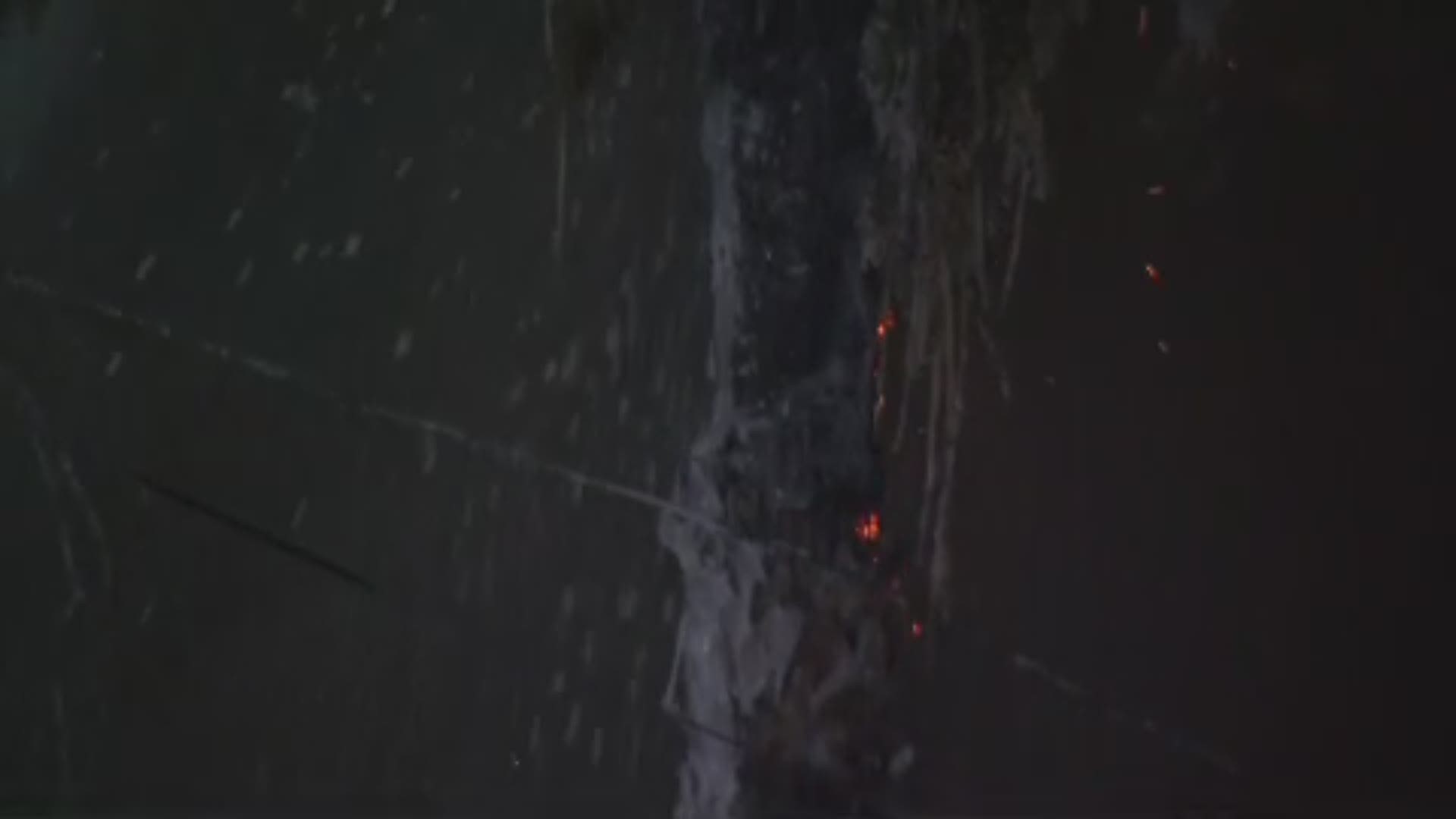 SAN DIEGO — A palm tree caught fire in Grant Hill early Tuesday morning and destroyed a nearby power pole, according to the San Diego Fire Department.

The fire broke out around 5:00 a.m. in the backyard of home located in the 2800 block of Imperial Avenue near 29th Street.

When crews arrived on scene, a palm tree was fully engulfed in flames. No evacuations were made, but a fence in the backyard of the home did catch fire.

No injuries were reported. Hazmat was called out to investigate the incident due to the power pole being affected, authorities said.

It is unclear what caused the fire.