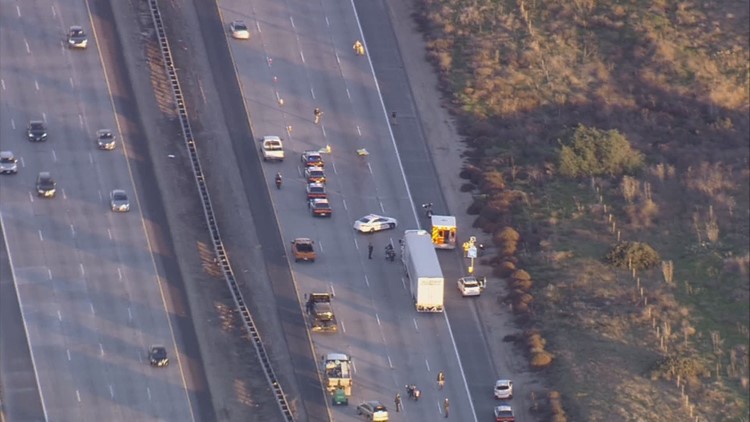 Pedestrian fatally struck by car on I-5 near Camp Pendleton

SAN DIEGO — All lanes reopened Friday after a pedestrian was fatally struck by a vehicle on Interstate 5 near Camp Pendleton, authorities said.

The crash was reported around 6:15 a.m. on northbound I-5 just north of the Aliso Creek rest area on the northbound side, according to a California Highway Patrol.

The victim, a pedestrian, was pronounced dead at the scene, a CHP dispatcher said.

No details about the victim or the vehicle involved were immediately available.

Authorities shut down all lanes on northbound I-5 following the crash, but opened the left lane around 7 a.m.

Traffic on the northbound highway was backed up to State Route 76.