At one point, the man raised his hands and the gun fell to the ground, according to Lt. Matt Dobbs of the San Diego Police Department. 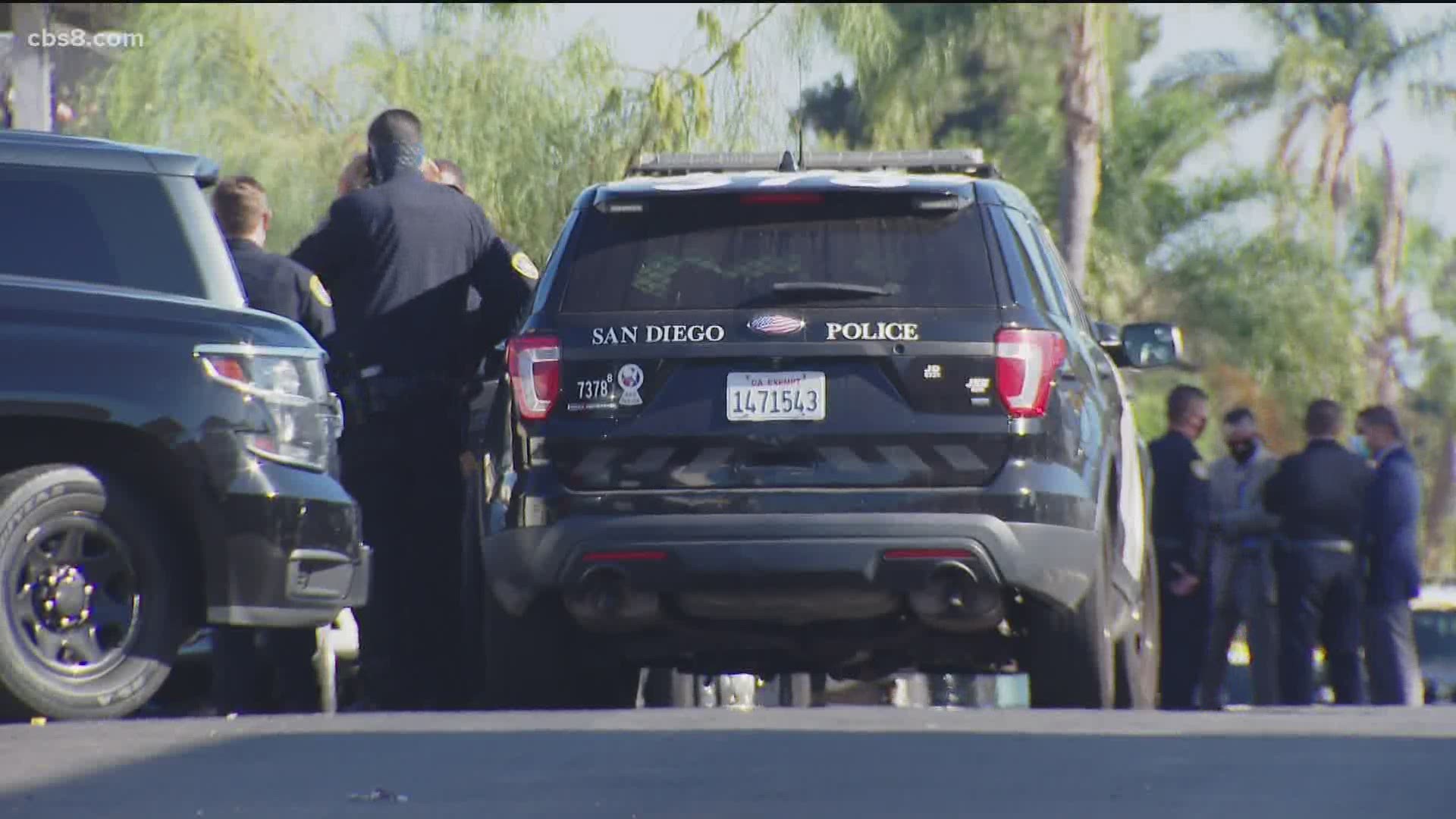 SAN DIEGO — An investigation was underway Friday morning into the deadly shooting of an armed man by San Diego police near Hoover High School.

Police received a 911 call about 3:50 p.m. Thursday of a man with a gun in the 4300 block of Menlo Avenue in City Heights. Two woman in the area said a man with a gun confronted them, worked the slide of the gun as if he were loading it and pointed it at them, according to Lt. Matt Dobbs of the San Diego Police Department.

The women drove off and called police. When officers arrived, the women directed them to the man who by that time was in the 4200 block of Menlo Avenue, near El Cajon Boulevard, Dobbs said.

Officers could see the man had a gun and took covered positions in order to give him directions. At one point, the man raised his hands and the gun fell to the ground, Dobbs said.

The man was ordered by officers to move away from the gun, but he refused, then picked up the gun and began to point it at officers, prompting several officers to open fire, Dobbs said.

The man was struck at least once and fell to the ground, but was still moving and holding the gun, which he pointed again in the officers' direction, prompting a second round of gunfire, Dobbs said.

Officers moved in to take him into custody and began life-saving efforts. Paramedics from San Diego Fire-Rescue relieved officers and continued life-saving attempts, but the man died from his injuries, Dobbs said.

The name of the suspect was not disclosed.

A total of seven officers fired their weapons. None of the officers are being identified, but all were assigned to Mid-City Division and have been placed on administrative duty, Dobbs said.