Stop the Calls: Tired of robocalls? These tips will make it harder for them to bother you

Two out of three robocalls are scams and telemarketers. So you're probably wondering, how do you stop the calls? 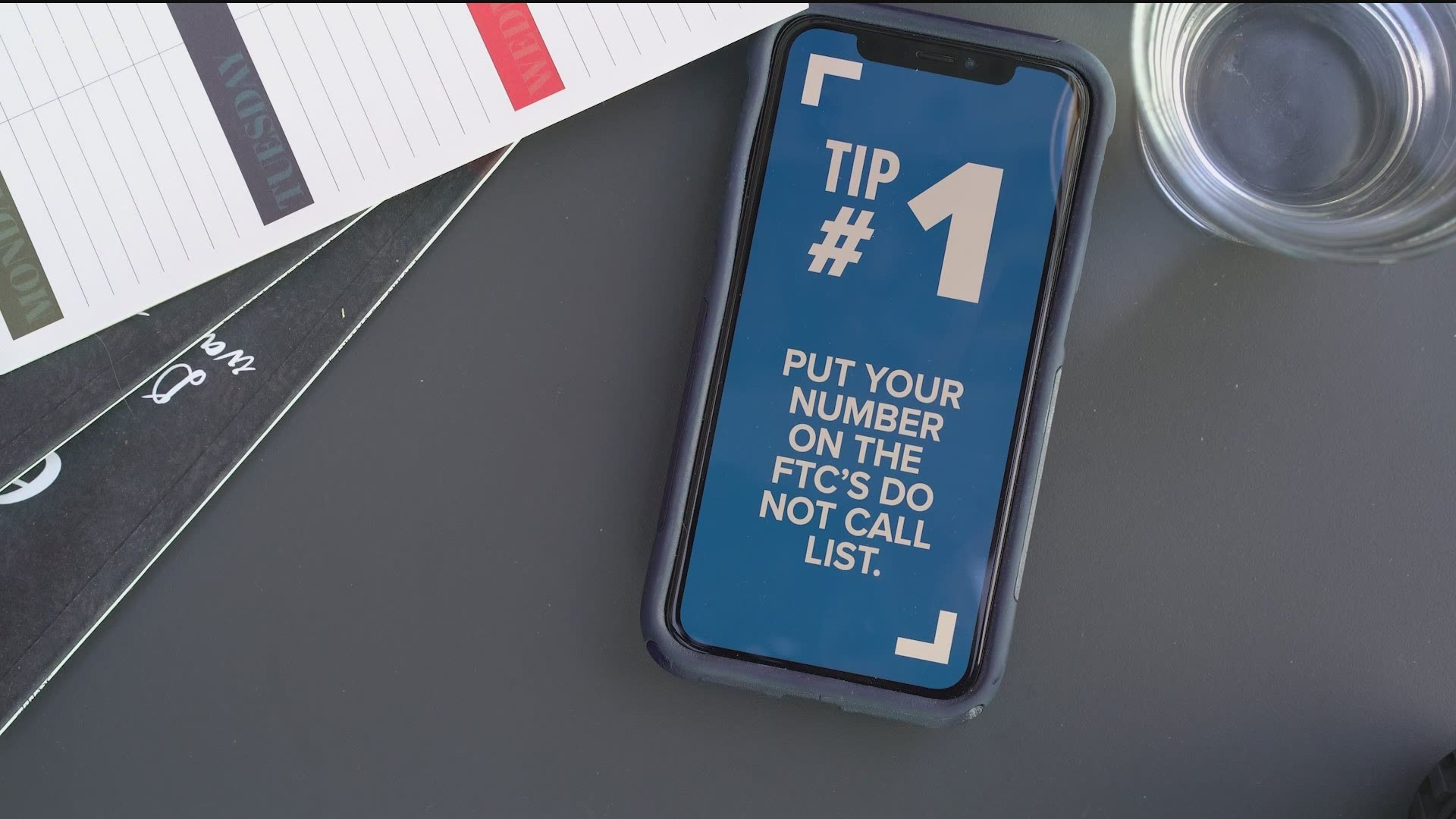 SAN DIEGO — San Diego County residents received over 39 million robocalls last month - that is 1.4 million a day, more than 15 every second! Sometimes they're legitimate letting us know about medical test results or a payment reminder, but two out of three are scams and telemarketers. So you're probably wondering, how do you stop the calls?

The technology needed to robocall is cheap and easy to find.

“It's possible to robocall everybody in San Diego for under $500,” said Alex Quilici.

His company, YouMail, developed a robocall blocking app. They also track the calls we're getting.

“The #1 scam you're getting is a car warranty scam," Quilici said.

To see just how out of control robocalls are, we decided to try an experiment. News 8 bought a brand new phone and had a new number assigned to it. We didn't make a single call with it or give anyone the new number, but just four days after activating the phone, we got three car warranty robocalls. And we weren’t alone. We teamed up with investigative reporters across the country and their new phones got robocalls too. In Phoenix and Louisville, the calls started coming the very same day the phone was activated.

So how are they getting our numbers? In some cases, it's through data breaches where customer information is stolen and then sold on the dark web. But most of the time, it's just trial and error.

Most robocalls trying to sell you something are illegal, but since many originate from overseas there's not much our government can do to bust the bad guys.

“When someone is located outside the United States, we don't have as many tools in our arsenal because we don't have international law enforcement authority,” said Will Maxson with the Federal Trade Commission.

Americans lost a staggering $19.7 billion to phone scammers last year. So how do you stop the calls?

Tip #1: Put your number on the Federal Trade Commission's Do Not Call list. That will cut down on the number of calls you get. Unfortunately, it won’t stop all of them because if people are trying to rip you off - they don't generally care if they're breaking the law.

“If you're a scam artist - you are not checking the Do Not Call list!” said Attorney Billy Howard, who has sued robocallers.

Which leads to tip #2: Immediately hang up on robocallers and make sure you block their number. Do not push any buttons or try to engage them... that will just let them know they have a working phone number.

“Consumers need to have call blocking on their phone in the same way they have anti-virus on their computer,” Quilici said.

On the webpage CBS8.com/robocalls, we've gathered information to help you fight back against robocallers. We’ve included a link to the Do Not Call list so you can add your phone number and you can report unwanted calls to federal officials.

We've also posted instructions on how to block phone numbers from calling you again, information on spam filters offered by different phone carriers, and there's a list of trusted robocall blocking apps.

Get a call from a number you don't recognize? We've teamed up with YouMail to identify callers through their reverse number search and we've linked their robocall statistics information - so you can track robocalls in San Diego. Not only will you see a list of the numbers calling us the most, but also the type of call including ones believed to be scams.

The robocallers definitely aren't going to quit on their own, but now you have important tools and information to help stop the calls.