The FCC cracks down on robocalls

Starting Wednesday, wireless carriers must have technology in place to stop robocalls. 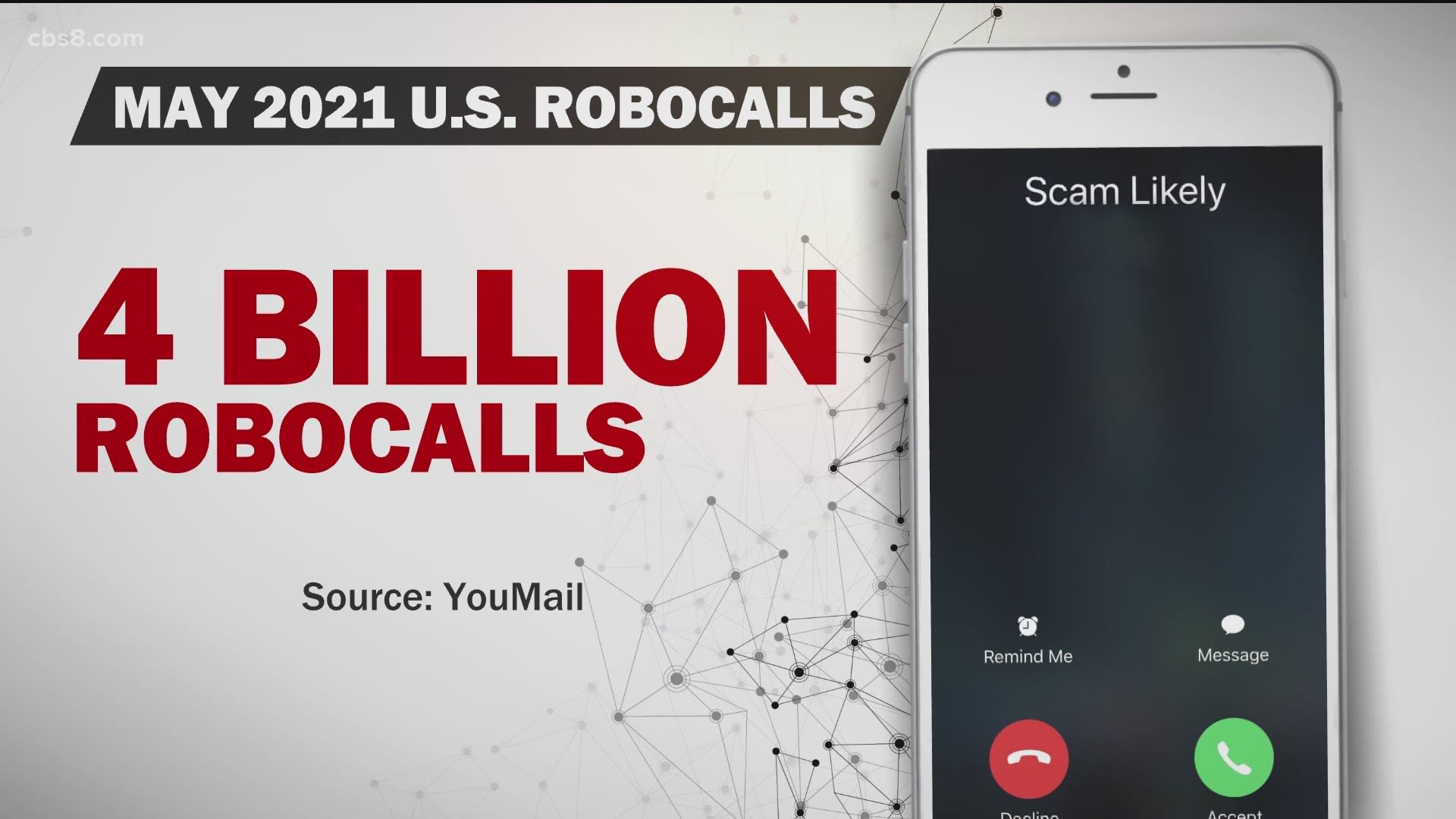 Sick of robocalls? The Federal Communications Commission is cracking down on them.

Starting Wednesday, wireless companies must have technology in place to stop robocalls.

If not, they must report to the FCC and face possible penalties.

Robocalls are linked to tens of billions of dollars of fraud every single year.

In the month of May alone, an estimated four billion robocalls were made. That's an average of 12 calls per person.

News 8 has covered the issue extensively, looking at both the financial and emotional toll robocalls have taken.

Recently, we heard from one woman whose grandmother was scammed out of her life savings, which led to her suicide.

It's stories like these that have led to groundbreaking changes.

Starting June 30, wireless companies must have call authentication technology in place to stop robocalls. In other words, they need to ensure the person calling is who they say they are.

“I think the FCC is taking it very seriously,” said  Alex Quilici.

His company, You Mail, tracks robocalls and developed a robocall blocking app.

He said while the new regulations are a step forward, they won't stop robocalls altogether.

He said consumers need to do their part:

And question anything that seems suspicious.

Quilici tells News 8 unfortunately, the bad guys will find other ways around this. For example, instead of calling 200 million random people, they may instead target 100,000 who they think will fall for a scam.

Still he said, technology to prevent that will continue to improve. It's just going to take time.

WATCH RELATED: Stop the Calls: Tired of robocalls? These tips will make it harder for them to bother you