Scammers are tricking San Diego grandparents out of thousands of dollars

Since publishing the initial story, several local victims have come forward, saying they too gave thousands to the same women caught on video. 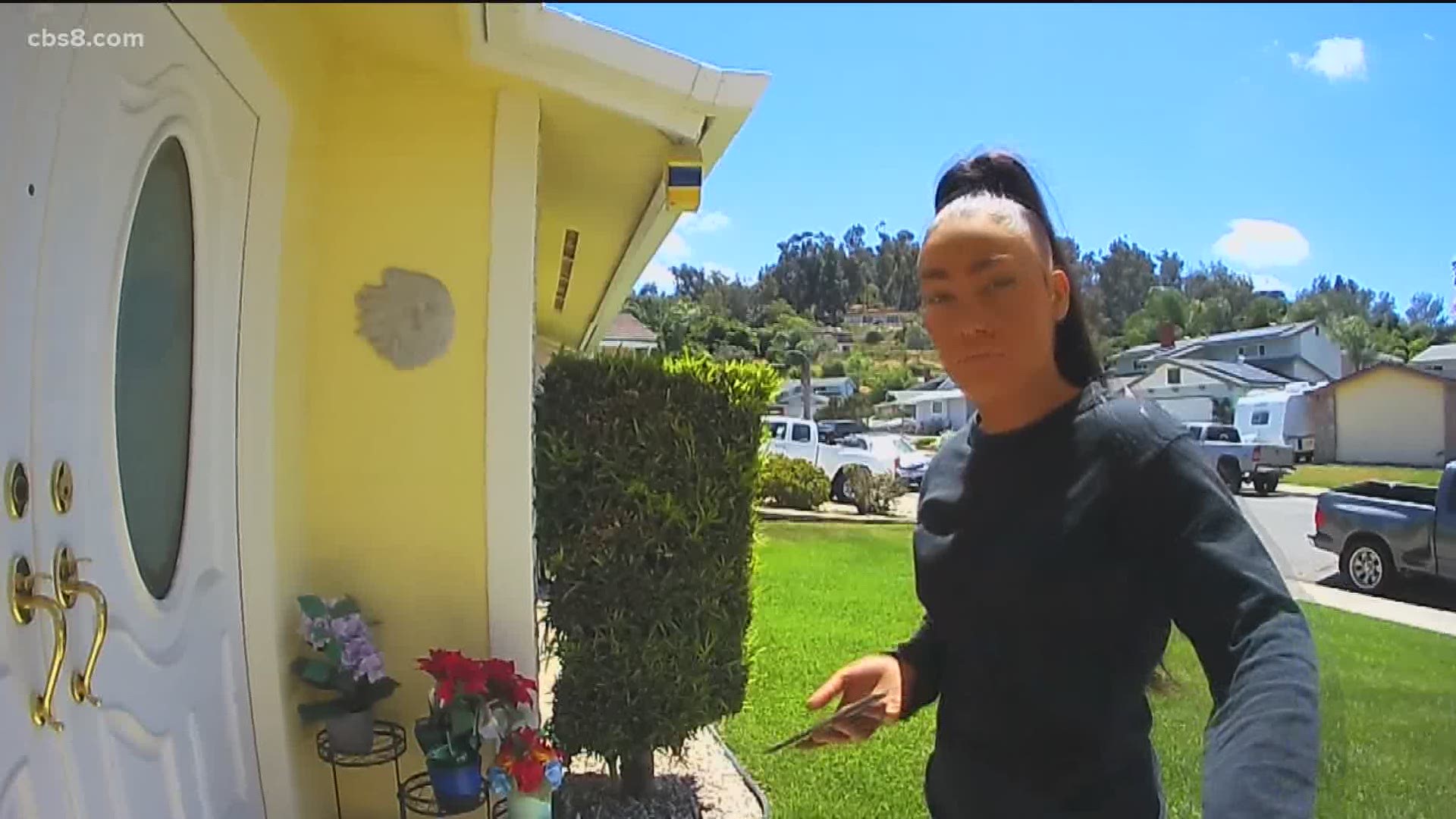 SAN DIEGO COUNTY, Calif. — Last month, an El Cajon grandmother handed over $7,600 in cash to a woman she did not know - all under false pretenses.

The elaborate scam plays out the same way it did for another victim News 8 interviewed in Clairemont who said she handed the same woman $9,000 on Tuesday.

"She looked about 25, wearing khaki pants," said Dayna Pendleton, daughter of a victim.

Each incident starts with a phone call.

Someone pretends to be the victim's grandson who is sick so they sound a bit different. The scammer tells the victim he was arrested and pleads for help getting out of jail.

The fake grandson asks the victim to not tell mom and dad because he wants to tell them in person.

Then someone who claims to be an attorney gets on the phone and asks for thousands in cash. The scammers claim the money will be returned after the grandson is out of jail.

The victim is urged to rush to the bank because of a deadline.

The scam ends when a scammer is sent to to pick it up the cash.

If you have any information on the suspects in this scam here is the the information to submit a tip for each case.

RELATED: San Diego grandmother scammed out of $9,000 when she thought her grandson was in trouble