Police say a man got into an engine and took a bag containing equipment valued at more than $1,000, then rode off on a beach cruiser. 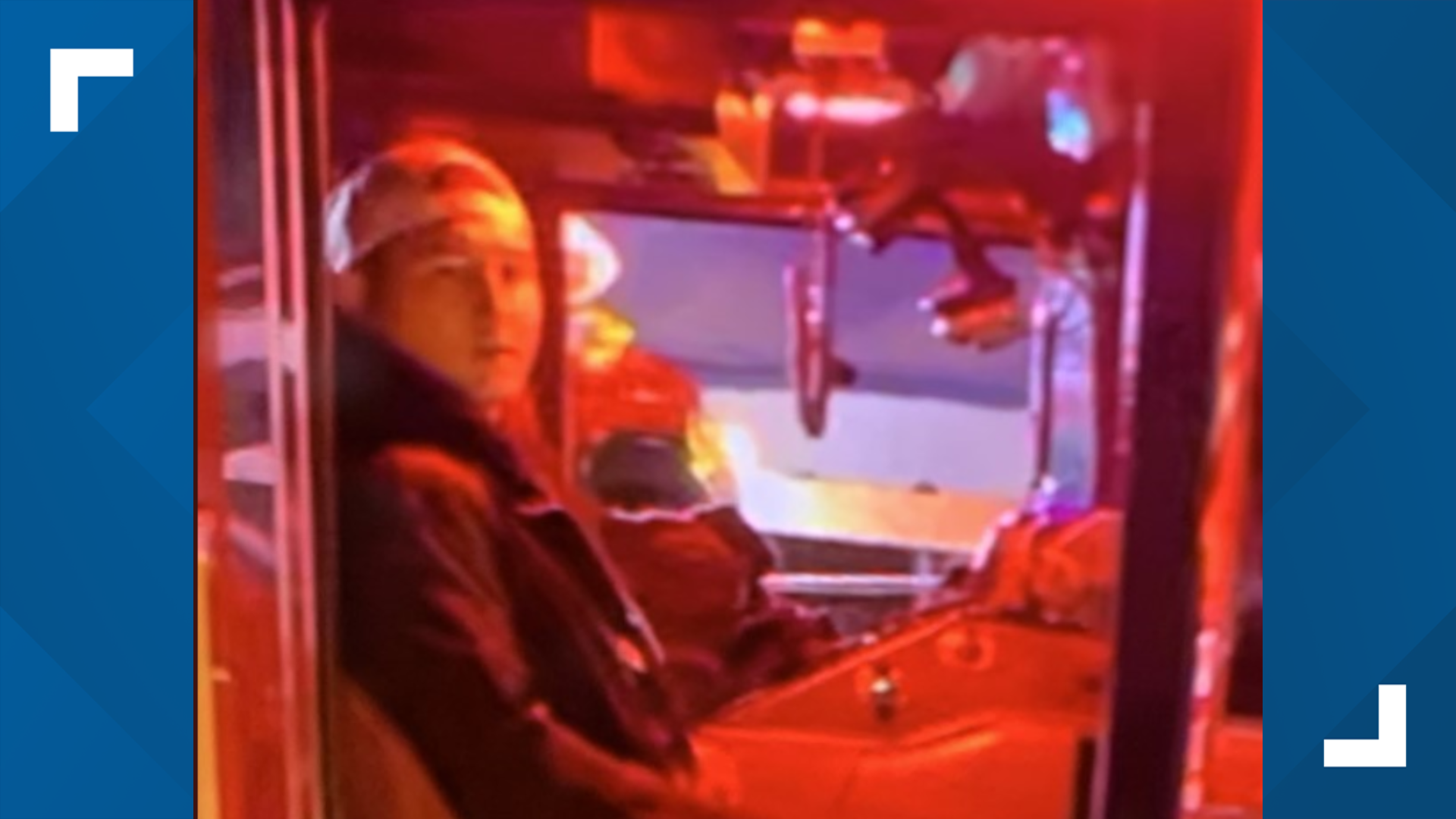 SAN DIEGO — A suspect who stole a bag filled with equipment from a San Diego Fire Department engine while firefighters were extinguishing a fire in Ocean Beach was wanted by authorities on Saturday.

Crews responded at 9:30 p.m. Friday to the intersection of Bacon and Lotus streets and found heavy smoke coming from the building, according to the San Diego Fire-Rescue Department.

The fire was extinguished about 10:30 p.m. Friday, according to the San Diego Police Department.

Police said during the firefighting operation, a man got into an engine and took a bag containing equipment valued at more than $1,000, then rode off on a beach cruiser.

Update on theft from @SDFD in the Ocean Beach Neighborhood (01/23/21): Thank you to everyone who reached out and gave us tips on this theft. We have identified the suspect and our investigation is ongoing. https://t.co/MXDGriJtjM pic.twitter.com/q78RVGrlar

"Seeing it last night up in flames it's just surreal, and we are devastated I feel like we can't catch a break right now." said Northside Tavern co-owner Sabrina Sutphin fighting back tears.

Deputy fire chief for San Diego Fire Rescue David Gerboth says "it appears the fire did start in a storage area within the building and spread to the attic space -and looks like $500,000 worth of damage."

Gerboth says it was unfortunate and very rare that someone would steal from them as they fought to protect property.

Caught on camera, a young man was shown inside a fire truck and then walking away with a large duffle bag.

"Three different companies said that there was equipment stolen from them, over $1000 worth of equipment," Gerboth said.

Gerboth said the suspect stole parts of uniforms and rescue equipment, but thankfully, they did recover some of it in an alley and an off-duty firefighter spotted a bag on the side of the road.

"You're just a jerk as these first responders are helping us and you are stealing from them," Sutphin said.

A break came in the case late Saturday when firefighters tweeted the suspect had been caught. San Diegans on social media identified who they think the man is, possibly a worker at Gaglione Brothers Steaks and Subs, but owner Joe Gaglione did not confirm. He only wrote on Facebook "that San Diego Police have been contacted and are sorting out the matter."

Meanwhile firefighters showed up at Northside Tavernagain Saturday, this time on top of the roof to help patch up open spots so that the rainfall won't wreak any more damage

Inside, you can see the vacant bar stools down to the insulation on the ground.

"This is our dream just destroyed right now," Sutphin said.

The three owners just took ownership of the longtime popular place known as Mother's Saloon. Since the pandemic, Sabrina says when it rains, it pours.

"It sucks, it just sucks, my 5-year-old kept telling me mommy stop crying because you can't do anything about it, and I was like who are you, you are 5, but he is right, we just have to move forward right now," Sutphin said.

No injuries were reported and the cause of the fire was under investigation.

A GoFundMe has been set up to help the business that caught fire.