The crash killed one woman while two men and a 15-month old baby went to the hospital with serious injuries. 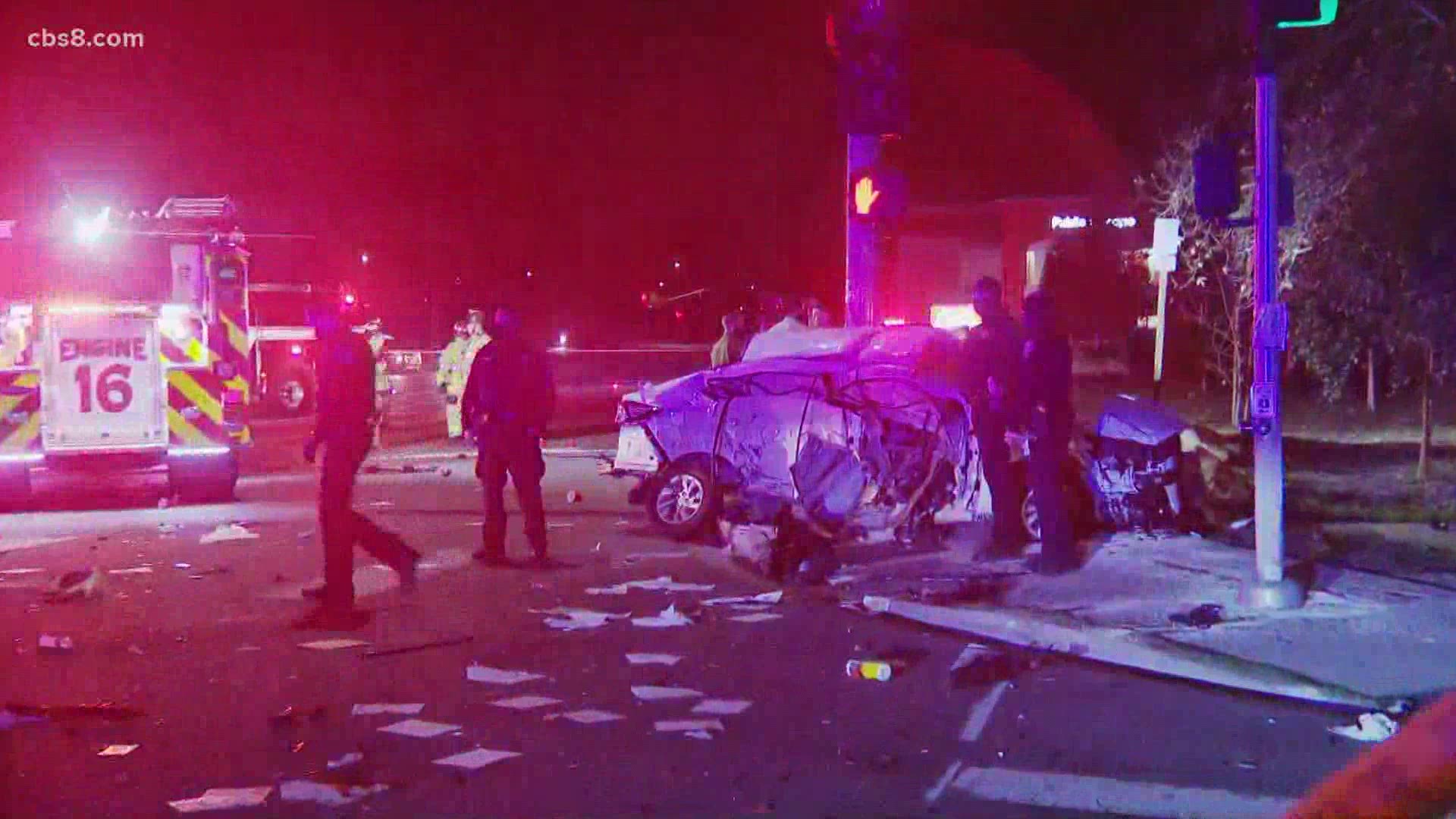 SPRING VALLEY, Calif. — Two teenagers were arrested on Friday night after hitting and killing hitting multiple cars and killing one person while fleeing from police in a stolen car in Spring Valley.

Police say around 10 p.m. on Friday they approached a car that was being driven with its lights off, when they ran the plates they came back stolen. When police attempted to pull the car over, the driver fled.

Minutes later, the stolen car collided with two vehicles at the intersection of Jamacha Road and Sweetwater Road after driving through a red light. The 17-year-old driver fled the scene but was eventually arrested on charges of Gross Vehicular Manslaughter, possession of a stolen vehicle and other charges related to the incident. The 16-year-old passenger was arrested on charges related to a handgun found in the car.

The first vehicle struck by the stolen car was occupied by a 21-year-old woman. She was critically injured and was taken to the hospital where she died. The second vehicle that was struck was occupied by two men and a 15-month-old child. All three were taken to local hospitals and are being treated for moderate to serious injuries. All are expected to survive.

Both juveniles were taken to the hospital for treatment of minor injuries before being booked into Juvenile Hall. Sheriff's Deputies are conducting the criminal investigation while the California Highway Patrol is investigating the traffic collision.