No mention of homicide in unsealed gun violence restraining order against husband. 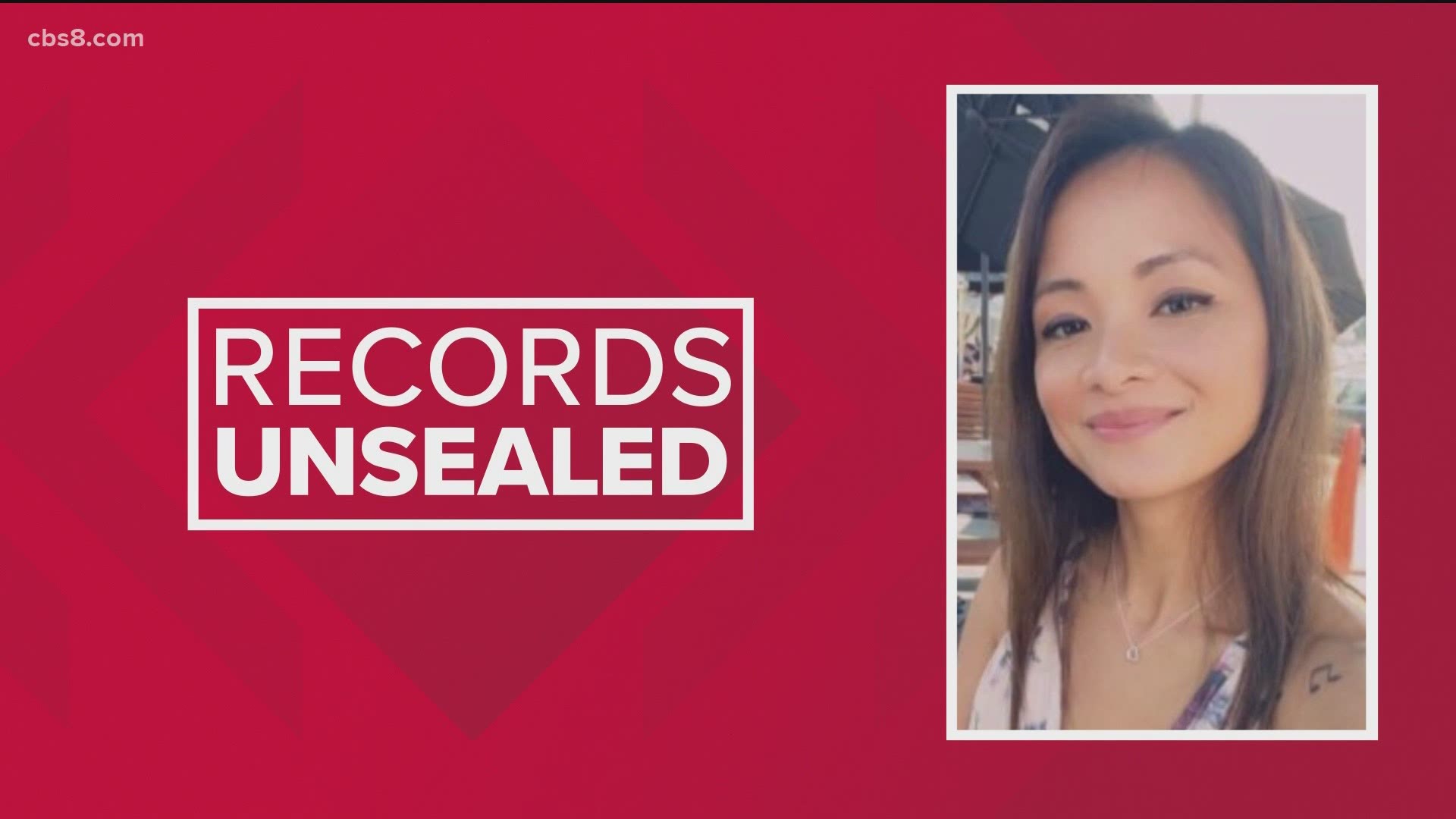 The unsealed records described the Jan. 7 disappearance of Millete, age 39, as a “criminal investigation” and her husband, Larry Millete, as a “person of interest” in the case.

News 8 went to court last week and asked a judge to unseal the records. Judge Katherine Bacal agreed the public should have access to the documents.

The records did not, however, describe the husband as a suspect, and they said nothing about a homicide related to the Millete case.

In the papers, San Diego police alleged Millete's three children had access to the husband’s gun collection because they knew the combination of the gun safe in the home.

"The minor children in the home had the combination and access to the safe where the firearms were stored," SDPD Detective Garlow wrote in an unsealed declaration.

Officers were concerned that if the gun violence restraining order was not kept secret – in advance of officers seizing Millete’s firearm collection – the husband might, “shoot it out with police due to photographs showing several unregistered and/or illegal assault rifles with numerous ammunitions on a table in Respondent’s home,” according to a declaration filed by San Diego Deputy City Attorney Jeff Brooker.

The judge also released two photographs of Larry Millete’s gun collection, including one with a redacted image of his 4-year-old son standing on a kitchen table surrounded by 16 rifles and handguns.

Before filing the GVRO petition, officers had served search warrants on the Chula Vista home of Larry Millete on January 23, as well as the Encanto home of his uncle, Ricky Lincoln, on April 1.

During those initial raids, officers seized a couple firearms from each home, according to an SDPD detective’s declaration in the case. The SDPD detective believed the weapons were illegal.

“I believe Millete and Lincoln were in violation of California Penal Code Section 30605(a) PC – Possession of Assault Weapons,” the detective wrote.

Police seized the remainder of Millete’s gun collection during a second search of his Chula Vista home on May 7.  Officers served a third warrant on the home on July 1.

News 8 asked the judge to unseal the records on June 23, after the weapons already had been seized and when Larry Millete was fully aware of the GVRO being sought against him.

In a written response to the GVRO, Millete said his guns were legal, he was a nonviolent person, and he had nothing to do with his wife’s disappearance.

A court hearing is now set for September 14, when a judge will decide whether to make the temporary GVRO against Millete permanent for up to one year.