Wrong-way crash kills 2 along I-5 in Bankers Hill

A man and a woman died at the scene in the head-on collision involving two black sedans, according to California Highway Patrol. 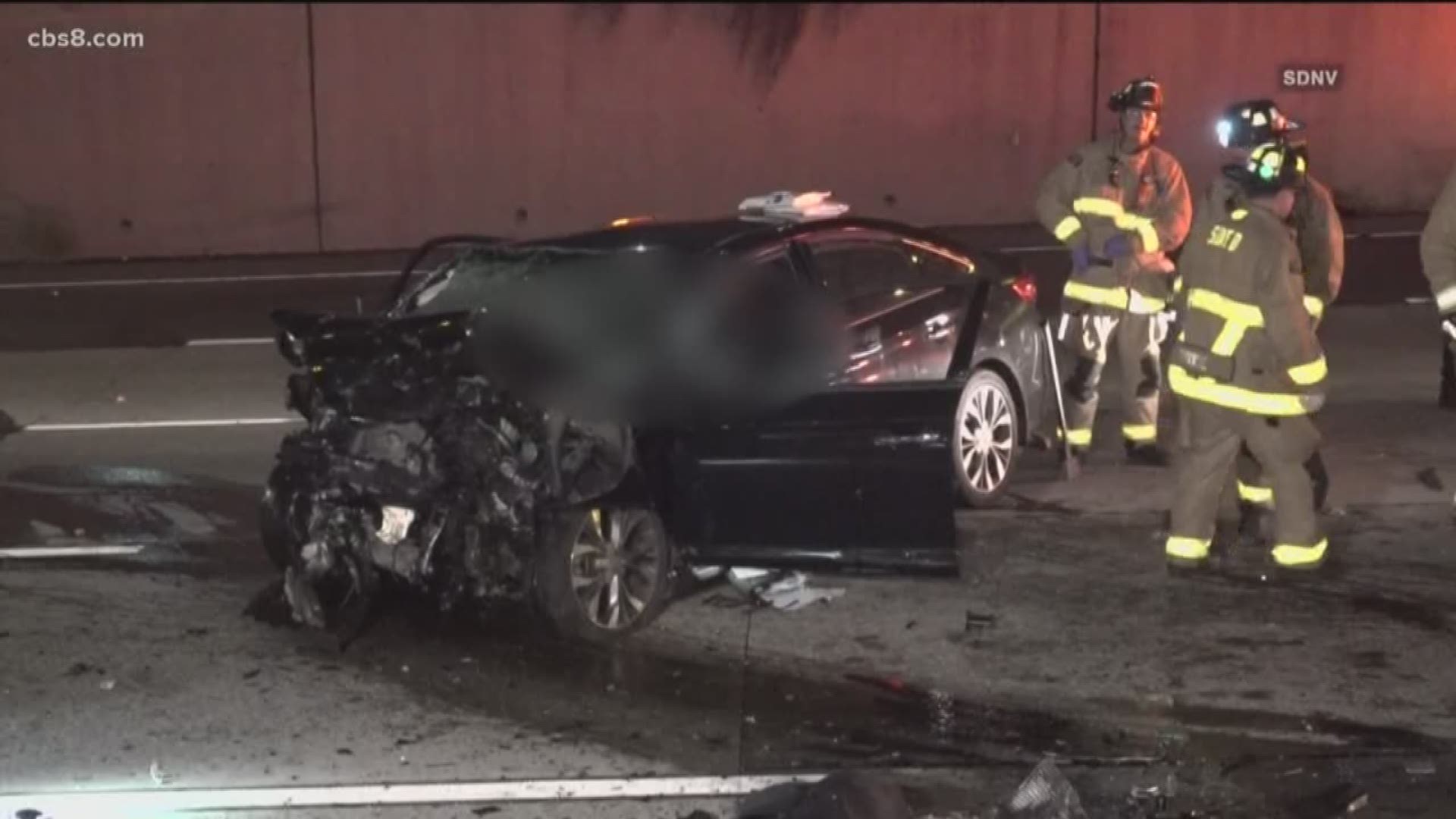 The accident occurred around 1:15 a.m on northbound I-5 and Hawthorn Street, according to California Highway Patrol.

CHP say a man and a woman died at the scene in the head-on collision. Officers say they received a call from witnesses who said someone was going the wrong way in the fast lane on I-5. Then, a few minutes later a call came in about a head-on crash involving two black sedans. It is unclear at this time which sedan was going the wrong way, according to CHP.

“There are two vehicles involved in this collision. There was an occupant from both of those vehicles, thankfully there were no passengers in either of those vehicles. A deceased person from the wrong-way driver and deceased driver from the victim's vehicle,” CHP said. No further details about the victims or the vehicles were immediately available.

The northbound lanes on I-5 between State Route 163 and Hawthorn Street were shutdown for about five and a half hours during the investigation. As of 6:40 a.m. all lanes were opened.

CHP said drugs and alcohol do not appear to be a factor in the crash.