Signs on busy SR-67 say bicyclists ‘May use full lane’ 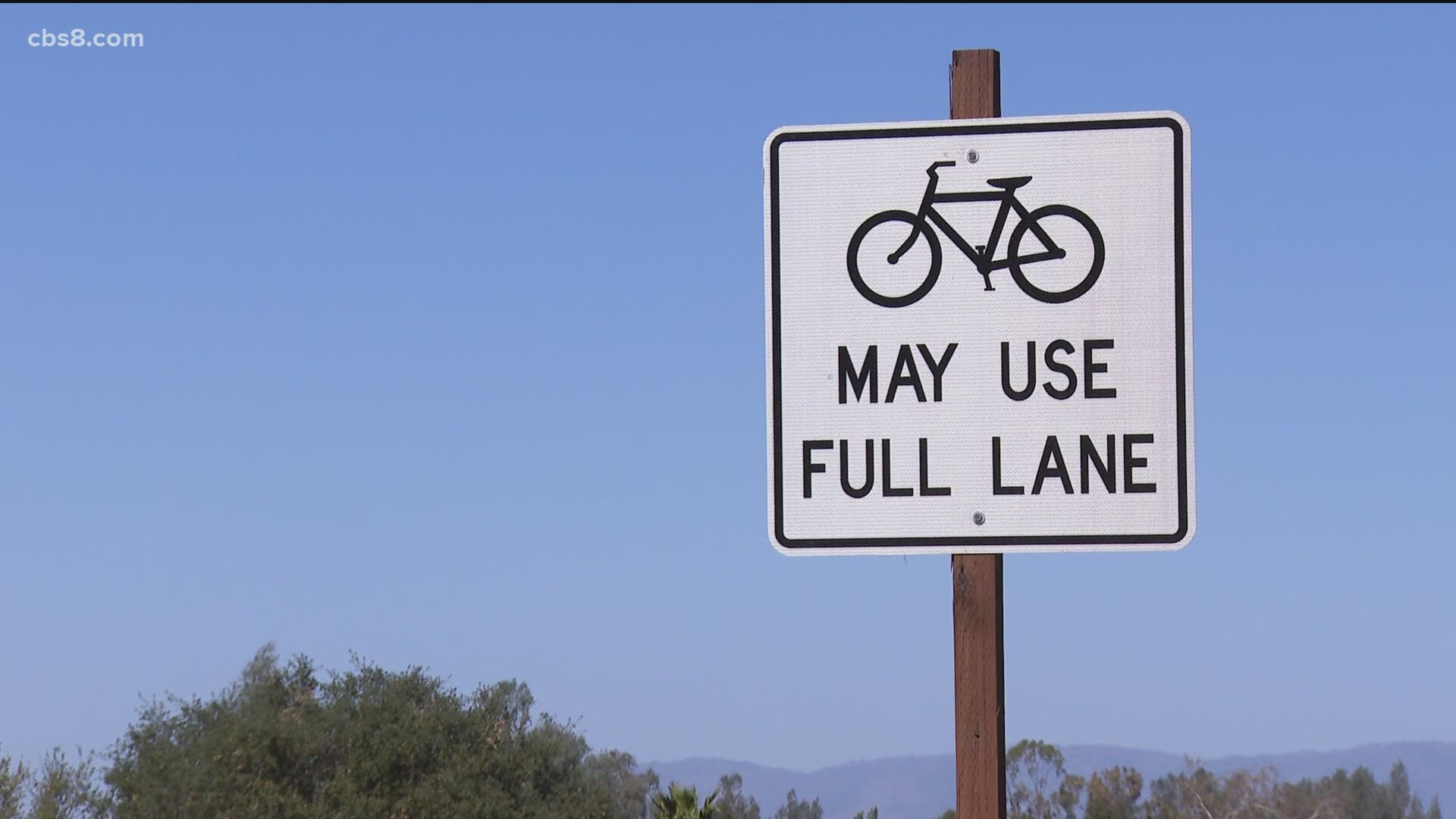 RAMONA, Calif. — A Ramona resident recently contacted News 8 through our Your Stories email with concerns about bicycle signs installed along State Route 67. The signs say bicyclists may use the full traffic lane on the roadway, where vehicles routinely travel 55 miles per hour.

“It says bicyclists have full access to lanes and then they have another sign that says you have to give bicyclists three feet clearance for passing,” said Colen Fegan, who has lived in Ramona for 25 years.

Fegan commutes to work on Route 67. He has safety concerns about bicyclists sharing lanes with speeding traffic.

“It’s narrow. They've had probably eight fatal accidents within the last six years in that little stretch. It might be more in that,” Fegan said. “If they have full access to the lane that means that they're basically a car doing five to 20 mph on basically a freeway."

Under California law, bicyclists are allowed in traffic lanes but they cannot impede traffic. Caltrans said the signs went up after meetings with local bicycling advocates who were worried about drivers not giving right of way.

“Those shared-lane markings are in a place where the shoulder narrows to a point where bicyclists have very little space to operate. We gave enough room for them to be able to look around, assess their surroundings, and if it's an appropriate place, to take the lane,” said Seth Cutter, a Caltrans planner.

In 2019, a woman riding a bicycle was seriously injured along State Route 67 in a hit-and-run accident.  She had to be airlifted to the hospital.  The driver was sentenced to three years in custody for reckless driving.

“When we know the bicyclists are going to be out there when they're allowed out there by state law, we have to do something to make it a better place for people to ride,” said Cutter.

Caltrans said the signs went up in mainly downhill areas where bike riders get up to speed and occasionally have to merge into traffic to avoid a very narrow shoulder on the side of the road.

There is a long-term plan to widen SR-67, which includes building bike lanes but the environmental review could take more than three years.

Fegan, the Ramona resident, is hoping for a quicker fix.“I believe the best thing to do on short term is for Caltrans to widen the shoulder for the bicyclists and let them have a lane,” said Fegan.