Sidewalk vendors would be required to obtain city permits, and would only be allowed to operate from 8 a.m. and 10 p.m. on non-residential blocks 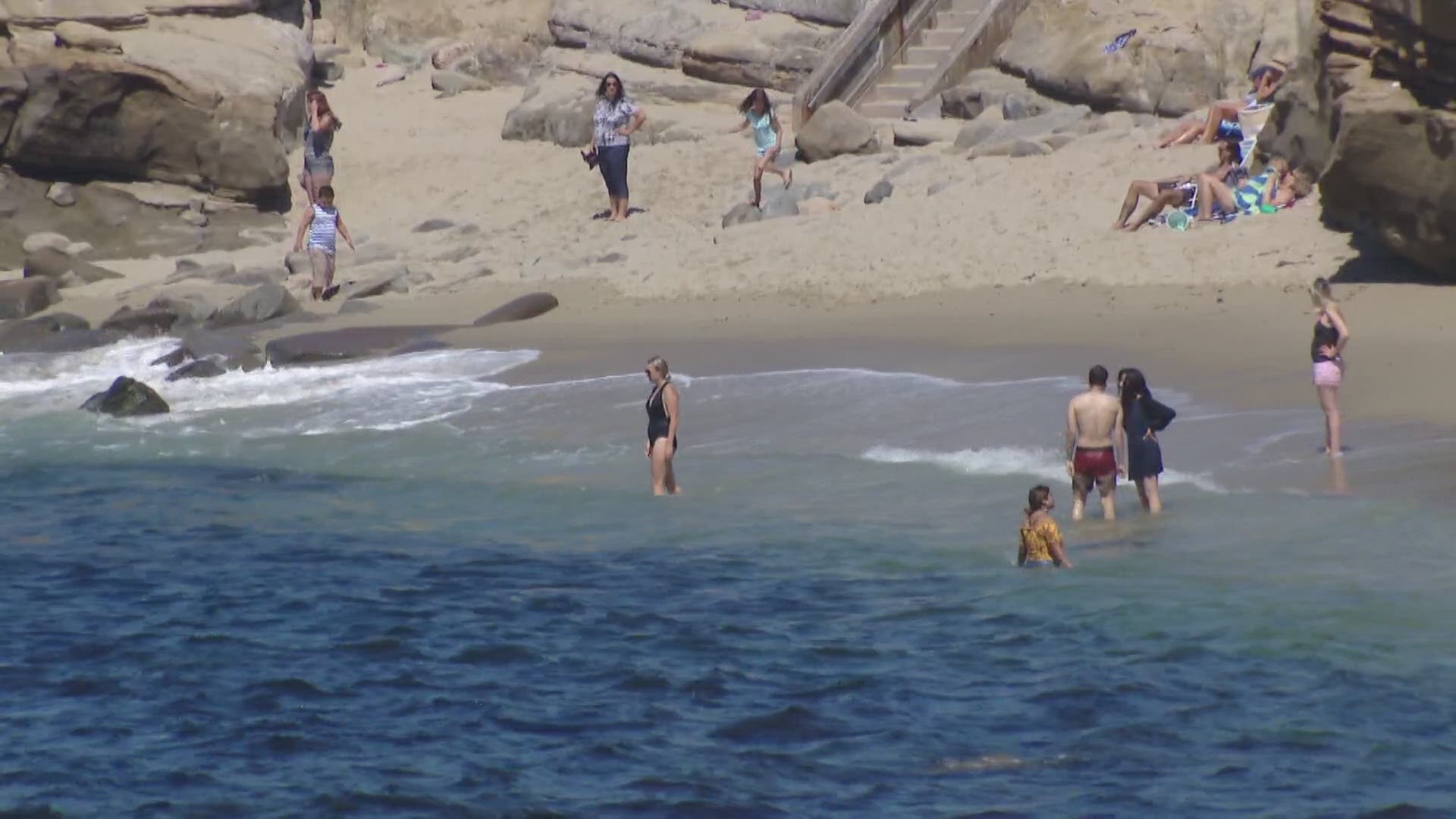 SAN DIEGO — In the hottest tourist spots in San Diego, you'll see them. Sidewalk vendors selling anything from food to clothing.

"I enjoy this job. I'm at the beach every day, everyone's in a good mood," said Mason Brown who operates a t-shirt stand in La Jolla Cove.

But now proposed new rules by the City of San Diego could limit where he can set up shop and sell his shirts and when.

"I hope they do understand that being a vendor is just like any other job," said Brown. "We're out here working.”

The city says new rules are necessary. In January the state passed SB 946, which decriminalizes participating in sidewalk vending. It was meant to promote entrepreneurship. But the city says as a result, they've seen a surge in the number of vendors.

"When they’re taking up all the room on the seawall it’s frustrating," said Denny Knox of the OB Main Street Association. She says she's noticed the large increase in the number of vendors, and sometimes on weekends it's impossible to enjoy the beach.

"It's not what the waterfront is for. This is a park, if we wanted to go shopping we'd go shopping," Knox said.

She and other local merchant associations have voiced their approval of the city's proposed ordinance, which would prohibit vending on Mission Beach and La Jolla Shores boardwalks. It would also ban it on high traffic streets like Newport Avenue, Garnet Avenue, India Street and Kettner Boulevard.

Sidewalk vendors would be required to obtain city permits, and would only be allowed to operate from 8 a.m. and 10 p.m. on non-residential blocks. The new rules, however, must be rooted in addressing health and safety issues.

"Don't just set up everywhere, there have to be some regulations," said Knox.

Phoenix Flow Dragon operates a tent in Ocean Beach and agrees some regulations are necessary.

"The fire department steps in makes sure it's ADA compliant, the police step in and make sure nothing illegal is being done," he said.

He just hopes the city doesn't go too far.

"I hope there is a balance," he said.

The full council will consider the proposed rules in October.