The cat's owner said Clyde is a hybrid mix of various breeds and he did not abandon the pet but has lost track of him. 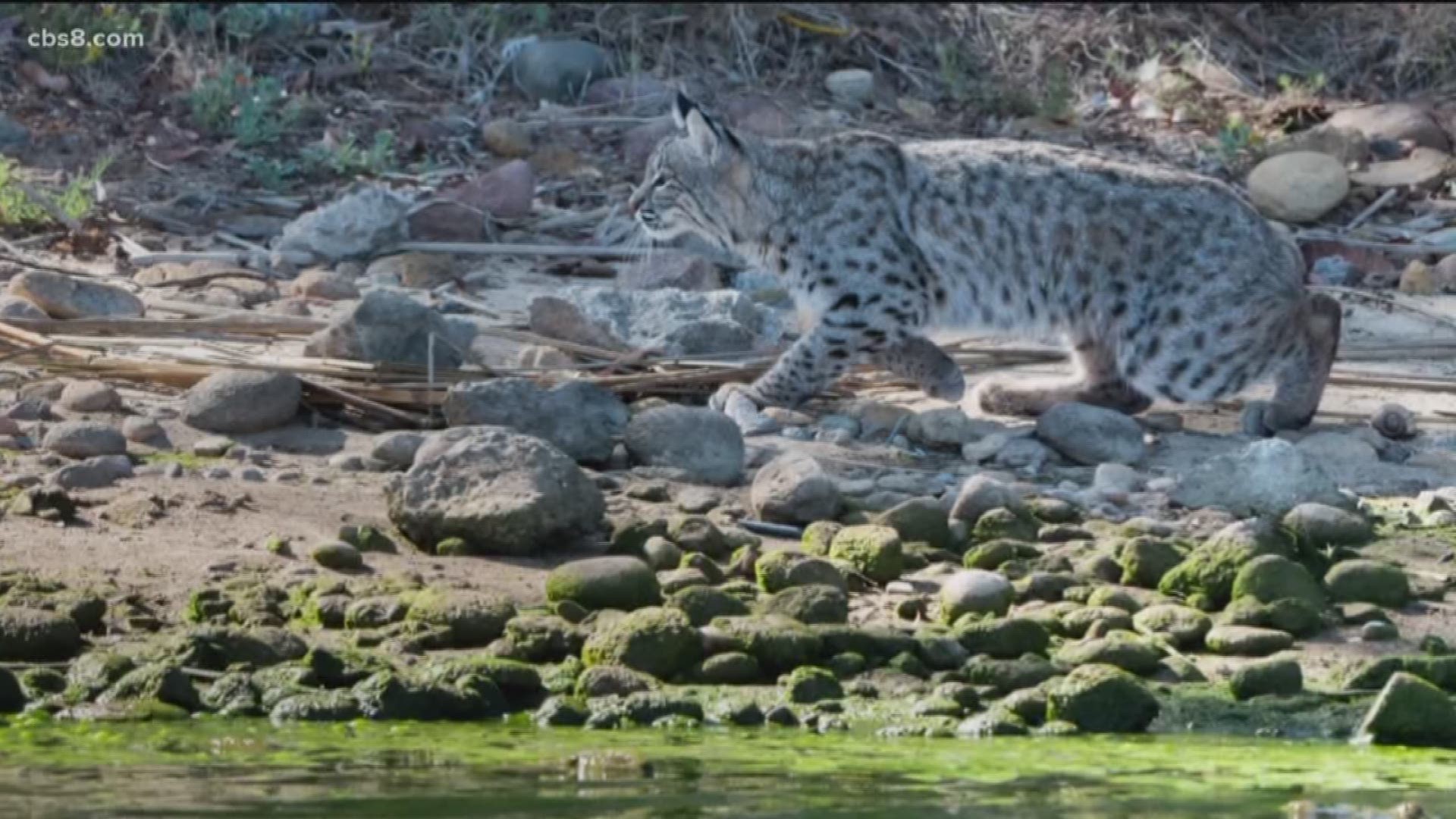 Plale, a hobbyist photographer, shared photos of the bobcat which went viral.

"It’s been crazy there’s been all sorts of rumors flying around about where he came from,” Plale said.

And that was just the beginning of the mystery.

"It just seemed as healthy as can be and relaxed - just a chill domestic cat,” said Plale.

When neighbors realized how comfortable the cat was around people - and that it was declawed - they figured it was someone’s pet. That’s when rumors led to outrage all over social media.

"Somebody took a beautiful wild animal mutilated it and then abandoned it just so they could have a better Facebook profile,” Plale said.

News 8 did some digging and after a little legwork found the bobcat’s owner.

"A lot of people are freaking out like he can’t take care of himself,” said Vince who did not want his last name used.

He told us - the cat’s name is Clyde.

Credit: Courtesy of Clyde's owner Vince
Clyde as a kitten

"I’ve actually tracked the whole area,” said Vince. “[I] track him and find him and bring him back.”

Vince who got Clyde from a breeder said the feline isn’t really a bobcat – he's a hybrid mix of various breeds.

It is legal to own certain types of hybrid cats in California.

“He’s not a purebred of really anything but he’s closer to a lynx,” said Vince.

He denies abandoning Clyde saying he would drop the hybrid lynx at Lake Murray to let him roam for a few days, but always with a tracking collar.

"I don’t know how the collar got off,” Vince said.

Vince says he searched for Clyde multiple times and left his contact information with park rangers so they could contact him if anyone spotted Clyde.

That was two months ago and Vince has since seen the angry posts online from people saying the animal can’t defend or feed itself without claws. Vince disagrees with them telling news 8, Clyde still had his back claws.

He sent us pictures of Clyde as a kitten and gave us a glimpse into Clyde's previous life. He says Clyde was his sidekick at yacht parties, hanging out with Instagram models and roaming around Mission Bay. Vince believes the cat had a great home life.

That however is what fueled a lot of the outrage. Many people just don’t believe bobcats, hybrids or any wild animals should be kept as pets.

And that isn't the end of controversy. The San Diego Humane Society went out to try and trap Clyde this week, but representatives said he hadn’t been seen in a week.

News 8 was told a woman claims to have rescued him she wouldn’t reveal his current location or any information beyond that.

“[He is] supposedly back in the hands of hopefully a responsible owner,” said Plale.

"I just hope they’re not keeping him in a small cage for days on end, because that’s just miserable,” Vince said.

Credit: Courtesy of Clyde's owner Vince
Clyde as a kitten

The Department of Fish and Wildlife told News 8 because Clyde is a hybrid, he isn’t considered a “wild animal.” He’s basically a house cat and Vince's property.

"You gotta look at those pictures - that’s no house cat,” Plale said.

Many people News 8 spoke with couldn’t understand why someone would let a domesticated cat roam free at the lake, even with a tracker.

Vince doesn’t see it that way.

He said Clyde loved being in the wild and that’s why he was so hard to catch.

Vince, who says he never caged Clyde, wants him back but as of now it seems as though someone else may have gotten to him first.

For neighbors in the area, they said the fact that Clyde didn’t want to leave the lake after being set loose, is a testament against having him as a pet in the first place.

Vince said Clyde is micro-chipped but News 8 hasn't been able to confirm whether he was rescued, injured or is still roaming free in his paradise.

Thursday afternoon News 8 learned a local rescue may be in the process of trying to take Clyde in but we weren't able to confirm that.

If you see Clyde, you’re asked to contact the San Diego Humane Society.