The playground looks finished and ready to play on, but the city has had the park fenced off for months. 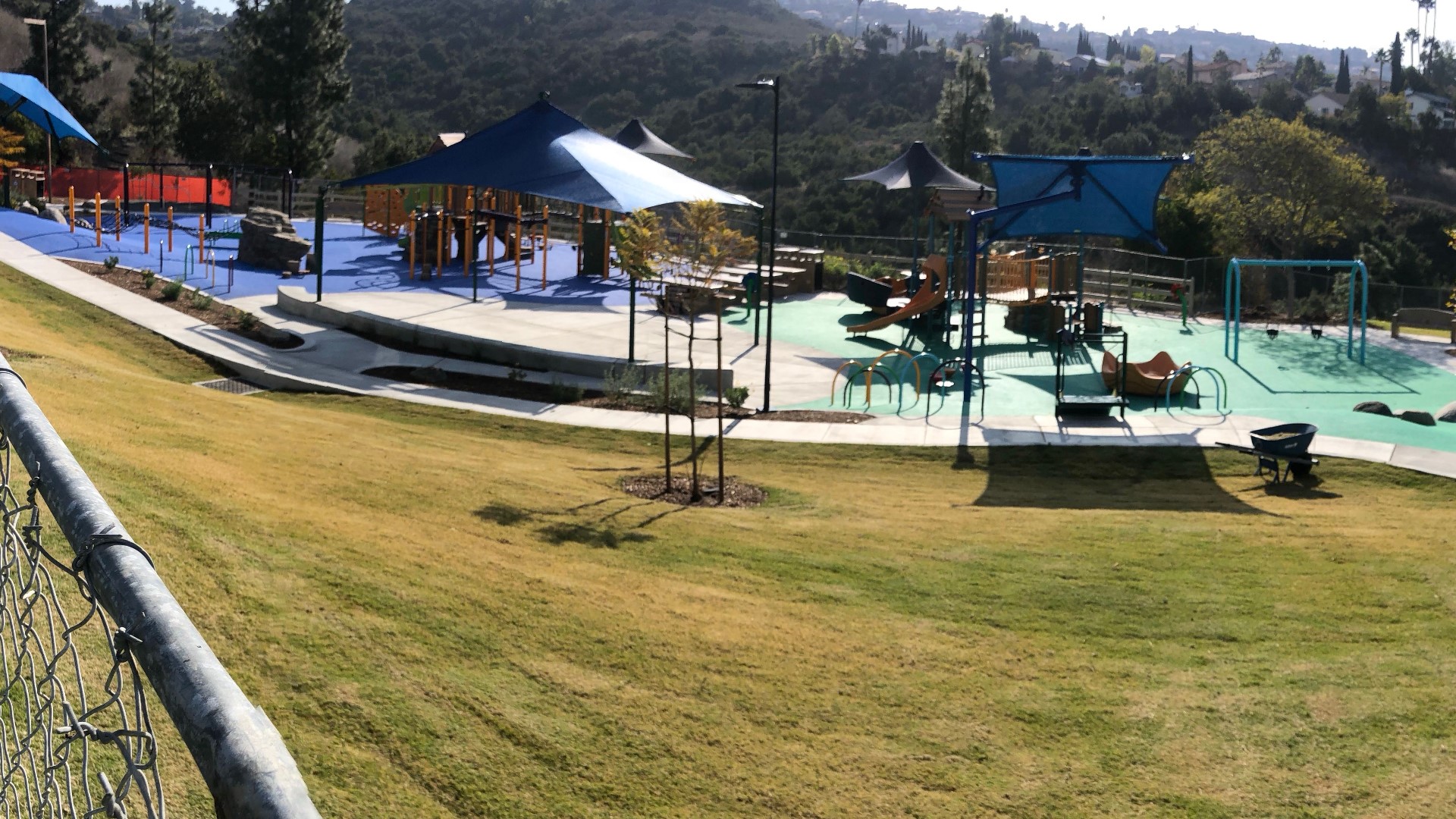 SAN DIEGO — A beautiful new playground in San Carlos looks ready to use, but it has been fenced off for months and many residents have been asking the city what is going on.

The playground is located at Rancho Mission Canyon Park on the Del Cerro and San Carlos border. Residents say it was supposed to be finished in spring 2019, then summer, then fall.

A News 8 viewer told us the park appears to be ready for kids and many are unsure why it can’t be used yet.

The only obvious construction is 10-feet of walkway that connects the sidewalk on Margerum Avenue to the park.

New 8 drove up on Wednesday morning to find construction crews hard at work. Residents say inquiries to the Parks & Rec Department did not produce any answers. News 8 reached out and the city gave us this statement, “There is some concrete work that needs to be adjusted to meet the requirements of the contract. Once those adjustments have been made, the project will be completed. It is anticipated at this time the work will be completed by middle of February."

The city responded to our calls and said the park should be open in February.