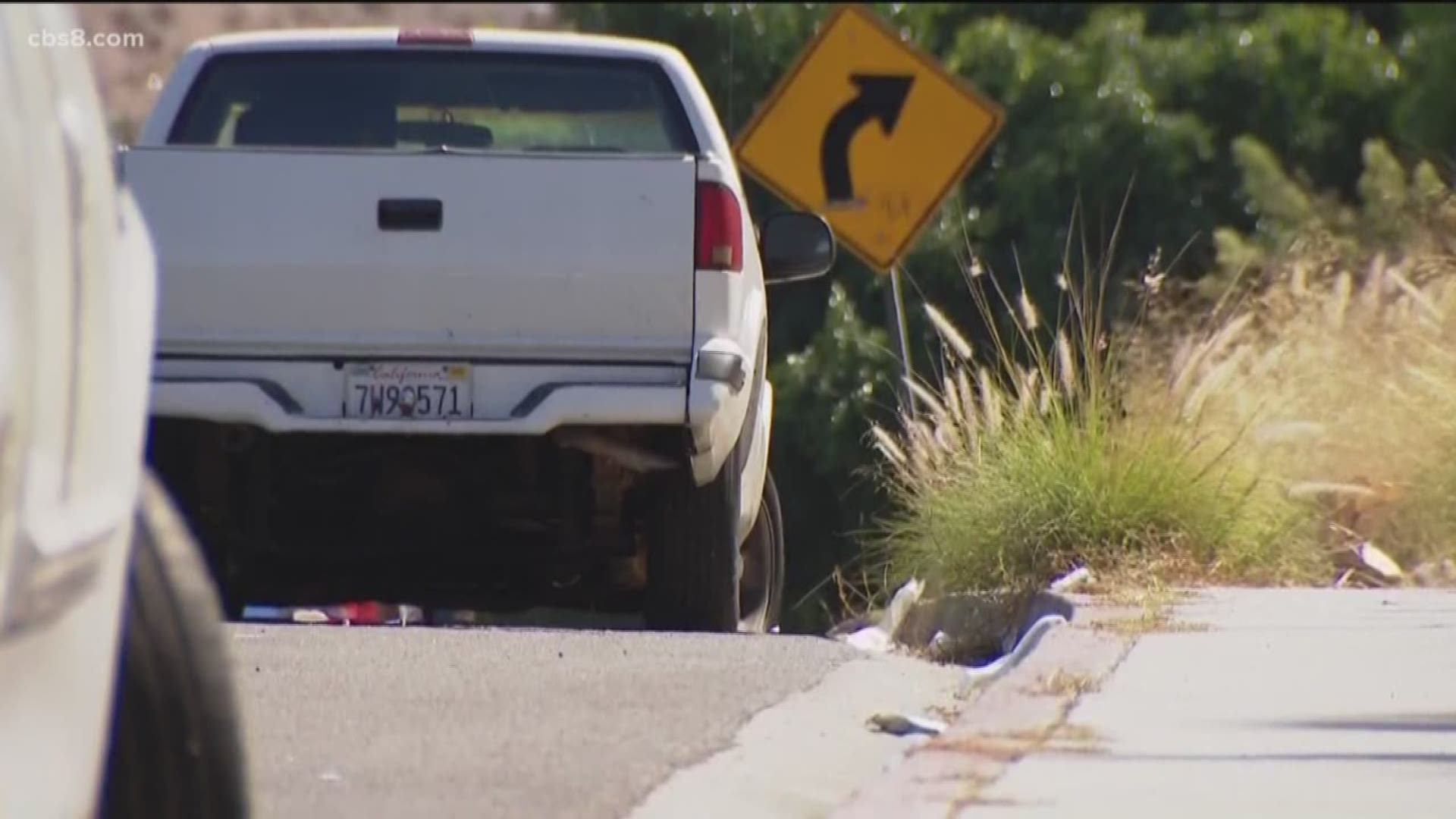 A frustrated Oak Park resident says the city of San Diego's "Get It Done" app isn't living up to its name.

A pick-up truck in his neighborhood has flat tires, a broken window and there’s no ignition switch.

He says the abandoned truck has been parked illegally in the same spot for months and that he’s reported it multiple times to the city but it’s still here.

RELATED: Use the city's "Get It Done" app to report pothole problems from recent storms

RELATED: Get It Done: City expands problems that can be reported on app

Neighbors living in the Bayview area of Oak Park say they’re used to it: abandoned vehicles, trash, and even human waste.

“You can smell it and you can see it, but I pretend I don’t see it,” says longtime resident L.Q. Arnold.

Mayor Kevin Faulconer proudly introduced the Get It Done app a couple of years ago, touting the ability of city residents to quickly get issues in their neighborhood addressed. However, in Oak Park, many residents feel like the city treats lower-income neighborhoods with a lower priority.

“I just wish the city would use equal enforcement throughout the city,” Hasty said.

Hasty showed News 8 multiple claims he’s filed through the "Get It Done" app that haven’t been addressed. Consequently, he says the criminals know they can get away with more in Oak Park.

“If you come here any given night you’ll see two to three vehicles parked here just hanging out,” said Hasty. “They throw trash on the ground, do drugs and whatever and they’re very comfortable with it here.”

News 8 has confirmed that the truck has not been reported stolen, but it does now have a ticket for being an inoperable vehicle. News 8 contacted the city for their side of the story. A police officer spoke about the abandoned truck, but the city hasn't commented on the app as a whole at this time.