Residents in the San Carlos neighborhood of San Diego said they’re dealing with the aftermath of flood damage from four years ago with on-and-off-again pipe repairs. 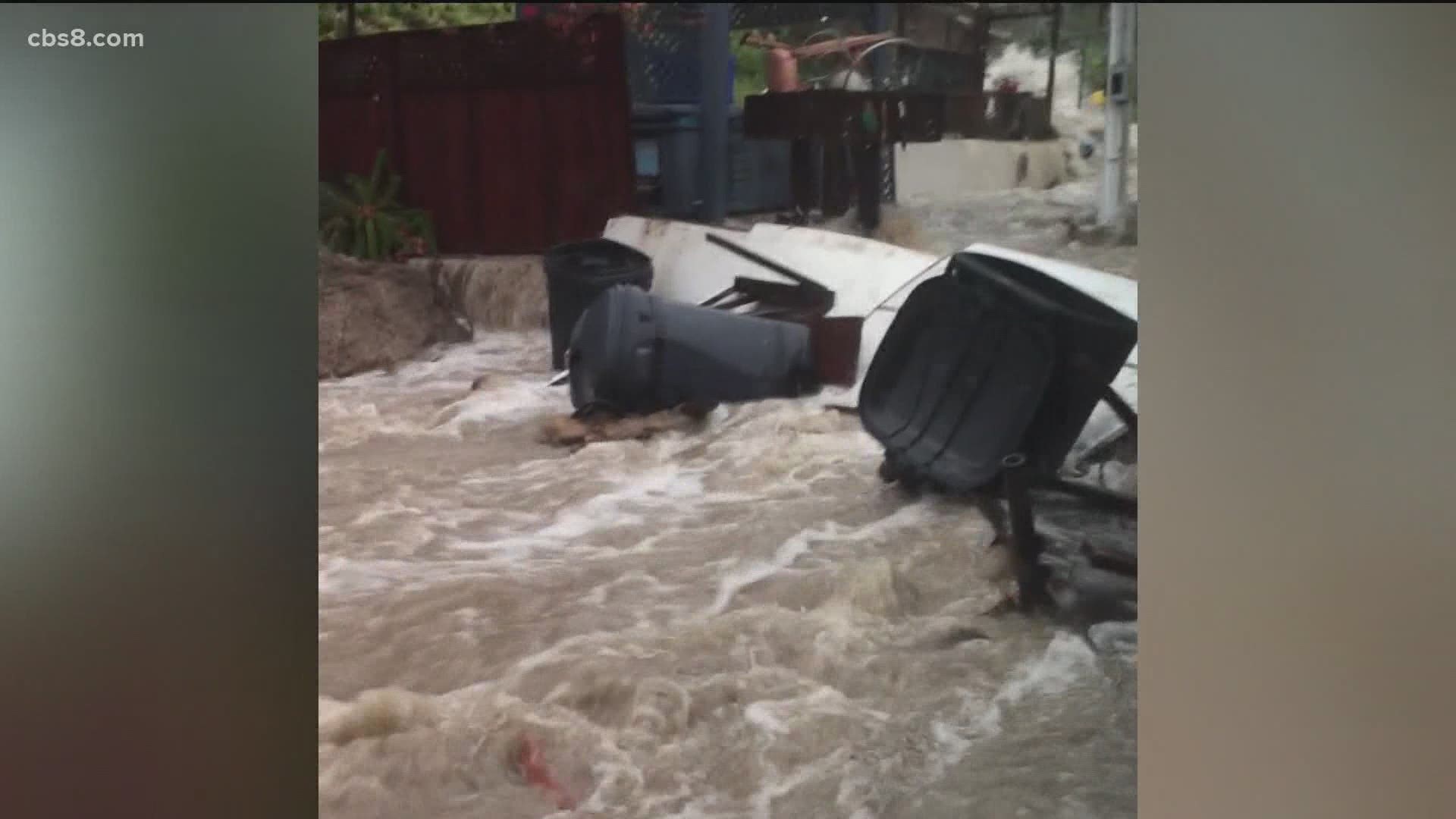 SAN DIEGO — Construction equipment has been camped out in the San Carlos neighborhood of San Diego, untouched for weeks.

"We got some concrete drainage pipes, generators, outhouses, everything just left behind. There's a tractor that's actually on the hillside that is on the trail just sitting there not doing anything,” said San Carlos resident Bret Patterson.

Crews were working on a big repair project ever since the epic flooding of 2016 in the 6200 block of Cabaret Street, where rushing water pummeled the area.

San Diego city crews worked to repair the storm drain pipe, which was a problem that frustrated neighbors who said they reported it to the city months before the January 2016 storm, but received no action.

"They had to get a class-action lawsuit against the city and they won, and it cost the city a lot of money,” Patterson said.

Patterson, a longtime airline employee, has been in his home since 1992 and witnessed the flood damage from Decanture Street. Now, four years later, repairs continued in March.

"Everything was on track. Crews were working hard,” he said.

Then work suddenly came to a halt mid-summer.

“Like over a month ago, they just didn't show up, and all their equipment is still sitting here."

Frustrated residents say flooding repairs have been going on since 2016, and for weeks, heavy equipment has been left out on Cabaret and Decanture Streets with no work in the San Carlos neighborhood of San Diego. @CityofSanDiego says it anticipates work resuming next month. 🚜 pic.twitter.com/bdkb9EifTz

So, Patterson reached out to the City Of San Diego for answers.

"[ I] started calling and left messages and didn't get anything in return, just was ignored,” Patterson said.

His residential street looks like an active construction site filled with bulldozers and orange cones.

“A little disgruntled about the fact that there's no one even working and all this equipment is just sitting there,” Patterson said.

A statement from Scott Robinson, senior public information officer for the City of San Diego says:

Construction started early this year. However, it was determined that additional stabilization work was needed to reinforce a slope within Rancho Mission Canyon Park to better protect a sewer pipeline and a storm drain.

City engineers are now working on the design and plan to proceed with the additional work. We anticipate work resuming next month with work potentially progressing into next year.

Patterson said, “In my conversations with the contracted crew members down there, they were frustrated at the city's environmental people coming by stopping construction and doing studies. We just want our street back and for the work to be finished.”