The needles weren't picked up for over a month. 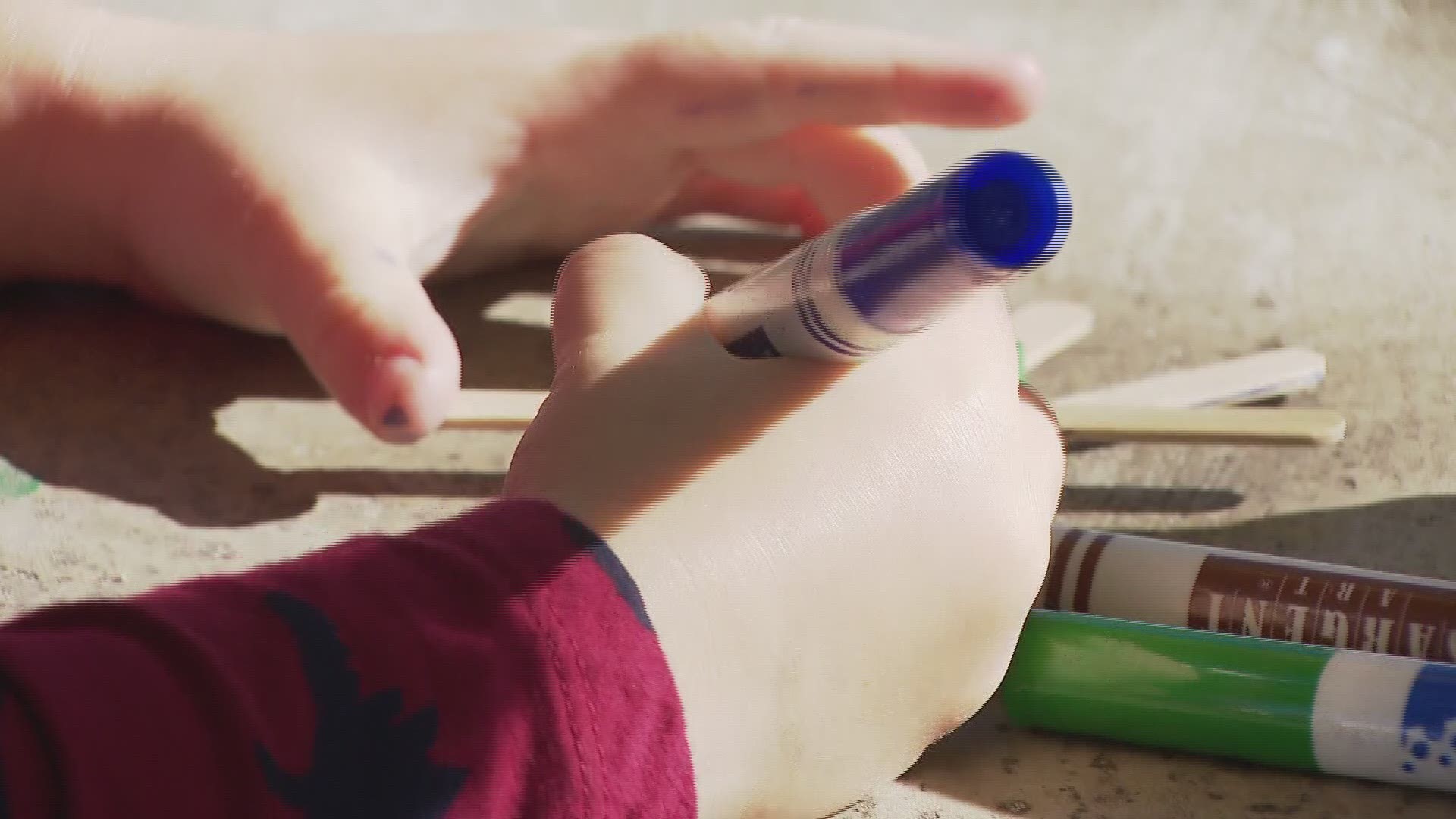 SAN DIEGO — Hanging out at the park is a favorite past time of San Diego mom Sandy Algra and her son, Willem. However, the 3-year-old made a troublesome discovery at a local park.

"He said 'hey Mama, what's this?' and I turned around and he was holding a bent, bloody drug needle," says Algra.

It happened last year at Liberty Station. Willem had to be taken to Rady Children's Hospital, where he needed months of HIV and Hepatitis testing.

Fortunately he's okay, although Algra can't say the same about the city's response to the issue.

After finding another needle in Pacific Beach, she was told to report it using the city's Get It Done app, but she didn't get a response.

It wasn't until several weeks, meetings and emails later that she was told Parks and Recreation (the department that handles these cases) is not even a part of the city's app.

RELATED: Get It Done: City expands problems that can be reported on app

The needles were not picked up for nearly 40 days.

"I am beyond mad,"" Algra said. "The only thing I can use to describe it is 'rage.' I don't understand why the city cannot take responsibility for a public health hazard."

Algra is encouraging the city to establish a better process to take up issues that are matter of public health and child safety.

News 8 reached out to the city and received this response from the Parks and Recreation Department, which has been edited by News 8 to correct grammar mistakes:

When the Get it Done app was originally released, it was always with the understanding that it would be done in a phased approach and that not all departments would be integrated immediately. Using a phased process allows the City to monitor the number and types of requests it is receiving and prioritize those departments with larger service volumes to be recommended for integration into the app. Currently, the City lists the items addressed by the app on the Get it Done website at www.sandiego.gov/get-it-done with additional outreach information found at https://www.sandiego.gov/get-it-done/outreach.

As it relates to customer requests using the app, there are actually a large number of requests entered into the Get it Done app that the city cannot address. The city receives numerous requests for services to items that the city does not operate or can fix like graffiti on utility boxes (SDG&E) or malfunctioning freeway traffic signals (Caltrans).

In those instances, instead of closing the report (as the city does not have the means or authority to address the issue) the Get it Done app does allow the city to "refer" those requests out to those agencies to handle. This referral system is also the case for departments that are not currently integrated into the Get it Done app, including the Parks and Recreation Department.

In those cases, the customer is notified via email that the matter has been referred to the appropriate department or organization and a corresponding email is sent to the referral party to address the issue. Once the request is referred out of the Get It Done system, the status changes to "Referred" and no further status updates are provided as there is no way for the Get it Done app to properly track the status of requests that are not integrated into its system.

The Parks and Recreation Department does receive a high volume of requests via the Get it Done app, and the city is hoping to fully integrate the department into the app as soon as possible. There is a possibility that the city will integrate the Parks and Recreation Department into the app in the next calendar year, but that is largely dependent on the scope of the work and funding availability.