A new memoir has just been released about the lives of Max and Rose Schindler titled "Two Who Survived: Keeping Hope Alive While Surviving the Holocaust." 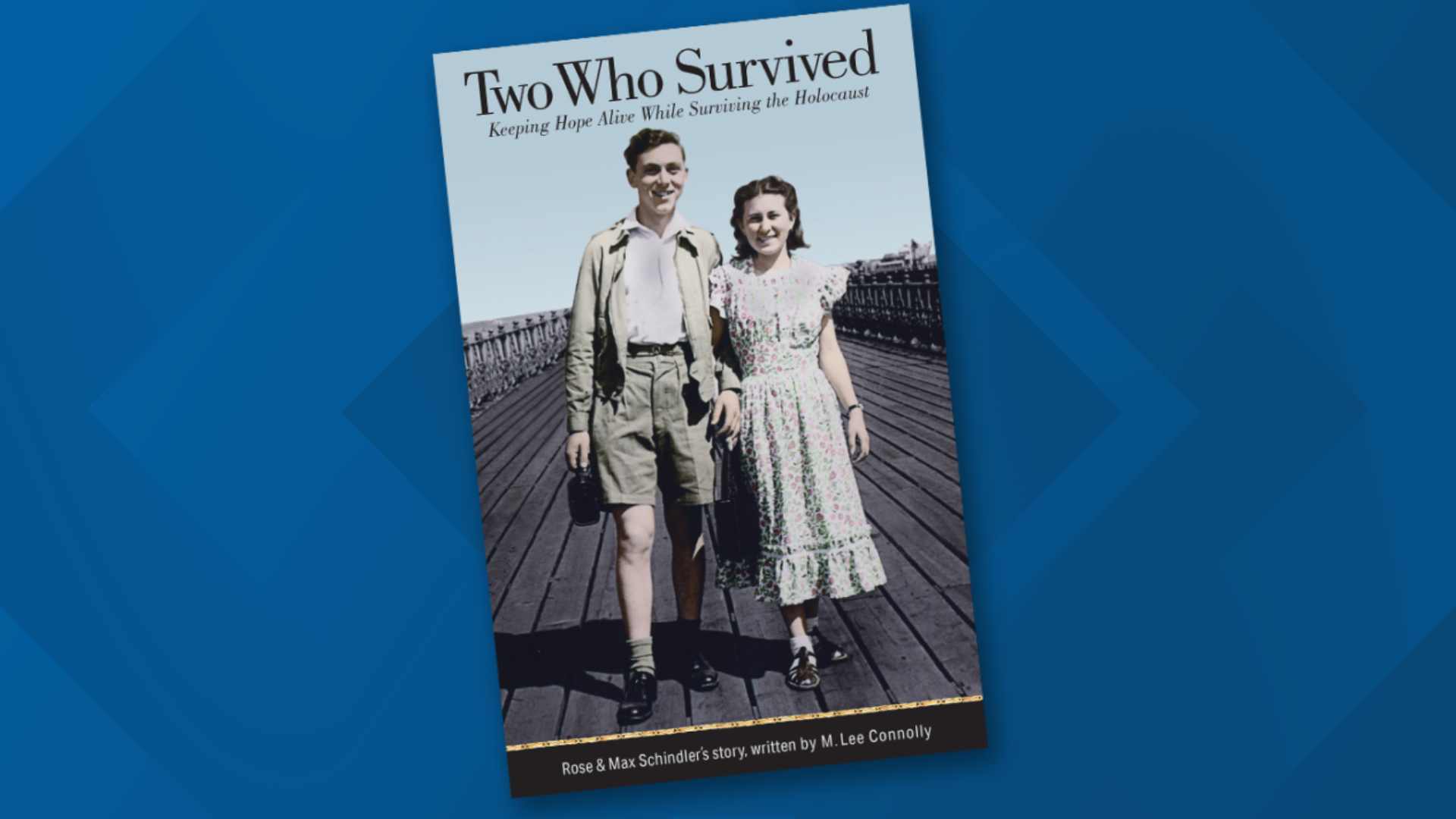 SAN DIEGO — A lot of people are proud of their parents, but one son in San Diego says his parents have an incredibly inspiring and important story to share. They are Holocaust survivors.

During this time when the nation has seen a dramatic rise in Anti-Semitic hate crimes, Benjamin Schindler says his parents’ story is more significant now than ever before, so the world doesn’t forget the unthinkable atrocities that occurred during World War II.

In this Your Stories report, News 8’s Marcella Lee shares details of a new memoir that has just been released about the lives of Max and Rose Schindler.

Rose Schindler was just 14 years old, when she and her family were rounded up in the spring of 1944 and sent by train to Auschwitz, Poland. When they arrived at the concentration camp, a Jewish worker in a striped uniform asked Rose her age. She said she was 14. He said to her, "Tell them you're 18."

Rose had no idea why this stranger had given her this advice, but minutes later, when a German SS officer asked how old she was, Rose replied, "I'm 18." Her older sister Helen, possibly thinking that children would be given better treatment, said, "Oh no, she's only 14."

Rose insisted: "Oh no, I'm 18," and the officer allowed Rose to stay in the line with her two older sisters. Their mother and four younger siblings were sent to a different line, which Rose later learned, led them straight to the gas chambers.

The advice of a stranger saved Rose's life.

Seventy-five years later, Rose is still alive, and is now sharing her story of survival in a new book, entitled, "Two Who Survived: Keeping Hope Alive While Surviving the Holocaust." The memoir, written by M. Lee Connolly, chronicles the lives of Max and Rose Schindler through their personal accounts of those dark, horrific days in the concentration camps.

"Two of us survived the war. We survived hell. We were very proud we survived," she said.

Rose remembers being a little bit excited when she learned they would be traveling by train.

"We really had no idea where we were going," she said. "We never traveled, so it was kind of exciting leaving the town."

However, she said, the three-day train ride from their hometown in Czechoslovakia to Auschwitz, was almost unbearable.

"There was no water in the train, no bathrooms, no windows," Rose said. "We had a slit 4-inches by 10-inches. They squeezed in 80 people at least. After two and a half days, you can only imagine what it looked like, what it smelled like."

Rose and her sisters spent the next four months at Auschwitz. Rose says she was sent to the gas chamber line several times, for being too weak and thin. Each time, however, Rose calmly stepped out of line, blending in with others passing by, in order to spare her life.

"I knew right away I had to get out of the line. No doubt about it," she said. "If they would catch me, they would shoot me on the spot. You have to be careful. In a place like this, you learn tricks."

Her will to stay alive was, in part, fueled by a promise she made to her father. Before he was sent off to work in a factory, he told Rose: "Whatever you do, stay alive, so you can tell the world what they're doing to us." She told him she would.

"We hugged. We said goodbye," Rose remembered. "I never saw my father and brother again."

Rose and her two older sisters survived and were working at a factory when they were liberated, but their parents and five siblings were all killed in the Holocaust. When they returned home, they found a box filled with valuables that their dad covered in mud and hid in their house. Inside, they found a few pieces of jewelry - family treasures she and her sisters divided. Rose kept their dad's pocket watch and chain, which she wears as a necklace.

"I wear this everyday. It's the first thing I put on when I get up. I feel he's with me," she said.

A photo of the chain graces the cover of her new book, and every single page inside, a symbol of her father. Rose says: “It’s part of this body, this necklace.”

The book also contains a section of historic family photos. Rose cherishes the photos, which a neighbor kept safe for them. She says their home was completely empty, filled with horse manure because the Germans kept their horses there, and she is confident those photos would have been lost, had it not been for her neighbors. The photos hang in her hallway in her home.

"I get very emotional the older I get," Rose said with tears in her eyes. "I see pictures of my father and I start crying. I lost a whole family: my father, mother. We were 8 children. Only three of us came back from the war."

After the war, Rose, whose maiden name is Schwartz, met her husband Max in England at a hostile through a program for orphaned Holocaust survivors. They married on July 27, 1950, and soon after settled down in San Diego. Max died at the age of 87 in January of 2017. They were married for almost 70 years.

"I feel sad, very sad, but there's a lot of good things too: my friends, kids, babies, raising a family," Rose said while flipping through her memoir.

Rose has four children, nine grandchildren, and one great-grandchild, who is named after her husband Max.

Rose, who turns 90 years old in December, says reliving her past is painful, but she knows the stories of Holocaust survivors need to be documented.

"In every city, there are very few of us left," she said.

Rose wants people to remember the atrocities, so history doesn't repeat itself.

"Never forget what happened. It was such a horrible thing. The whole world was silent when this was going on," she said. "Where were the people to help us? We were taken like sheep to the slaughter. Unbelievable."

Ben Schindler, the couple’s son, happens to be a publisher. He says the book was authored by M. Lee Connolly, who first met his mom Rose at a school event where was sharing her story with children. Through a series of interviews and conversations, she wrote, “Two Who Survived.”

Ben says Connolly did a beautiful job, introducing the reader to his parents when they were just young children. He said he had the book printed in the U.S. on high-quality archival paper, so his parents’ memoir will last for generations.

“We're hoping the book can fill a void between 'The Diary of Anne Frank' and Elie Wiesel," said Ben.

He says the memoir is written for readers as young as 6th grade, to help educate them about what took place during World War II, and encourage empathy and understanding.

Ben Schindler also says it’s interesting to reflect on the horrors of his parents’ past. He says, there’s usually a way to see light from the dark - for good, to come from bad.

“Somehow, it took Hitler to bring Max and Rose together, to create me and the whole Schindler family," Ben said. "If there’s such a thing as 'a plan' in life, this certainly wasn’t a good plan, but it created us, so that’s good. Look at all the bad it took, to come out with good.”

Ben said he hopes the book will be able to create a conversation for healing, and hopefully spread the word that there’s always a reason to be hopeful.

That’s also the message Rose Schindler wants to spread with "Two Who Survived."

"The thing is, if you have problems, don't ever give up," said Rose. "Things can always be fixed, and hopefully the next day is better, never give up hope."