A father of three teenagers said he is concerned about the coffeehouse using "buzzed" in their branding - a word commonly associated with alcohol or marijuana. 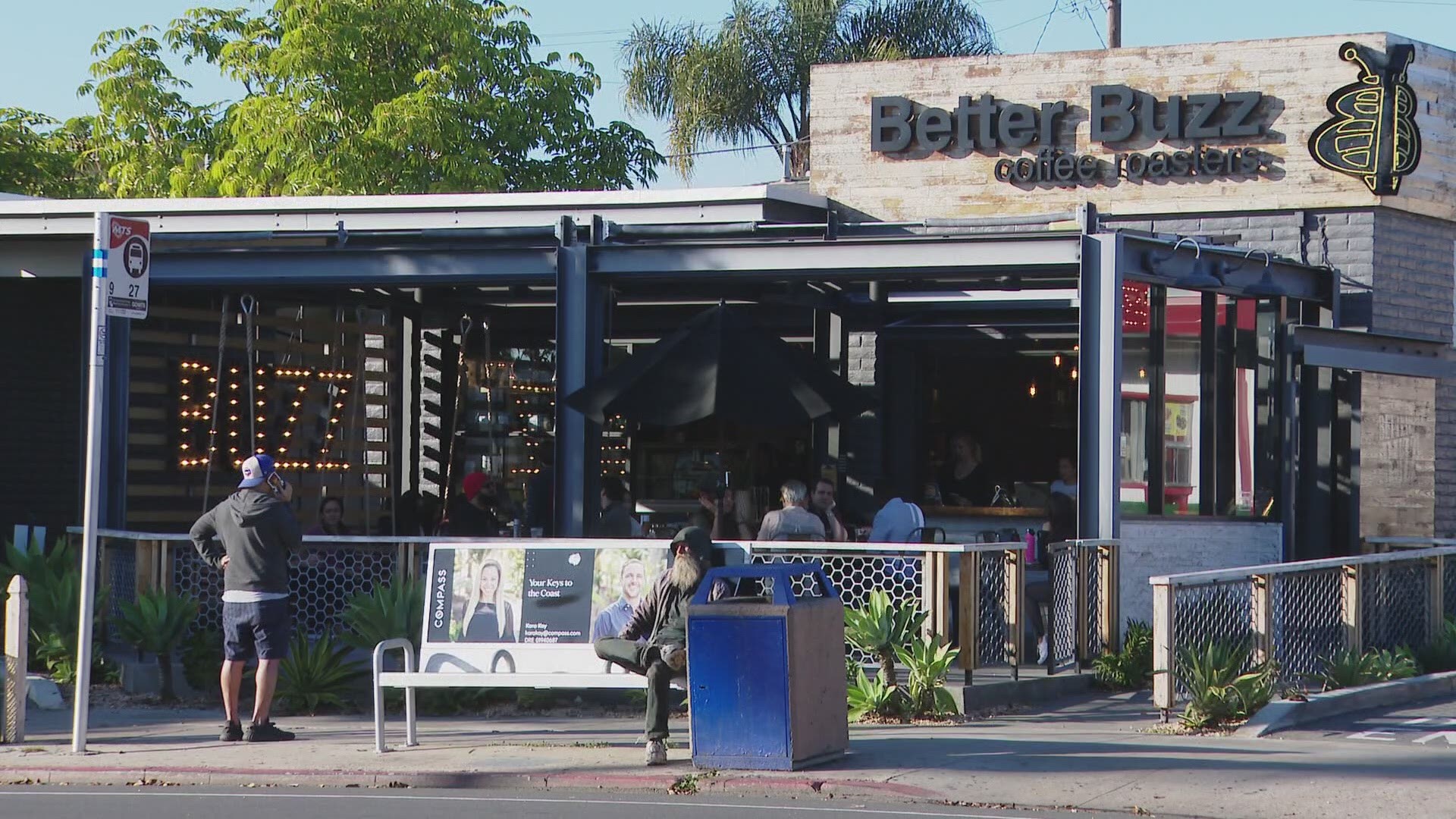 SAN DIEGO — The back of a van seen driving around San Diego reads: “I drive better when I’m buzzed." It's promoting local coffeehouse Better Buzz Coffee.

“In the store, they have things like, ‘Life is better buzzed’ and stuff like that,” says Bob Gralewski. “I don't believe that, but that's fine if that's the marketing copy they want to go with.”

Bob is a Better Buzz customer, but the father of three teenagers is extremely disappointed that the coffee house is also tying its slogan to driving because the word “buzzed” is most commonly associated with alcohol and marijuana use.

“When you put on the back of a vehicle driving around the streets of San Diego, ‘I drive better when I'm buzzed,’ I believe that crosses a line and I think it's outrageously irresponsible," he said.

News 8 showed a picture of the van around Pacific Beach where Better Buzz has multiple stores. Every person that spoke with News 8 shared Bob’s concern.

One mentioned that her aunt was killed by a drunk driver.

Bob talked to the manager of the store he frequents but says she didn't seem overly concerned. She told him the slogan refers to caffeine and has nothing to do with alcohol or drugs.

“That may be their take, but that's not how it's perceived in the marketplace,” Bob said.

He said he is hopeful that the coffee company will realize promoting buzzed driving is a bad idea and remove the saying from their van.

News 8 contacted Better Buzz several different ways hoping to talk with them about the message on the van, but they have not responded to the requests.