Residents in Mission Beach say scooters in corrals are forcing street sweepers off the curb. 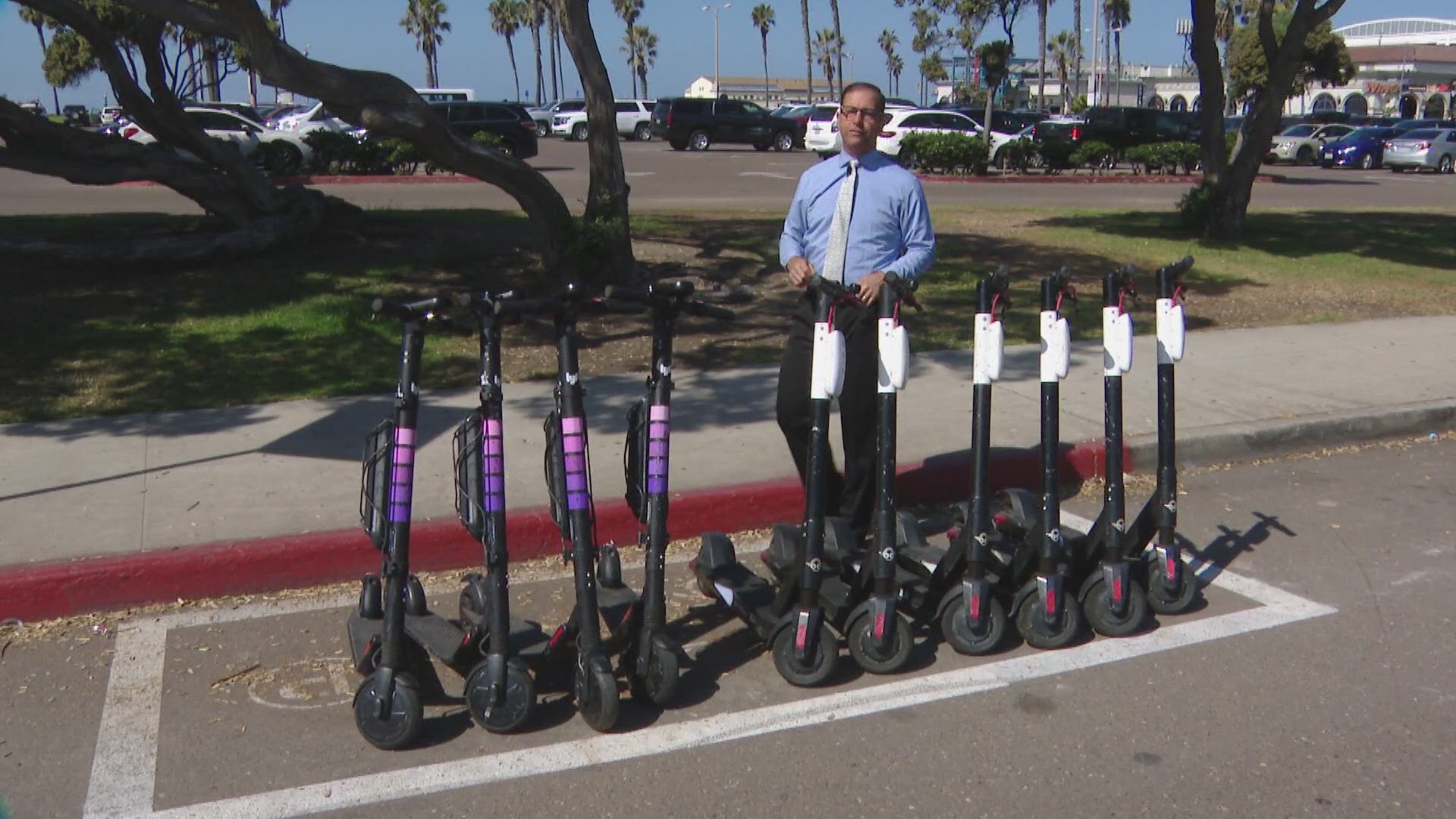 SAN DIEGO — Mission Beach is one of several areas where the city has created scooter corrals. The idea behind them is simple - by parking in designated spots on the street, the scooters are no longer blocking the sidewalk.  But in Mission Beach, residents say the corrals have created another problem.

Greg Knight says the scooters - in corrals - are forcing street sweepers off the curb and he showed News 8 the pictures to prove it.

Mission Beach has a history of flooding during heavy rains and clogged drains will make a bad situation worse. Greg, who is vice president of the Mission Beach Town Council, says some of the corrals haven't been swept since they were created over the summer.

Also frustrating residents is the fact that cars that don’t move on street sweeping days get tickets, but nothing happens with the scooters.

“Scooter companies leave their stuff here and not even a slap on the wrist,” Greg said.

That said, a city spokesperson sent News 8 this statement:

"The city of San Diego is working directly with scooter operators to keep street-sweeping routes clear and has levied multiple citations to operators who have not complied."

Greg has his doubts.

“We've been in constant contact with them going, 'what is your solution?' and they never had a solution from the get go.”