Your Stories: Harbor Drive bridge elevators work, but the smell of urine lingers

It was a Your Stories email that first alerted us to the problem in 2018, and recently News 8 received another email asking us to revisit the issue. 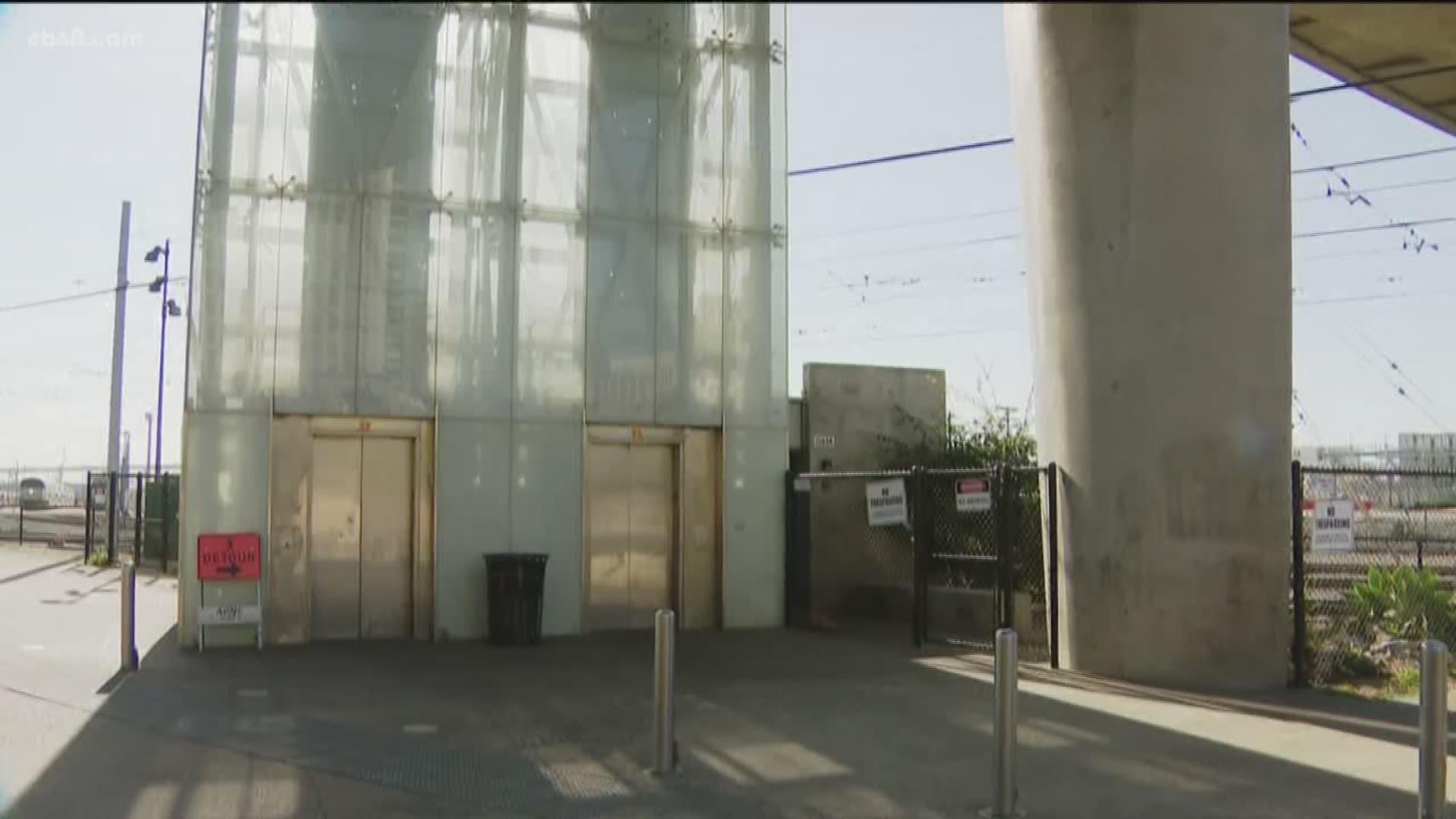 SAN DIEGO — Broken elevators, urine on the floor, and vandalism.

The elevators at the Harbor Drive Pedestrian Bridge were a mess when News 8 visited them at the start of baseball season two years ago.

Parents had to carry strollers down stairs, and cyclists carried their bikes because the homeless made the elevators unusable.

It was a Your Stories email that first alerted us to the problem in 2018, and recently News 8 received another email asking us to revisit the issue.

So how are things today?

As soon as we stepped into the elevator, News 8 crews were overcome by the strong smell of urine.

“The smell is enough to knock you out,” said Jesse Watkins. “And sometimes there's liquid on the bottom.”

There was a mysterious liquid too, and somehow, a wrapper was stuck to the window. The good news is that both elevators were working during the visit.

The bad news is that the smell of urine was so overpowering no one really wanted to use them.

It's disappointing for locals like Jesse and Ofelia Watkins who like to walk their dogs around this otherwise beautiful area.

“You have a lot of conventions here,” said Ofelia. “People stay at the Hilton. They have to travel over to Petco Park or the Gaslamp. This should be kept a lot cleaner.”

Around the elevators, there were a lot of other concerns like multiple needles, empty bottles of alcohol, and trash. The city has a contract to clean the area multiple times a week, but residents say it seems like the area is really only scrubbed before big events.

News 8 the city for a comment on the current situation, but they didn't offer any statement.