The sidewalk signs for a marijuana company were found in front of several businesses in San Diego. 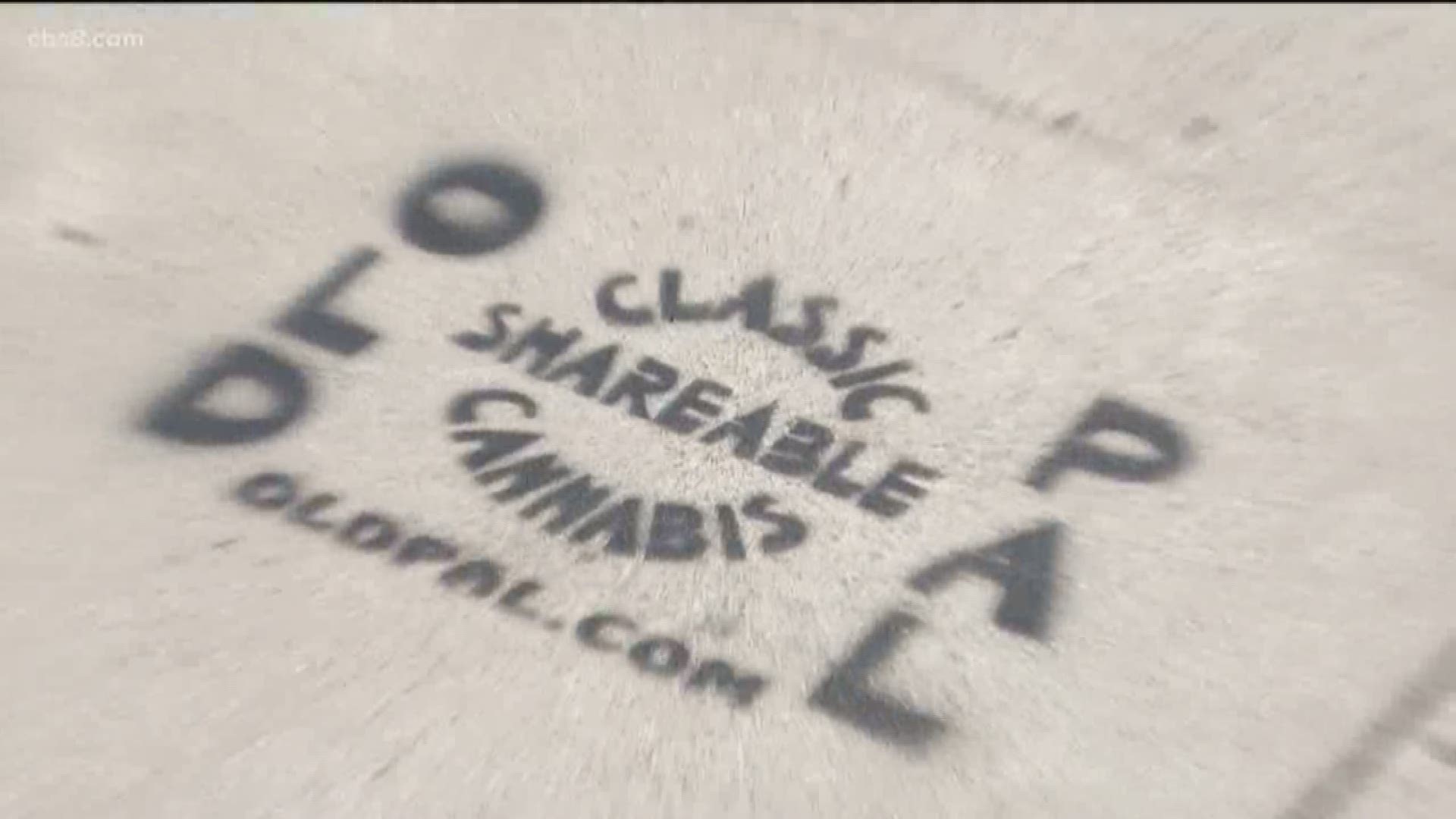 Sidewalk signs promoting a new cannabis company suddenly showed up over the weekend in the College Area, according to a News 8 viewer who says he spotted several of the stenciled ads on El Cajon Boulevard.

He said he is irate that a company would think it’s OK to cover his neighborhood with their graffiti, and he wasn’t the only one who felt that way.

“Something like this really doesn't make me happy, especially on a Monday morning,” said Jim Schneider the Executive Director of the College Area Business District.

The sidewalk signs were found in front of several businesses in his coverage area.

“That's not what we want to see. Our businesses here are brick-and-mortar businesses that pay rent or mortgages to make sure that they're here,” said Schneider.

“We do our job to make it the best atmosphere possible for them to do business and be successful.”

The ads promote a company called Old Pal which sells cannabis through at least one local dispensary.

Their advertising method got Brent Shanahan’s attention as he was out walking his dog.

“[They’re] just defacing property,” Shanahan said. “[We] can’t have everyone out here doing that.”

News 8 contacted Old Pal who says the advertising is chalk not paint and therefore not designed to be permanent.

As for marking up sidewalks the spokeswoman added,

“As a startup cannabis brand with heavy regulations around how we promote our brand, we are always looking for new ways to spread the word.

This was a test that was not received well, and we are working to remedy that. We value the opinions of everyone that comes across our brand and take feedback seriously."

It's not clear how many signs were stenciled on sidewalks and in what areas, but in the College Area, the business district is making sure they don't last long.