Burdella Thomas’s husband calculated how much they lost in total and she said it came out on $84,000. 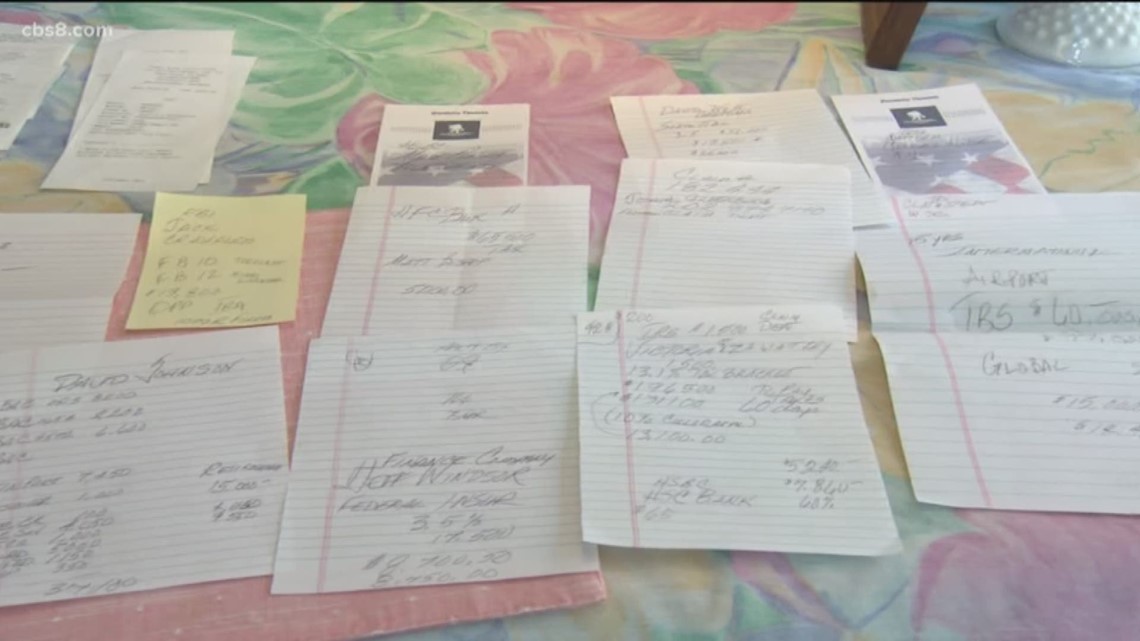 CHULA VISTA, Calif. — Chula Vista woman Burdella Thomas says she knows about scams and never thought she would fall for one, but one phone call hooked her, and she is not alone. The call that came in to Burdella and her husband Don last month promised to change their lives forever.

"They called my husband and said you have won half a million dollars,” said Burdella.

Then the couple say they got another call that made it seem like things were about to get even better.

"The next day, they call and say, ‘there was a mistake - you're not going to win $500,000, you're going to win $1.5 million because the million-dollar winner had a criminal record and they can't win it,” Budella said.

The caller said they won a popular magazine contest, which the Thomases do enter annually so Burdella, who has law enforcement experience, had no reason to believe she was being scammed.

"They really play with your mind,” she said.

Burdella says it almost felt like she was hypnotized because she lost all her objectivity. When the caller told her she needed to send money to pay for processing, Burdella drained her savings account. Then came another call she says to tell her the check was ready but couldn't be released until federal taxes were paid. Burdella told the caller she and her husband were broke. The caller suggested taking loans against their credit cards.

The scammers told the Thomases that they couldn't tell anyone about the prize - not even their children - until after they got the check, or it would void their victory. So, they quietly kept sending money eventually draining their retirement account too.

Burdella’s husband calculated how much they lost in total and she said it came out on $84,000.

Scott Pirrello is head of the Elder Abuse Division for the San Diego District Attorney's Office. He says Burdella fell for the sweepstakes scam - and she's not alone. He says San Diegans are swindled out of more than a million dollars every year.

"Often, we see people that give their life savings - it starts with a couple hundred dollars, then they go for a few thousand, then they instruct people to reverse mortgage their house. and it's tragic and it happens in a fast period of time” said Pirrello.

The scammers called Burdella again while News 8 was at her home and told her she still needed to send another $4,200 and when Burdella said instead she would like her money refunded the woman on the phone said she could not do anything.

This ordeal has taken a toll on the family, Burdella says. Her husband was even hospitalized with a stress-related issue and she's worried she's not far behind him.

"I have severe lupus, both of us have kidney problems and if the stress gets to me too bad, it could force me into dialysis,” Burdella said.