A plan to restore Sunset Cliffs to its natural beauty appears to be doing more harm than good, according to some. Crews are removing non-native plants and replacing them with native ones, but resid... 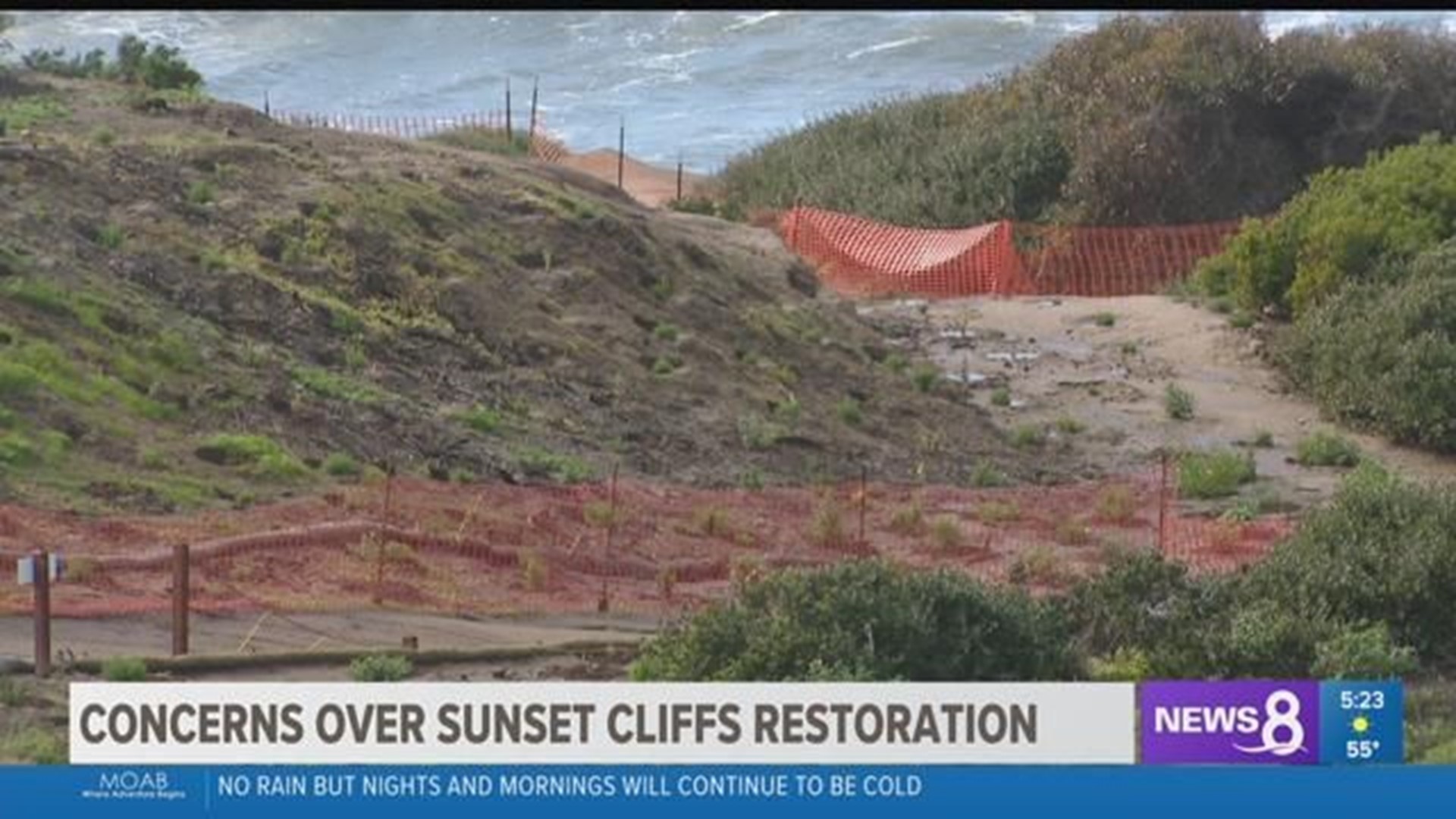 SAN DIEGO — A plan to restore Sunset Cliffs to its natural beauty appears to be doing more harm than good, according to some.

Crews are removing non-native plants and replacing them with native ones, but residents tell News 8 the herbicides being used are actually hurting the environment.

News 8’s Shawn Styles takes a look at their concerns in this Your Stories Investigation.

Pauline – who asked News 8 not to use her last name – says she has been going to Sunset Cliffs for 40 years. She and others think the city is going about the restoration the wrong way.

Pauline pointed out trash left behind on the restoration site and orange fencing breaking apart.

She said she takes a trash bag out and collects the debris hoping to keep it out of the ocean.

The biggest concern locals have brought up is an herbicide being used to kill non-native plants and how it might be affecting the surrounding environment.

News 8 brought the concerns to the City of San Diego and they replied in an email with the following:

The contractor primarily relies on hand-weeding to remove weeds BUT uses herbicide to reduce weed germination. Ranger Pro is a postemergence, systemic herbicide with no residual soil activity. crews have maintained storm water pollution measures that prevent water runoff and any potential spray drift from escaping the job site.

The contractor has been cleaning up the fence as it has been broken and ripped.

Any and all grading occurring on the project has been reviewed and approved by the City AND is designed to improve the stability of the park and slow the erosion.

Pauline and others that love Sunset Cliffs say they have three simple requests:

“I think whoever is in charge of this area needs to walk it daily, and make sure that their construction crew is picking up after themselves; they need to stop spraying poison on the cliffs; and I think they need to take a look at the plastic fencing that they’re putting up everywhere and and replace it,” said Pauline. News 8 welcomes story ideas or suggestions you may have.