Your Stories: Neighbors fed up with nuisance house in Lakeside

Neighbors living near a trashed-out home in Lakeside are asking for help to get it cleaned up. 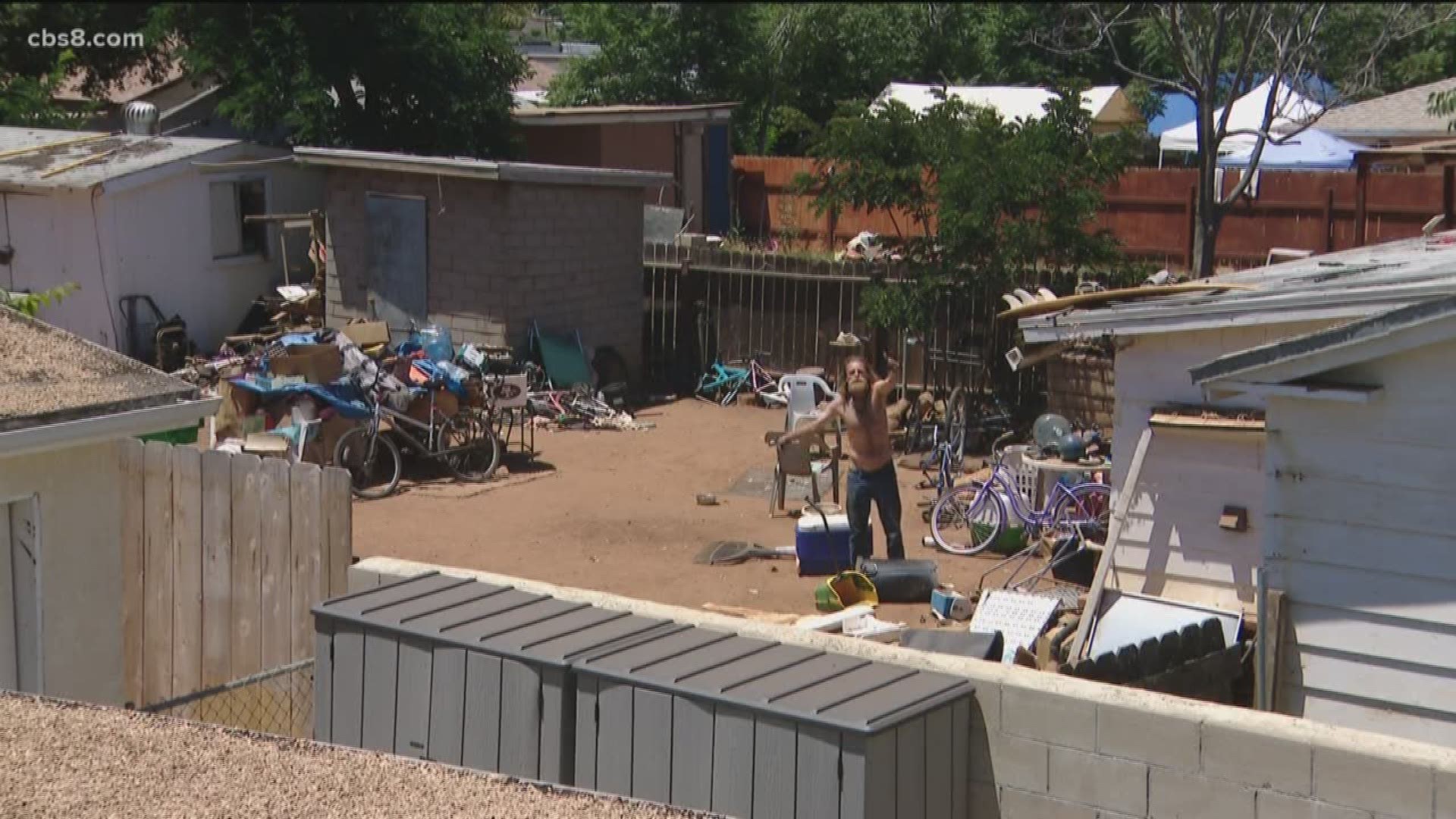 SAN DIEGO — Neighbors living near a trashed-out home in Lakeside are asking for help to get it cleaned up.

They contacted News 8 to complain about drug use, piled up trash, loud arguments and vagrants living on the property.

Soon after our investigative producer showed up with a camera at the home on Lindo Lane, a man started cleaning up trash in the front yard.

Other people at the house climbed in their cars and quickly drove away.

“I've contacted the Sheriff’s hundreds of time over the last five years,” said neighbor Rob Miller, who lives next door to the problem property.

Miller said the house is nothing more than flop house with no power and homeless people living in vehicles.

“They yell at the top of their lungs in the middle of the night. There's trash all over the place, people are sleeping in their cars. They're throwing up and vomiting out in the streets. They're defecating out here. They're urinating out here and it just all night long,” said Miller.

A resident at the property – who identified himself only as Harvey – told us the owner of the home, 60-year-old Margaret Schwab, has a big heart and she wants to give the homeless a place to live.

Sgt. Tim Chantler with the Lakeside Sheriff's Department said his deputies have been called out to the house numerous times.

“Everybody who works in Lakeside is aware of that house,” he said.

“The solution is going to be a long-term solution to work with the property owner and code enforcement to try and clean the property up. This property has been cleaned up in the past,” Sgt. Chantler said.

“They took away all the people. They took a big cleaning crew and took about four dumpsters full of garbage to the dump. It took them two days to do it,” said Miller.

The clean-up operation cost taxpayers $8,500 and liens were placed on the property totaling more than $10,000.

The county admits the owner hasn't paid off any of those liens.

“Here it is. It's right back to where it’s at. It's not as much trash as it was back in 2017 but it's starting to accumulate again,” said Miller.

Three years ago, deputies found a man living in the house’s backyard shed with his 9-year old daughter.

He subsequently was convicted of child abuse and being a felon in possession of a firearm.

Court records show he was sentenced to more than four years in prison.

At this point, Miller says he's running out of options.

“Nobody's doing anything about it.  The neighbors stopped calling police because nothing gets done,” he said.

A San Diego County spokesperson told us the liens will remain on the house until the homeowner either sells or refinances the property.

For now, the county has no plans to foreclose.