The league said two golf carts and blowers that are used to maintain the field were stolen. Someone also cut through fencing on the batting cage. 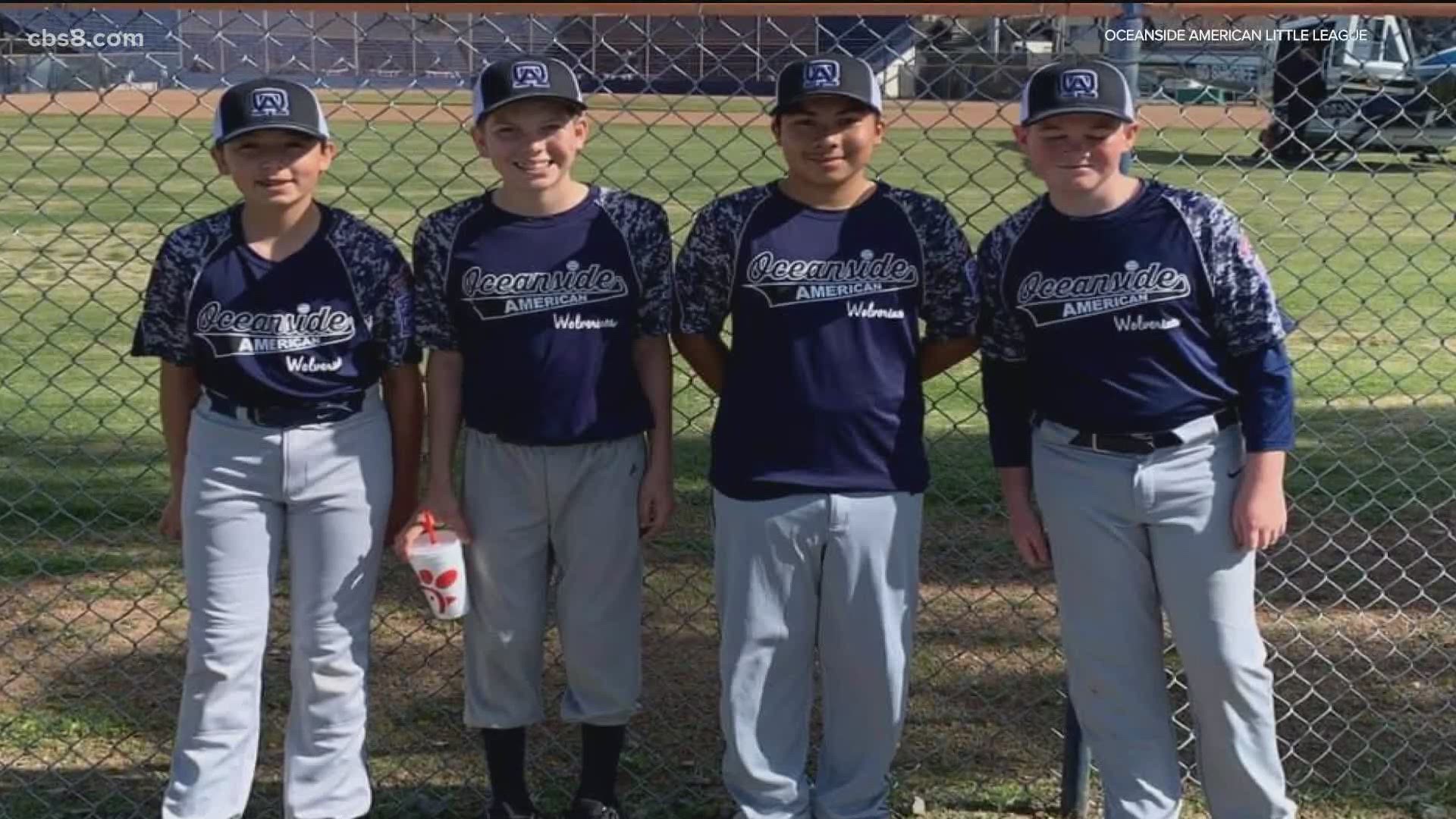 OCEANSIDE, Calif. — Thieves stole equipment worth thousands of dollars and vandalized property belonging to the Oceanside American Little League. The theft was reported Tuesday when volunteers went to check on the property. The league suspended its spring season last month amid the coronavirus (COVID-19)  pandemic.

“My sister actually cruised the fields and she noticed the white chalk around the whole fields,” said Johnny Jimenez, the league’s president. “Then, city personnel found out that our sheds had been broken into.”

The league said two golf carts and blowers that are used to maintain the field were stolen. Someone also cut through fencing on the batting cage.

Jimenez estimates the stolen items were worth about $9,000 in their current condition.

“[Police] did an investigation and [collected] fingerprints,” said Jimenez, who is not optimistic the thieves will be caught. “We maintain our fields with those. We use those daily. They're very counted on. It’s such a bummer just to hear of any sort of break in, let alone two carts missing.”

Police recovered one of the league’s golf carts nearby, but it was damaged and vandalized.

About 200 children, ages four to 14, participate in OALL. Jimenez played in the league as a child and was part of the 2001 team that went to the Little League World Series. Now, with children of his own, he wants the league to continue being a place where Oceanside children can follow their own path.

“That's my whole purpose -- showing these kids that regardless of everything, hard work will out beat talent and hard work will take you wherever you want to take you,” said Jimenez.

The league is accepting donations to help buy new equipment.

Anyone wishing to donate to the league can contact the president at oallpresident@gmail.com.

Anyone with information on the theft is asked to contact the Oceanside Police Department.

Good evening OALL families, our beloved fields were broken into and our fields were vandalized. The two league golf carts were stolen along with many other league items. Thankfully the green one was recovered our white cart is still missing and most likely a total loss for the league. We here at OALL ask that if you have seen or heard any thing to please contact OPD. This is such a big hit for us as we are purely a nonprofit organization. Thank you all One Love One Community - OALL