A group of investors that last week proposed building a new stadium in Mission Valley submitted an application Monday for a Major League Soccer expansion franchise in San Diego to league Commission... 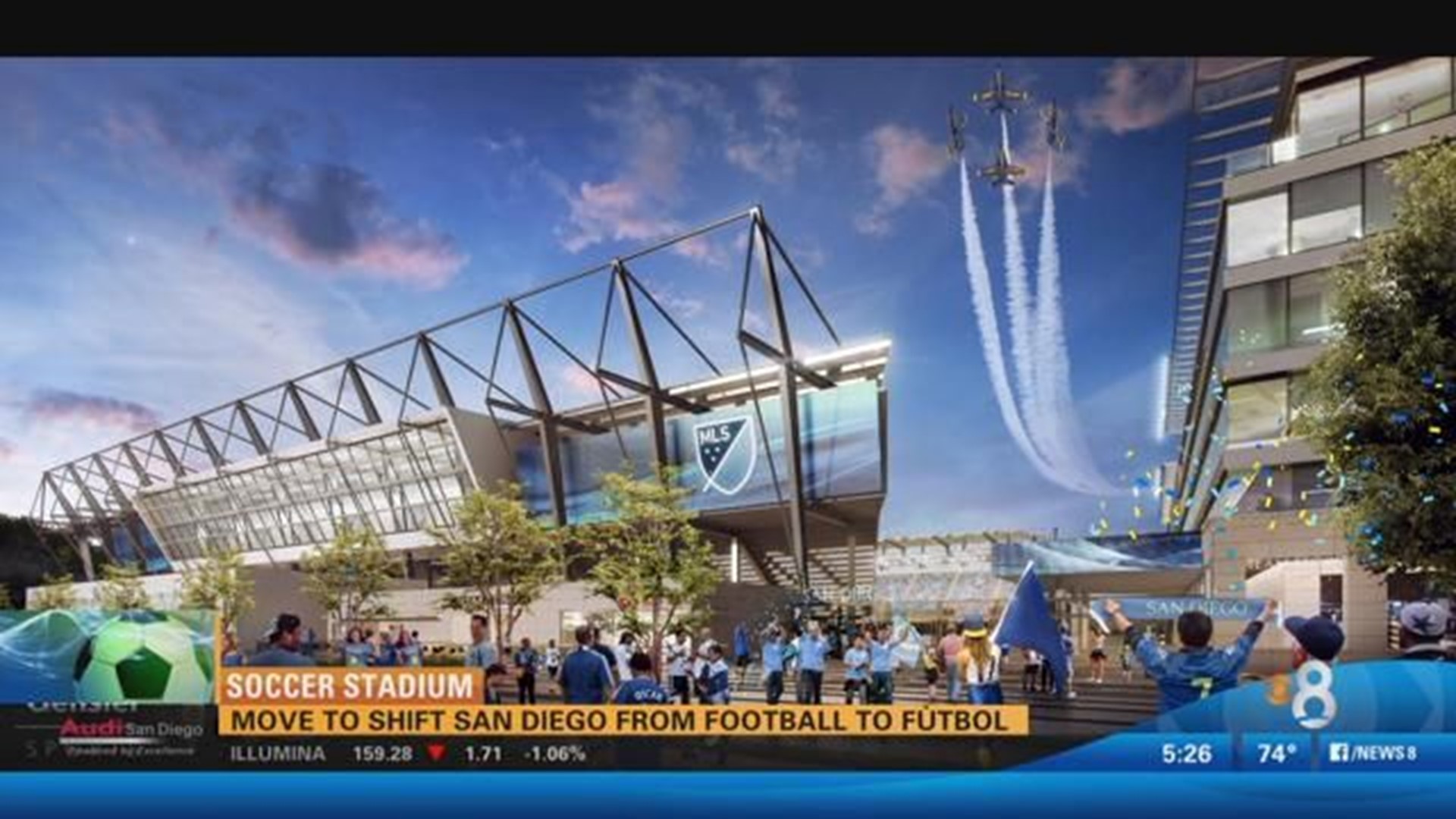 The 24-team MLS is entertaining bids from potential ownership groups to add new members. At a news conference, Garber said he anticipates receiving a dozen applications by Tuesday's deadline, with four to be accepted.

The local bid comes more than two weeks after the National Football League's Chargers announced plans to move to Los Angeles after 56 seasons in San Diego.

City officials are determining how long to keep open Qualcomm Stadium, which is far too large for the MLS and the San Diego State University football team. The Aztecs have a lease through the 2018 season, and are negotiating a two-year extension to provide time to find a new home.

SDSU has been discussing options with the local MLS group, led by investor Mike Stone and Juan Carlos Rodriguez, the president of Univision Deportes. School officials have also been in touch with the Padres about making renovations that would allow football to be played at Petco Park.

At the news conference, Mayor Kevin Faulconer said the city wants to take advantage of an opportunity to remake the 166-acre Qualcomm Stadium property.

The proposal for the property includes building a stadium of undetermined but smaller seating capacity, tearing down Qualcomm Stadium, creating a park along the San Diego River, and constructing residential and commercial buildings. Backers of the plan said no public money would be required.

They also said they would engage the public by collecting signatures that will be delivered to the City Council -- which could either approve the project or place it before voters.

RELATED: Soccer in San Diego: Can it fill the void left by the Chargers?

Rodriguez said there will be other ways for the public to be involved.

He said such opportunities would be available online.

Garber said San Diego checks many of the boxes for MLS expansion, including passionate fans, a young city, a new breed of owners and the stadium vision.