Is there any real way to protect your child online?

The San Diego County district attorney just announced official charges against the man accused of kidnapping a 14-year-old and taking him to Florida. 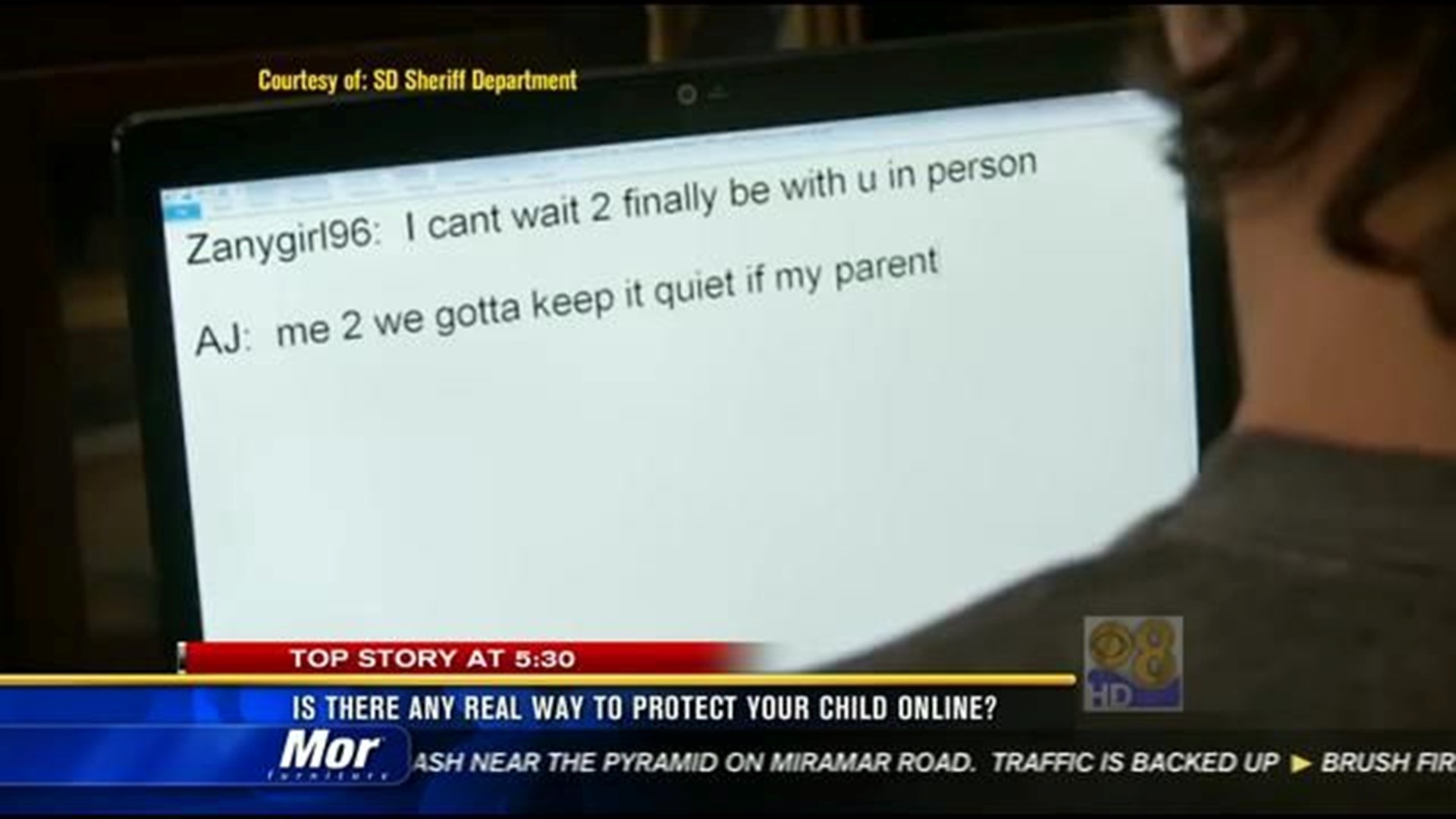 SAN DIEGO (CBS 8) - The San Diego County district attorney just announced official charges against the man accused of kidnapping a 14-year-old and taking him to Florida.

What happened has a lot of local parents on edge, so the San Diego Sheriff's Department has released videos that it says all parents and children should see.

There are two of them, one is specifically geared toward teens.

In addition to warning kids about what to look out for online, the video has a very strong message from a girl who was kidnapped and tortured by an online predator.

"I can't wait to meet you in person. Me too. We gotta keep it quiet."

The three-and-a-half minute long video starts with actors, a teenager and an adult male, having an online conversation.

"Meet you in the food court at one. I'll be there!"

The video then becomes much more real.

"He held me captive in a basement dungeon, chained by the neck. He tortured and raped me and filmed his crimes to share my pain and degradation online."

A girl named Alicia shares her story about how chatting online turned into a terrifying ordeal.

"He groomed me by seeming interested in me as a person."

This is the video the San Diego Sheriff's Office wants your child to see.

It's a harsh reminder just days after police arrested a man in Florida for kidnapping a 14-year-old Escondido boy after the two met playing online video games.

We showed the video to child psychologist Dr. Deborah Pontillo.

"You wanna make sure you're really paying attention to your child."

She says, while it won't stop Internet crimes all together, it's a great starting point.

"The earlier you start talking about it, the better this becomes not just a way of life, but a philosophy."

If your child is young, Dr. Deb recommends explaining the Internet to them without scaring them, with stories like Alicia's.

"You wanna be very explicit about the rules that govern use of Internet in your house and give them more supervision and more guidance."

For the older teen, be upfront. And consider signing a contract with your child, which spells out all the do's and don'ts.

"I think it's always a good idea to set up an agreement with your child and let them know nothing on the Internet is private."

Most importantly, pay attention. Even if your child doesn't listen, they may be telling you something simply by the way they act.

"Cause often times, these are risk factors which lead kids to look to the Internet for companionship and support."

So, it is possible to protect your child if they're prepared.

A good tip - tell your child not to share personal information with someone they don't know.