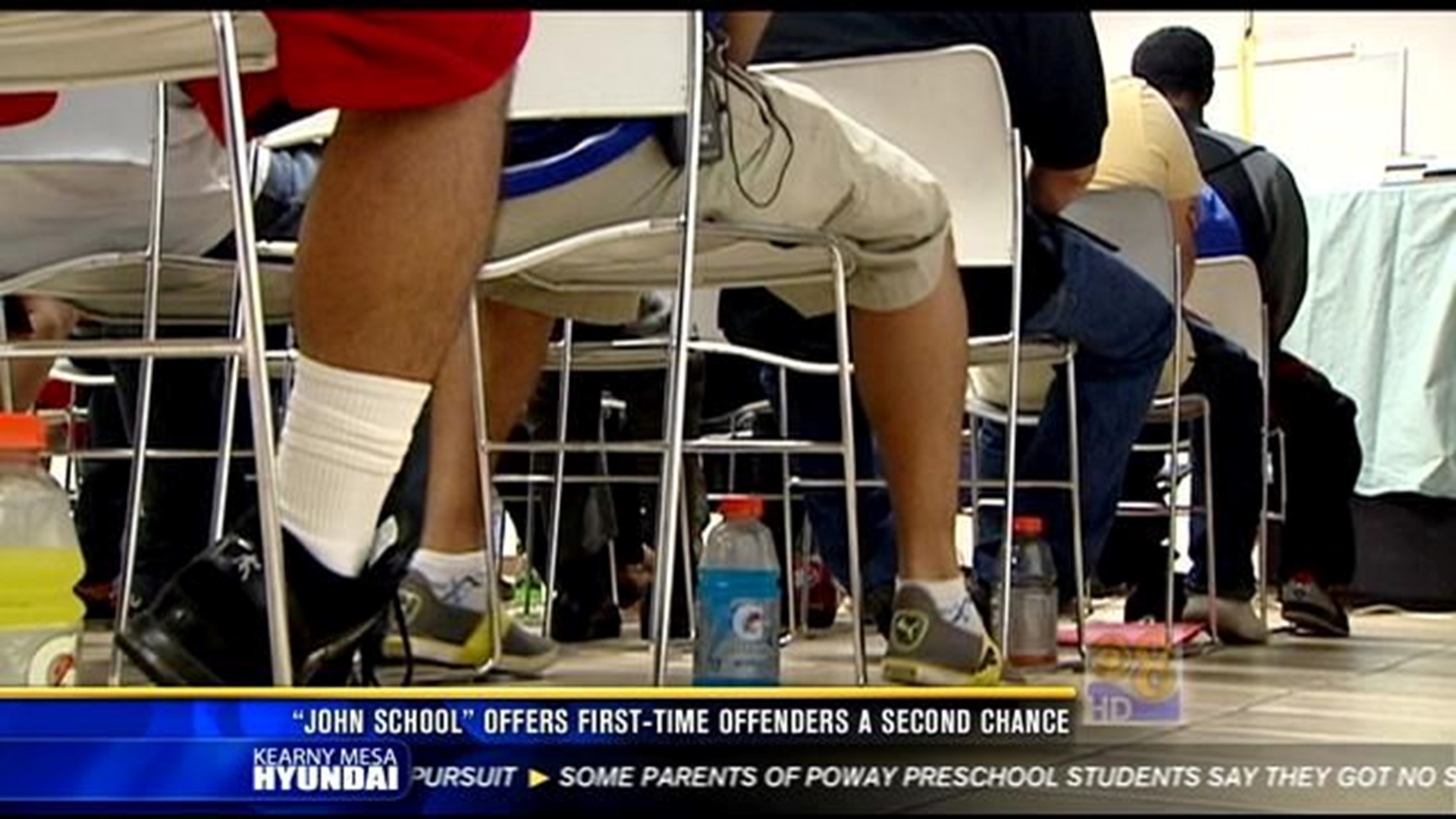 SAN DIEGO (CBS 8) - 'Johns' busted for the first time headed to class Monday evening as part of an innovative program offered through the San Diego City Attorney's office that not only allows them to have their charge reduced, but also provides them with a new perspective on the impact prostitution can have on the entire community.

This "Prostitution Impact Panel" (PIP), sometimes nicknamed "John School," is one of only a handful of programs in the entire state which gives first-time offenders the chance to have their charge downgraded from solicitation to disturbing the peace.

In order to qualify, though, the johns must first listen to the powerful, and often heartbreaking  of women who, for one reason or other, had fallen into prostitution at one point in their lives.

"You can't imagine the nightmare you go through: imagine you are out there selling yourself for drugs and letting people do anything they want to you," San Diegan Kathy Hardy told the group of more than 20 men gathered for the panel held Monday night.

As a former prostitute and recovering drug addict, Hardy now dedicates her life to not only reach out to current prostitutes, but also the johns who solicit them.

Her testimony was part of this innovative and remarkably effective program which has been run through the City Attorney's office since 2002, modeled on a similar program developed in San Francisco.

"You can see the light go off, they get it, and they understand," added Community Relations officer Luis Roman of the San Diego Police Dept.

As part of the three-hour panel, former johns address issues of sex addiction, while community members share their perspectives on how prostitution impacts their neighborhood. Poignant first hand accounts of how the sex trade can destroy the women involved are also showcased during the presentation.

"It is flesh peddling at its worst," said mental health specialist Beverly Fisher. "It is brutal."

The johns in attendance are also schooled in the dangers they expose themselves to, often at the hands of pimps who are controlling the prostitutes.

"We've had guys who have been robbed, stabbed, shot, raped," one undercover vice officer told the group.

Over the past 12 years, this program has also proven to be remarkably effective based on its recidivism rate.

According to the City Attorney's office, of all the offenders who have attended this panel, less than four percent of them have ended up committing the same or a similar crime.

First time offenders who opt for this program pay a $200 fee to attend the panel. As with all offenders convicted of soliciting prostitution in San Diego, they are also required to undergo HIV testing and counseling.