A rescued Goldendoodle, who lives in Arizona, is living with severe cerebellar hypoplasia and he is using this Instagram account – with over 26,000 followers - to raise awareness about the disorder. 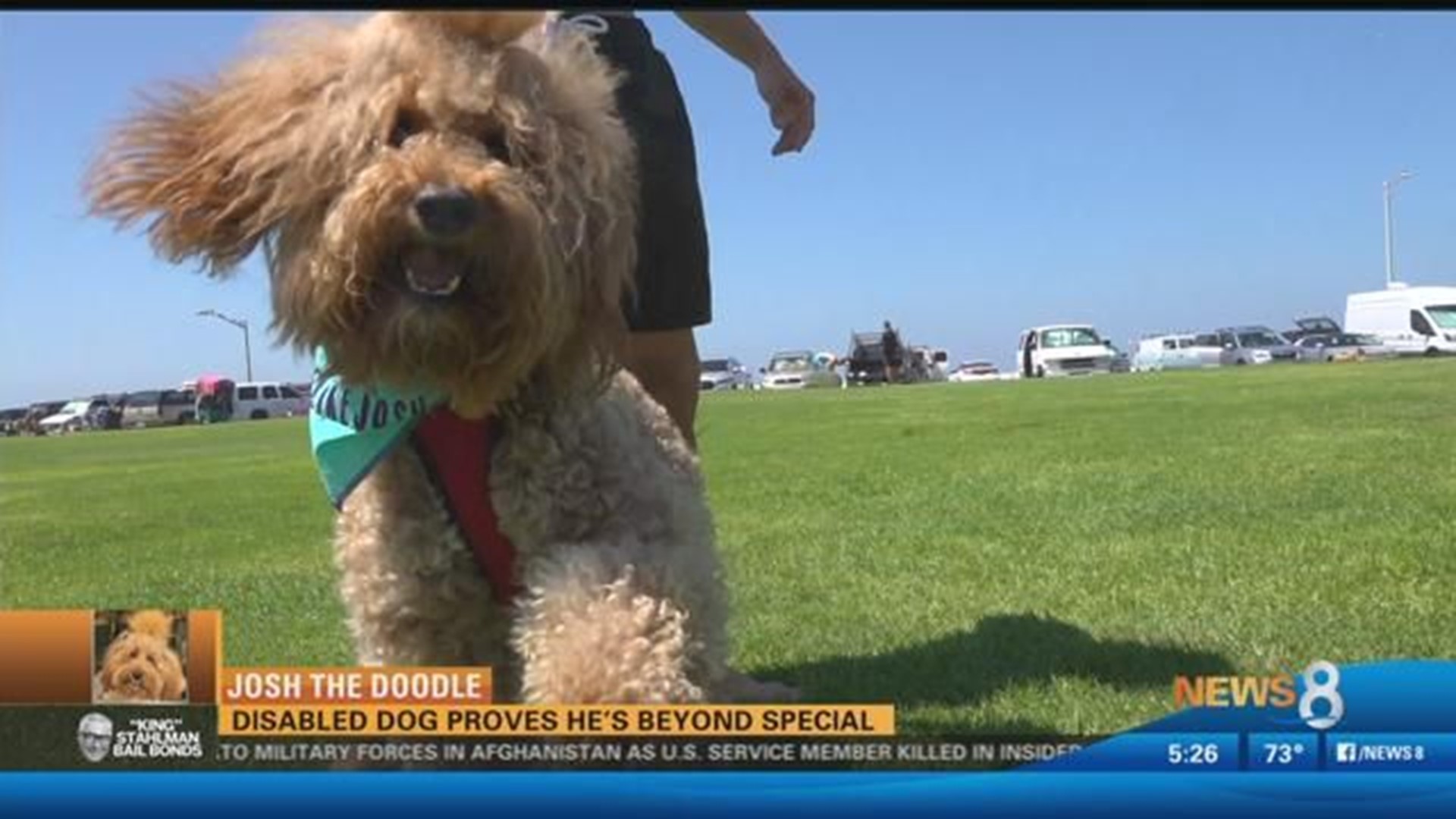 SAN DIEGO (NEWS 8) – A rescued Goldendoodle, who lives in Arizona, is living with severe cerebellar hypoplasia and he is using this Instagram account – with over 26,000 followers - to raise awareness about the disorder.

When Andrew Hangartner and Kimberly Elliot adopted Josh last September, they had no idea just how many people his story would touch. Josh is hard to miss, even at a beach park full of dogs. He’s the goldendoodle with wild hair, a man bun and endless swagger.

“I mean, all of our dogs are happy but he’s the happiest,” said Andrew. The couple are parents to six rescue dogs.

While CH makes it difficult for Josh to get around, the condition is not painful and does not worsen over time. “Essentially, it is an under development of the cerelum, which is the part of the brain that controls function,” Kimberly.

In Josh’s mind, he is walking like any other dog. “Since he is pain free and he is so happy, we just kind of embrace a different way of life with him. It is our new normal and he’s part of the pack,” said Kimberly.

This year, Josh’s pack catapulted to internet stardom after the couple started posting pictures and videos of them on social media. “Before we knew it, people were sharing it, liking and the dodo contacted us and that’s when things took off,” said Kimberly.

The dodo video has since been viewed 4.7 million times. “They are so fascinated by his mobility issues – sort of how we navigate the day to day and they loved his smile,” said Kimberly.

Josh’s carefree spirit and determination has inspired others to be just like him. “I cannot tell you how many people have messaged me interested in adopting a special needs dog or donating to the cause or just rescuing and fostering. I do feel it has made the impact,” said Kimberly.

The couple believes Josh’s CH was the result of bad breeding practices. Andrew and Kimberly, who own a gym in a Phoenix suburb, are helping him with rehabilitation.

“When he falls down they see him get right back up and keep going. It’s inspiring,” said Andrew.