Four businesses were asking a judge to issue a temporary restraining order that would allow them to continue operating indoors. 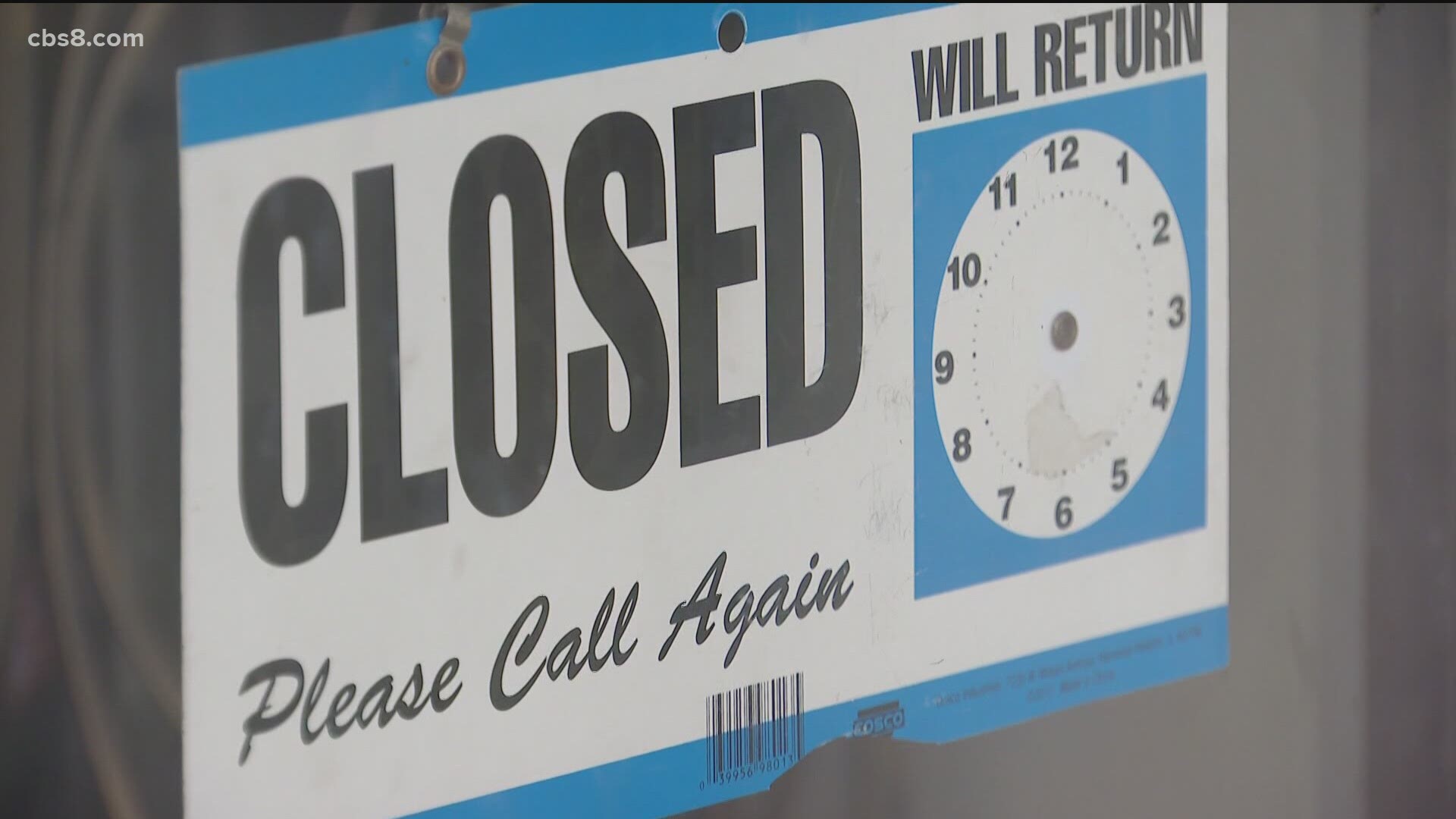 San Diego Superior Court Judge Kenneth J. Medel heard arguments Friday on the lawsuit, which was filed earlier this month on behalf of Cowboy Star Restaurant and Butcher Shop, Home & Away Encinitas, Fit Athletic Club and Bear Republic, shortly before indoor operations were suspended for nonessential businesses in the county due to rising COVID-19 case numbers.

The businesses sought a temporary restraining order halting the prohibition on indoor operations, contending that San Diego County's increased case numbers are not a result of exposures at restaurants, gyms and other types of businesses impacted by the closures.

While Medel and the state conceded pandemic restrictions have created negative economic impacts for businesses, both stated the public health concerns outweighed those harms.

In his ruling, Medel wrote, "In the court's mind, the impact on public health of dismantling a portion of the state's COVID-19 response designed to reduce community spread outweighs the economic harm to plaintiffs at least pending further examination of these issues in any upcoming hearing on preliminary injunction."

A status conference was scheduled for Dec. 2 for discussion regarding a preliminary injunction hearing.

Wilson Elser, the law firm representing the businesses, declined comment on the ruling, stating through a spokesperson that it does not comment on active lawsuits.

"Penalizing the impacted sectors for case increases is wrong, as these sectors continue to do the right things, while trying to weather the ongoing pandemic and the back and forth of reopenings," Wooten's request states.

Deputy Attorney General Jonathan Eisenberg, representing the state, said Wooten's conclusions were based on case numbers that have since increased and cited statements she made during a Nov. 17 San Diego County Board of Supervisors meeting, which drew a different conclusion.

During the meeting, Wooten said "the numbers have expanded" since she made her request to the state.

"We couldn't in good conscience create that same argument since that adjudication submission was sent to the state," Wooten said while answering questions from the Board of Supervisors.

Eisenberg called the recent spike in cases "an unprecedented surge" with record numbers being reached at the state, local and national level.

Saying the lawsuit was based on outdated figures, Eisenberg cited a study submitted to the court which he said indicated full-service restaurants and gyms are "the top spreader locations" of virus infections.

Katz argued that study was done early in the pandemic and without taking the sanitation measures businesses have implemented into account.

The businesses allege in their complaint that they may be forced to close permanently if indoor operations don't resume and that outdoor and takeout service will not make up for the economic losses incurred thus far.

While Eisenberg acknowledged that businesses are suffering from "great economic hardship," he said "the balance of harms here is overwhelmingly in favor of keeping these restrictions in place."