A memorial paddle-out was scheduled for Sunday to honor the memory of former Chargers star Junior Seau in front of his Oceanside home. 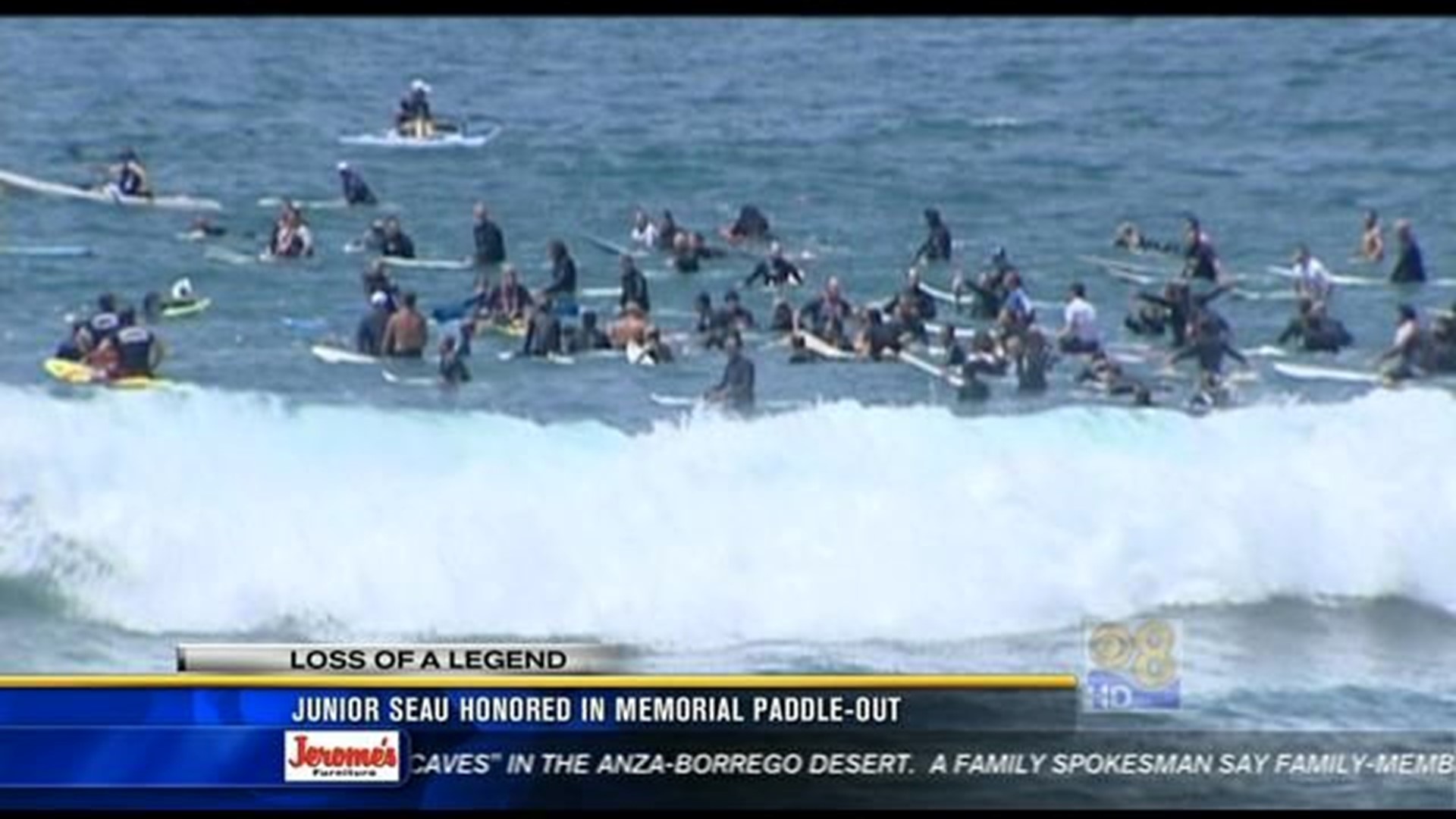 OCEANSIDE (CNS) - Friends and fans of ex-Chargers linebacker Junior Seau, who killed himself Wednesday with a shot to the chest, held a paddle-out memorial in front of his waterfront home in Oceanside Sunday.

Seau was an avid surfer.

A private church memorial is scheduled for Friday, and a public remembrance on Saturday will be held Oceanside High School, where he graduated in 1987.

The public's response to Seau's death was swift. Crowds gathered outside his home, and makeshift memorials soon sprung up there, at his namesake restaurant in Mission Valley and at Chargers offices in Murphy Canyon.

Seau, who was of Samoan descent, was also known locally as a philanthropist, focused largely on helping vulnerable youths in and around Oceanside, home to one of the largest populations of South Pacific islanders in the country.

In 1992, he created the Junior Seau Foundation, an organization formed to raise money and other resources for programs that educate young people and guide them on positive paths. The 20th anniversary Junior Seau Celebrity Golf Classic fundraiser was held in March at La Costa Resort and Spa.

Seau, 43, had been a standout athlete at the University of Southern California. He would later play 20 seasons in the National Football League, mostly for the Chargers, but also for the Miami Dolphins and New England Patriots.

Considered one of the best linebackers in the game, he was elected to 12 consecutive Pro Bowls as a member of the Chargers. He retired from football in 2010.

Signs of something wrong behind Seau's ever-sunny public persona surfaced about 18 months ago. On Oct. 18, 2010, he was arrested after his 25-year-old live-in girlfriend reported that he had assaulted her.

Later that morning, five hours after bailing out of jail, he drove his 2004 Cadillac Escalade over a 30-foot coastal cliff and onto Carlsbad State Beach, suffering minor injuries.

Some sports medicine experts have suggested Seau may have suffered brain damage from repeated blows to the head, and that may have brought on depression. On Friday, his family announced that a sample of his brain would be examined for evidence of football-related damage.

Seau is survived by two sons and daughter by ex-wife Gina Deboer. They divorced in 2002.

THIS IS AN UPDATE TO THE PREVIOUS STORY BELOW.

OCEANSIDE (CNS) - A memorial paddle-out that was scheduled for Sunday was one of several public and private events that will be held to honor the memory of former Chargers star Junior Seau.

The paddle-out was scheduled for noon in front of Seau's beachfront home at 604 South The Strand, in Oceanside.

The San Diego Chargers will host a public celebration of life in honor of the former linebacker and community icon at 6:30 p.m. May 11 at Qualcomm Stadium, according to team officials. Guest speakers share stories and memories of the positive impact Seau made.

The Qualcomm parking lot is scheduled to open at 2 p.m. and gates at 4:30 p.m. Team officials expected a large crowd and urged attendees to arrive early and carpool or take the trolley.

Tiaina Baul "Junior" Seau, Jr., 43, died Wednesday from a self- inflicted gunshot wound to the chest, according to the San Diego County Medical Examiner's Office and Oceanside police.

Donations in Seau's honor can be mailed to the Junior Seau Foundation, 5275 Market St., Suite B, San Diego, CA 92114 or online at juniorseau.org.