Jurors Wednesday reached a verdict in the trial of the wife of a Navy doctor accused in his stabbing death in 2010. 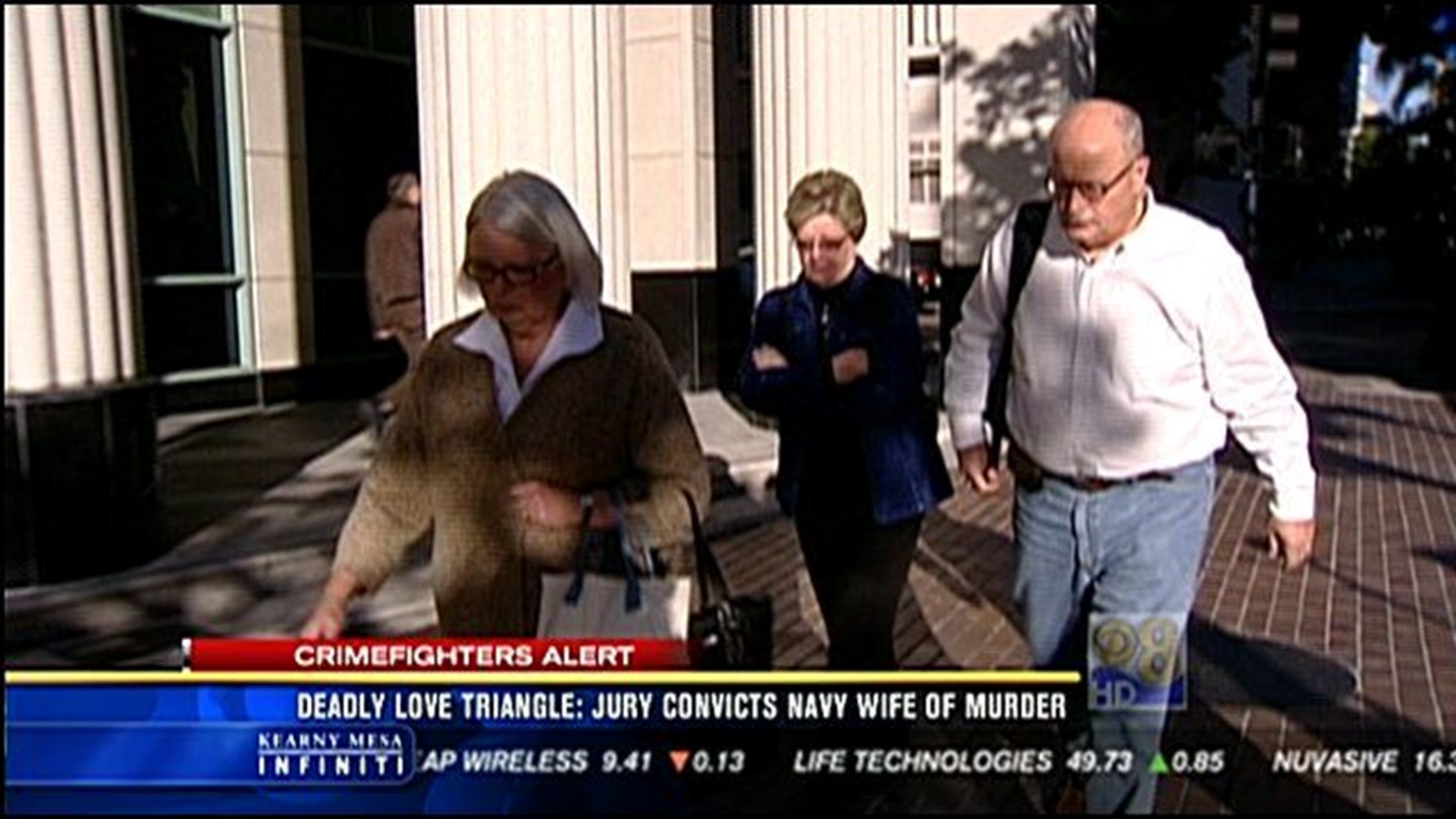 SAN DIEGO (CNS/CBS8) - A woman who stabbed her Navy doctor-husband in bed three months after learning he was having an affair was convicted Wednesday of second-degree murder.

Jennifer Trayers, 43, stabbed Dr. Frederick Trayers on the morning of Dec. 4, 2010. Prosecutors had sought a first-degree murder conviction, while a defense attorney urged jurors to convict Trayers of voluntary manslaughter.

Deputy District Attorney Fiona Khalil said she was satisfied with the verdict.

"I feel that we gave the jury everything that we could possibly give them," the prosecutor said outside court.

By its verdict of second-degree murder, the jury found that the killing was intentional but not premeditated.

Defense attorney Kerry Armstrong said he was "sad" about the outcome.

"Obviously, second-degree is better than first-degree, but it's still very disappointing, when you put your heart and soul into a case for 12 months -- 14 months -- and she's not going home in a couple years like I'd hoped."

Armstrong said Trayers had very little to say after the verdict was announced.

"She feels absolutely horrible about what happened to her husband," Armstrong said. "I know this sounds strange to say, but she still loves him, she really does."

Trayers mom, dad and aunt left the courthouse in tears. Her aunt, with a heavy heart, told News 8, "There is nothing to say."

In her closing argument, Khalil said the defendant lied and presented a "false concoction" when she told the jury how she killed her 41-year-old spouse.

Trayers testified that she was frustrated by her husband's refusal to speak to her about his affair when she went into the bedroom with a butcher knife and asked him how to kill herself. She said she and her husband struggled over a sharper military knife that he pulled out, and she stabbed him in the back of the neck.

The defendant said her husband stood up and pulled the covers off the bed, then she blacked out and couldn't remember stabbing him 10 more times, including two lethal stab wounds to the chest.

Khalil said the evidence didn't support the defendant's story and that, in fact, she attacked her husband in bed after he had taken sleep medication.

Armstrong said his client attacked her husband while in a "total uncontrollable rage" three months after finding out he was having an affair with a younger woman he met on a hospital ship.

Trayers found herself on an "emotional roller coaster" because her husband told her he would never leave her but at the same time was telling his mistress that he loved her and wanted a divorce.

The defendant installed spyware on her husband's computer and intercepted hundreds of emails between him and his girlfriend discussing how they wanted to get married and have children, Armstrong said.

Trayers sent an eight-page email to her husband's mistress the morning of the murder, telling the woman "My husband is NOT going to be yours" and "I was the last person he was with."

Armstrong said that email was a problem for Trayers' defense.

"This would have totally been a different case if it wasn't for that email that was sent that morning," Armstrong said. "I don't even think they (prosecutors) would have gone on a first-degree murder theory at that point. I could be wrong, but I don't think they would have."

Trayers faces 16 years to life in prison when she is sentenced March 9 by Judge Joan Weber. Had Trayers been convicted of voluntary manslaughter, she would have faced 4 to 12 years in prison.