It's a special day at a local Kaiser Permanente center. 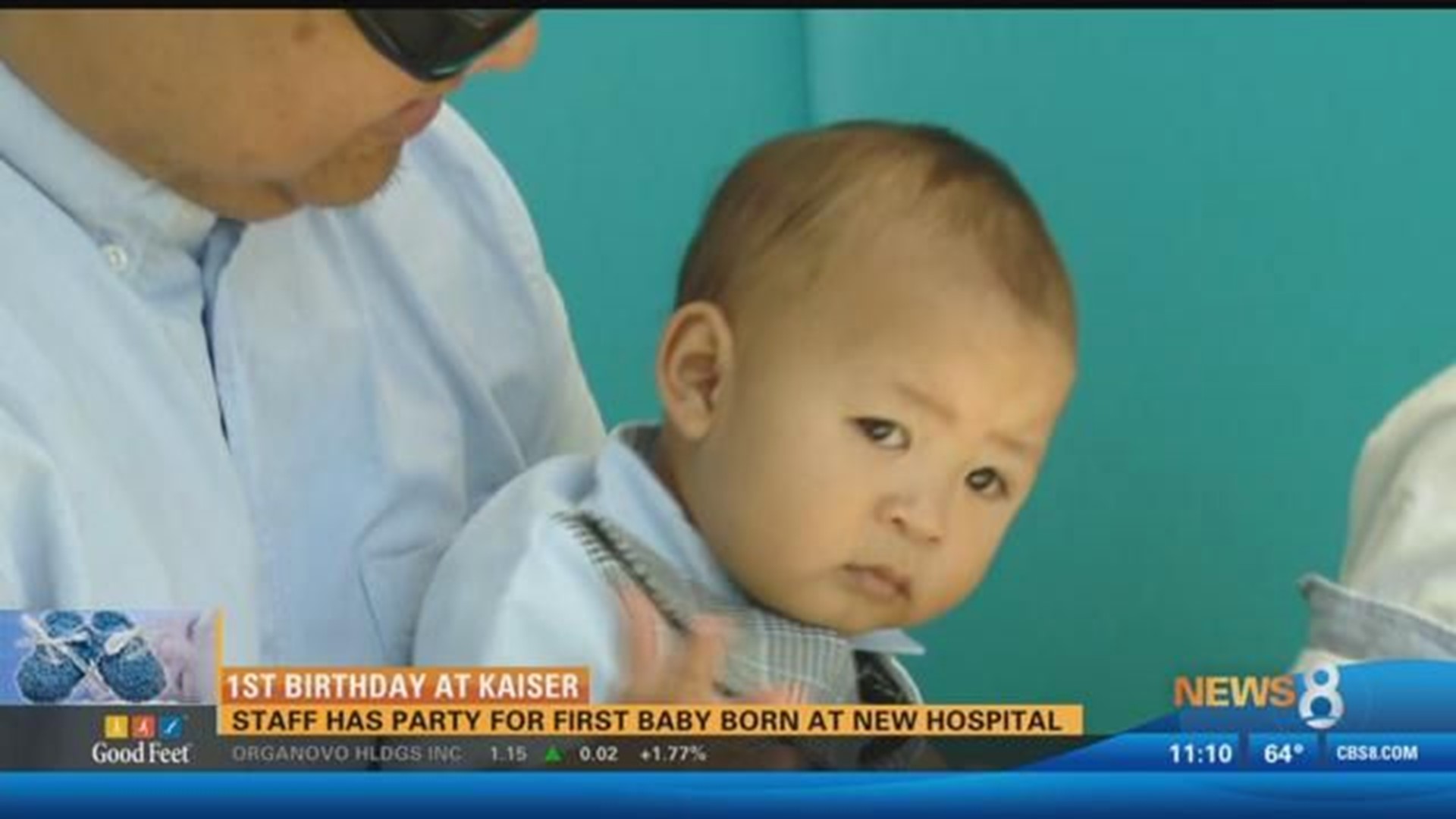 SAN DIEGO (NEWS 8) - It's a special day at a local Kaiser Permanente center. Wednesday marks one year since the first baby was born at its new hospital in Kearny Mesa.

What better way to celebrate than with a big party! There were treats, signs and the most important thing, the birthday boy, Kingston!

His mom is a Kaiser nurse and as it turns out, she did not expect him to come when he did.

The Kaiser staff gathered together to wish Kingston a very happy birthday. Kingston was joined at the party by his parents and his big brother Mason. He also has a new little brother on the way.

While he was the star of this party, it was also a celebration for the entire hospital which opened on April 25th, 2017.

The hospital has all the bells and whistles and is considered the most energy efficient in the state.

Chief Operating Officer, Sammy Tota says it has been a labor of love.

In the past year, more than 4500 babies have been born at the hospital.