Hidden in a team huddle at Kearny High School, is a second baseman who inspires. 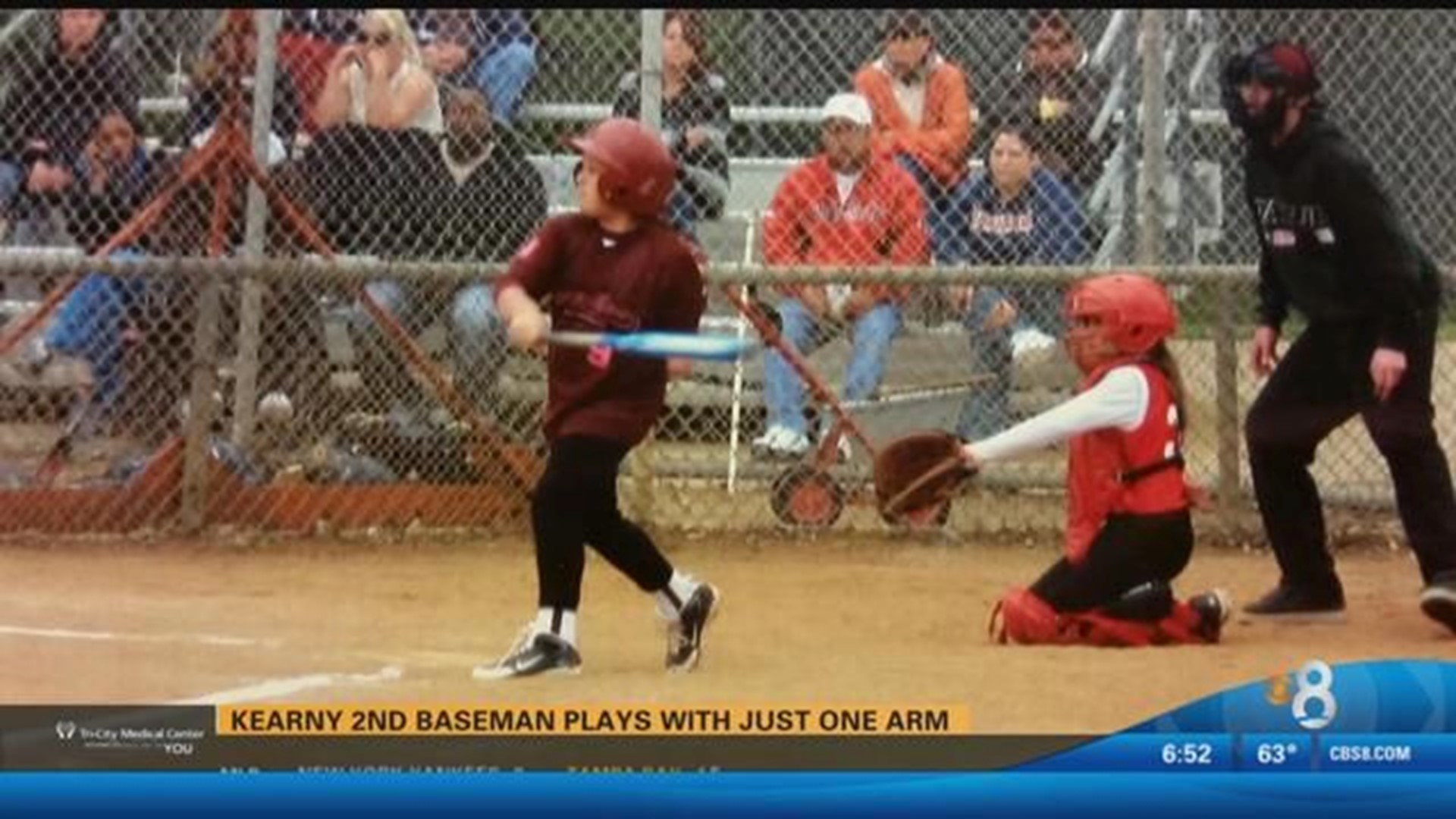 SAN DIEGO (CBS 8) - Hidden in a team huddle at Kearny High School, is a second baseman who inspires.

Gianna Orozco was born with one arm and early in life, it kept her down.

"I didn't want to do any sports cause I was scared people would make fun of me, or I would suck at it," she said.

Tired of feeling self conscious about a prosthetic, she stopped wearing it around seven-years-old.

She first played softball at age nine, when her dad forced her to go to practice.

"I didn't know any of the girls, but the girls accepted me and treated me fairly. That's when I clicked to softball. It's really changed me a lot. If I never played softball I don't know where I'd be right now," she said.

Her high school teammates have accepted her just like her rec-ball teammates did years ago.

"Not only do I play it because I'm good at it, I play it to inspire others that they can do anything," she said.