Keeping an eye on thieves with DIY home security systems

The number of people going out and buying their own do-it-yourself elaborate home security systems is increasing, according to police. 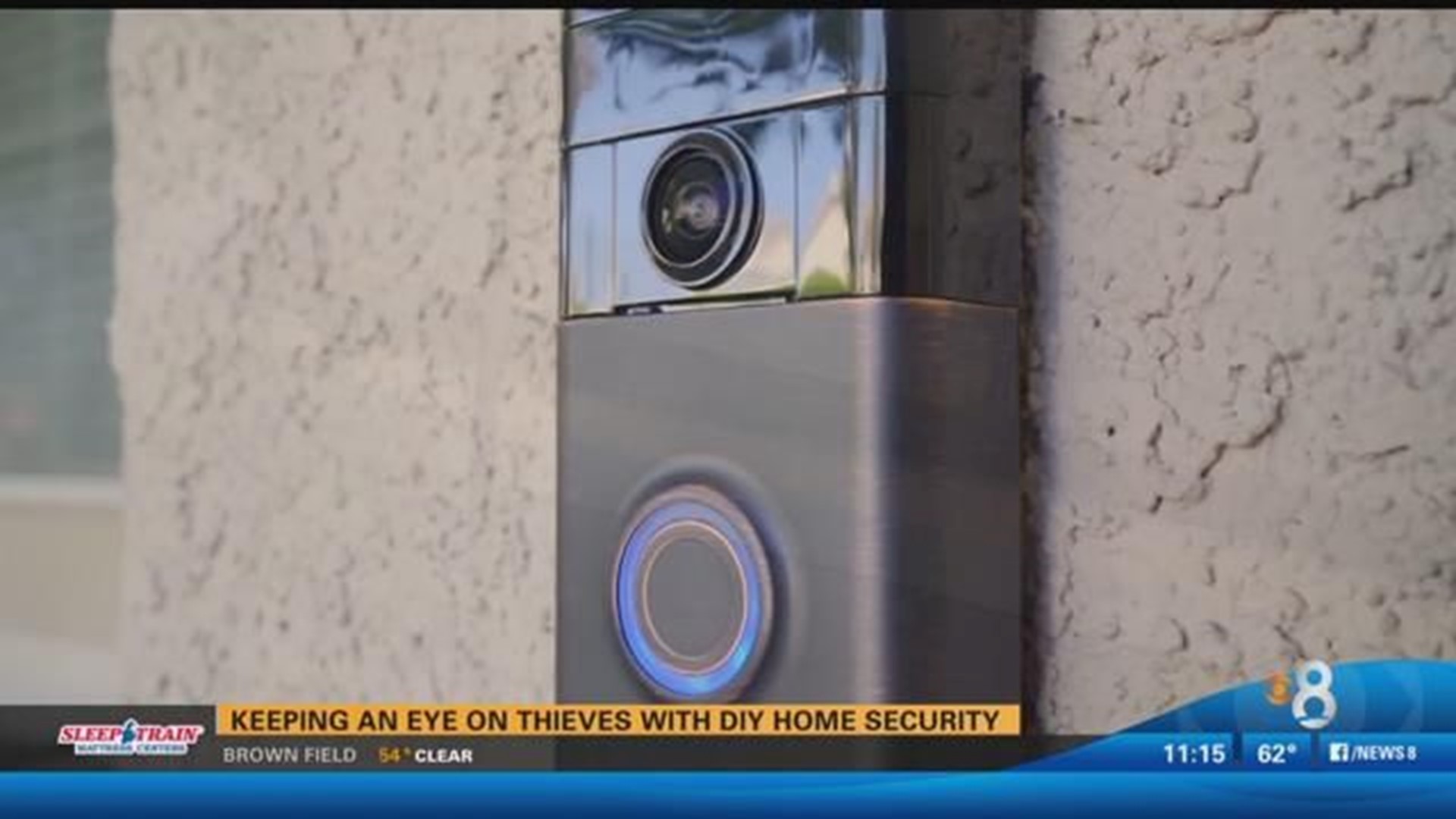 SAN DIEGO (CBS 8) - The number of people going out and buying their own do-it-yourself elaborate home security systems is increasing, according to police.

Clairemont resident Michael Gibson caught a suspected package thief on his do-it-yourself camera. Since then, he has upgraded to the WiFi enabled Nest Cam that sends him motion alerts to his cellphone or tablet while saving the footage on a cloud.

"You can't say it wasn't me - yeah it was you, we saw you. [Footage] instantly gets backed up and I can view it from anywhere," he said.

Another DIY gadget is Ring - a WiFi enabled camera that can be placed on a home's doorstep and will allow the homeowner to speak with the person outside.

Ring is often used to catch package thieves because it detects motion or when someone presses the doorbell - sending the homeowner an alert to his or her smartphone.

According to police, during neighborhood watch meetings, at least two to three families said they already had cameras installed in their home. The devices are helping solve cases, especially when homeowners are able to share images and alerts with other neighbors on apps like NextDoor - an online neighborhood watch forum.

"The professional cameras may have more, may have more angles, but if happen to get a close up to a suspect it can be very beneficial in helping us catch criminals," said Larry Hesselgesser, San Diego Police Department Community Relations Officer.

DIY cameras can cost about $200 and have a $10 monthly fee. Professional cameras, on the other hand, can cost about $800 annually and in most cases, do not include equipment costs.

Imperial Beach resident Jim Mclusky said his son's car was stolen, but for about $25 each on Amazon he was able to install ten solar-powered motion lights around his home and on his dark sidewalk.

"You don't have to wire or anything. You just zip tie them on palm trees or fences and it works fantastic," he said. His wife Cindy said she feels "a lot better knowing that the person is most likely to move on with all the lights and dogs."

While one cannot put a price on safety, San Diego homeowners said DIY security is more about being responsible for one's own safety.

You can also set up unused devices like a tablet and download surveillance camera apps such as Many Thing and use them as a web camera.

Other DIY security systems include: Piper, recommended by Consumer Reports and IP Webcam, powered by Android.