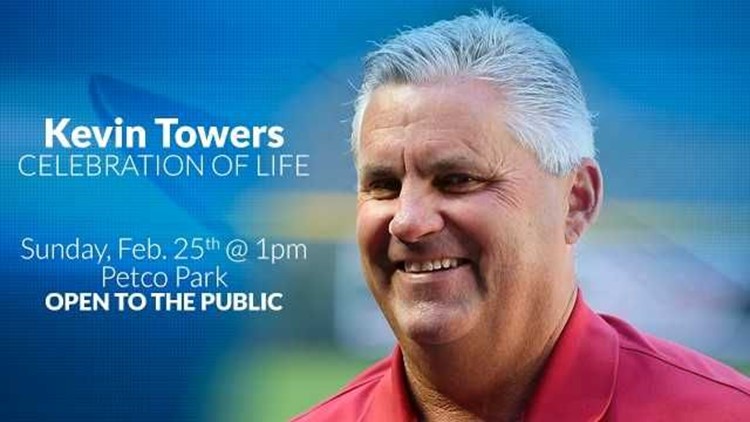 SAN DIEGO (NEWS 8) - Padres fans will have a chance to pay tribute to the team's former general manager Kevin Towers. The organization announced it will host a celebration of life for Towers - who died after a battle with thyroid cancer.

The service will take place at 1 PM Sunday, February 25th at Petco Park. Free parking will be available at the tailgate park on Imperial Avenue and the garage on 10th and "J" streets.

The 56-year-old Towers was employed with the Padres from 1995 to 2009, during which time the team won the National League West four times and reached the 1998 World Series against the New York Yankees. He was general manager of the Arizona Diamondbacks from 2010 to 2014.

Towers was diagnosed with anaplastic thyroid cancer in late 2016, but news of that diagnosis didn't become public knowledge until October during Game 4 of the World Series. That when's Houston Astros manager A.J. Hinch held up a placard with Towers' name during a mid-game promotion for the research fund- raising organization Stand Up to Cancer.