Kratom: The leafy green plant that could help with opiate withdrawals

There has recently been plenty of buzz over a plant-based drug that users take for recreational and medicinal reasons and it’s not marijuana - it’s Kratom. 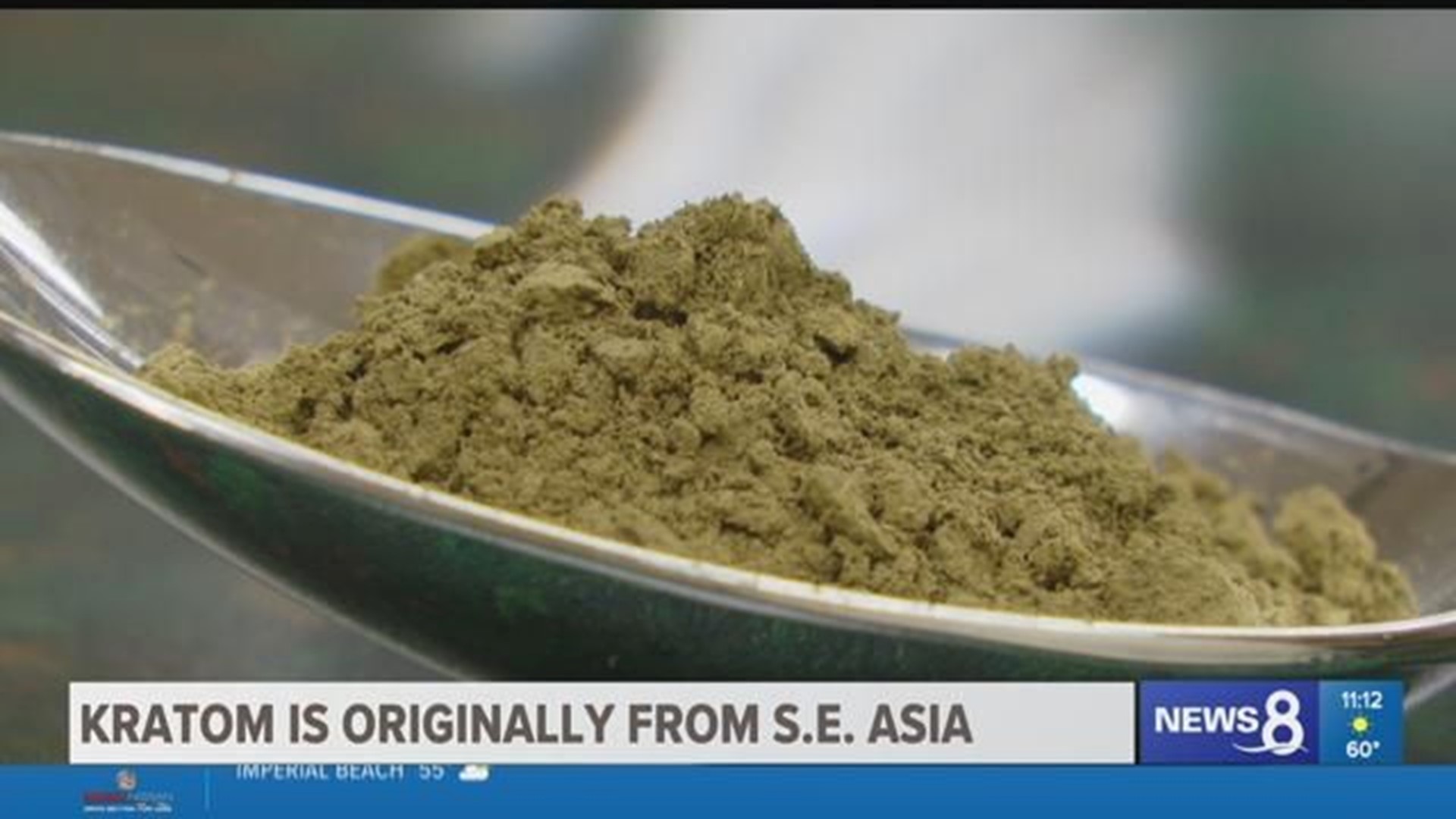 SAN DIEGO (NEWS 8) – There has recently been plenty of buzz over a plant-based drug that users take for recreational and medicinal reasons and it’s not marijuana - it’s Kratom.

Kratom is a leafy green plant that grows in Southeast Asia. Users grind it into a fine powder and then mix it into liquids to drink. It has received notoriety because of its reported aid for those suffering from opiate withdrawals.

According to the American Kratom Association, the herbal supplement can also be used to treat pain and depression. It is sold in parts of the United States and parts of San Diego County, but it remains illegal in the City of San Diego.

One of the many individuals using Kratom is Barbara Rago. Before she was constrained to hospitalization, Barbara was a nurse who, herself, visited patients. She loved her job, but a life-changing diagnosis put all of that on hold.

“Four years ago, I was diagnosed with spinal arthritis-sciatica – a bunch of degenerative diseases that left me unable to walk. Pretty much I was in bed for a whole year. It was excruciating. It left me unable to work. I couldn’t function,” she said.

Barbara was prescribed a bevy of prescription pills to help ease the pain. Her tolerance went up and eventually doctors told her she would need to stop using the drugs.

Then came the withdrawals. “It had me in the corner going up crying – it was horrible, horrible.” Desperate for a remedy, Barbara turned to Kratom. “It’s a miracle. It saved my life. It changed my life,” she said.

The Food and Drug Administration has not approved the use of Kratom. In a 2017, public health advisory, the FDA said it was aware of 36 deaths associated with Kratom products.

Dr. Richard Clark is the director of toxicology at UC San Diego Health Center. He said “it’s too early to be recommending it to anybody for anything at this point.” While he has seen reports of Kratom’s benefits, he believes there has not been enough research done to qualify it as a safe option.

Currently, the DEA is reportedly awaiting analysis on the supplement before potentially banning it.

“Depending on where you get it from, you may not have any idea of what the purity is or if it is even Kratom to start with,” said Dr. Clark.

Andrew Graham is the owner of Bumblebee Botanicals in La Mesa – a health and wellness store that specializes in Kratom. “I think [it] would be a very bad thing [to ban Kratom] because we, and the FDA will admit this, don’t know enough about this and it [a band] would prevent us from getting there.”

Graham said he is skeptical of the information put out by the FDA regarding Kratom. He further says customers of his, like Barbara, are rarely reporting any side effects and are themselves trying to kick FDA approved narcotics. “A lot of those things have dangerous side effects and bad baggage. People are definitely searching for what they think is a better alternative.”

For Barbara she was willing to take the chance with the unknown – without it, she said, life could not be the same. “If I go back to my bed and can’t work and can’t function – it would be horrible.”

According to Pew Research Center, Kratom is illegal in six states includuing the District of Columbia. The cities of Denver, Colorado and Sarasota, Florida have also banned it – similar to the City of San Diego.